In this, the third and final article in this series, lawyer Andrew Tonge continues his review of the 2nd Edition of the Approved Code of Practice for Recreational Diving Projects (ACOP) to the Diving at Work Regulations 1997 (DWR).

In this article, I will look at the remaining duties of the diving contractor, primarily by reference to supervisors and dive teams.

This article, as with other articles I have written and will write, is not legal advice, but is simply by way of illustration. Each case or set of circumstances is wholly different and before any steps are taken, anyone that is unsure of his or her legal position should take specialist legal advice.

The DWR and ACOP apply to diving involving the training or supervising of recreational divers within the 12-mile limit of British territorial waters, where some or all of the divers are at work (including volunteers, paid employees and those divers on courses or under supervision and guidance).

Regulation 4 of the DWR makes very clear that:

every person… engaged in a diving project… shall take such measures as it is reasonable for a person in his position to take to ensure that [DWR] are complied with.

The ACOP guidance on this point says that there are a number of people whose activities can have an involvement with or impact on the conduct of a diving project and who therefore have responsibilities for ensuring that the DWR Regulations are complied with in relation to matters under their control.

Is ensuring compliance with the Regulations, in relation to matters under their control (ACOP), the same as taking such measures as it is reasonable for a person in his position (DWR)?

What measures are reasonable for surface cover to take, in ensuring that the DWR is complied with, for example?  What matters are under their control? If the surface cover sees the supervisor proposes a dive without adequate redundant breathing gas, or adequate numbers in the dive team, as examples, is the surface cover bound to stop the dive going ahead? If the dive isn’t stopped, do they face criminal liability?

Is that position different for, say, the supervisor or other diver in the dive team?

The answers are not spelled out in the ACOP, but what is clear is that every person involved in a recreational diving project may be responsible for breaches of the DWR and ACOP and resulting incidents.

The diving contractor must appoint one supervisor of every diving operation.

The ACOP states that the written appointment of the supervisor should clearly define the times and areas of control. The supervisor must have immediate overriding control of all safety aspects of the diving operation for which they are appointed.

While there is no prescribed way in which the written appointment is to be made, it is advisable that the diving contractor and the supervisor sign and date the making and accepting the appointment.

According to Regulation 9 (2) of the DWR, no person shall be appointed, or shall act, as a supervisor unless he is competent and, where appropriate, suitably qualified to perform the functions of supervisor in respect of the diving operation which he is appointed to supervise. It is clear that this Regulation puts an obligation on both the diving contractor and the supervisor.

The ACOP states that in order to be appointed as a supervisor, the individual concerned should hold an appropriate qualification from their recreational diving organisation which indicates that they are qualified in dive leadership and organisation, rescue management and the recognition and treatment of diving-related injuries.

It goes on to state that before appointing a supervisor, the diving contractor should ensure that, in addition to possession of the appropriate qualification, the individual concerned has relevant previous experience and can be considered competent to supervise the specific diving operation to be undertaken.

It is clear that qualified does not simply mean the holding of a qualification. It means qualified in the wider sense of not only holding the relevant paper qualification, but also being experienced and competent given what the supervisor is asked to do or may come across.

The duties of the Supervisor are not for the fainthearted. Regulation 10 of the DWR sets out those duties. The ACOP provides guidance to Regulation 10.

To use the phrase legal responsibility, seems to suggest that the prosecuting authorities want to make clear that any deficiency on the diving operation will fall squarely at the feet of the supervisor, irrespective of the duties of the diving contractor or others.

However, it must not be assumed that the because the ACOP may not use the phrase legal responsibility, in describing the role of others involved in the diving project, that no legal liability may attach to those other people. Breaches of the DWR and ACOP by anyone involved in a diving project may lead to criminal and civil liability.

In addition to an appointed supervisor, for every diving operation (viz. every dive) there must be a properly constituted dive team.

The guidance in the ACOP states that the diving contractor should identify the minimum size of team for a safe diving operation based on the requirements of the risk assessment and diving project plan.

The absolute minimum team size for a recreational dive in open water is three; one person on the surface and two in the water (one of who will be the supervisor). Whether a team of three people is adequate must again be based on the risk assessment and diving project plan which must be monitored and revised as appropriate throughout the diving project.

As regards instructor-to-student ratios, the ACOP states that this should also be based on the findings of the risk assessment and should not exceed the recommended levels of the appropriate recreational diving organisation.

All those who are part of the dive team must be competent to discharge the duties they hold. The ACOP states that the qualifications approved (by the HSE) for diving under this ACOP indicate that a minimum level of competence has been assessed. Again, qualifications alone do not always demonstrate fitness to undertake a task. The diving contractor has a duty to engage competent people, which may require that the dive team’s competence is verified or demonstrated. Similarly, the supervisor will want to ensure that the dive team meets the standards of the ACOP. Indeed, the same may be said of all involved. For a diver to know that his team mate is not up to making the dive, may leave that diver in breach of his duties under Regulation 4, for example (above).

An example of this requirement for competence appears in relation to first aid. The ACOP states that those identified in the dive team as being qualified to give first aid should be able to:

This list of required competencies may be best viewed as non-exhaustive. Notice the phraseology; it describes ability rather than a simple paper qualification.

While it may be uncommon for recreational divers to engage in advanced medical training and the treatment of divers in recompression chambers, this newest edition of the ACOP makes it clear that the prosecuting authorities expect recreational divers to do everything that is necessary and not what is simply seen as usual. To that extent this latest ACOP has more of the look and feel of the commercial diving ACOPs.

What is clear from the ACOP is that the decisions and judgment calls of the diving contractor (and by extension, the supervisor and others) are to have their foundation in a properly carried-out risk assessment. Not to be able to evidence the thought processes and conclusions (preferably in writing) could be fatal to any defence in court.

It must be remembered that the law is not limited to the DWR. The extent to which compliance with the ACOP will be a defence to alleged breaches of other areas of law is best assessed on a case by case basis.

Andrew Tonge is a lawyer and director at Nexus Solicitors Limited, Manchester, where he advises a number of businesses in the diving and subsea industry.  He is also a PADI technical diving instructor and experienced diver. All views shared within this article are his own. 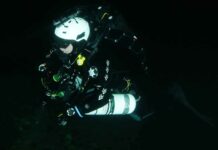