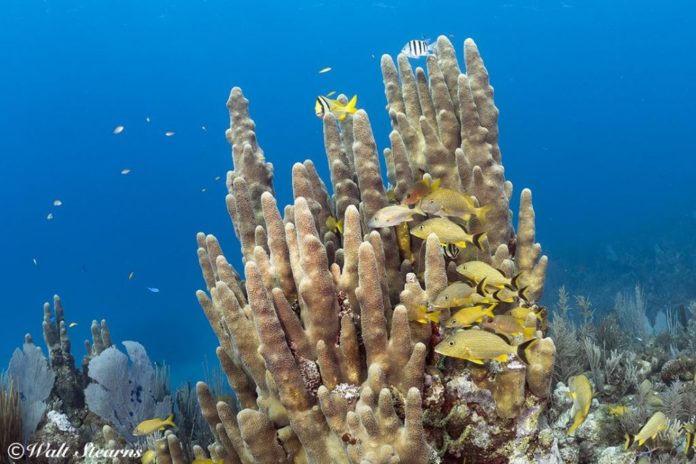 Contents hide
1 The Avalon III
2 Seeing Some of Cuba’s Sites
3 Get me to the Port on Time
4 Getting into Cuba
5 Points to Know Before You Go
5.1 Entry
5.2 Currency
5.3 Tipping

For more than 25 years, Avalon Outdoors has provided a full range recreation diving and fishing excursions along Cuba's northern and southern coast.

The most notable for diving in the Garden of the Queens starts with the Tortuga, a 110-foot double deck houseboat that stays almost permanently inside the park and is set up for hosting 20 guests between 8 cabins. Next is the Avalon I, a dive yacht first introduced in 2010 with 8 cabins accommodating a total of 18 guests.

In 2014, the Jardines Avalon II, a slightly larger 120-foot vessel with 10 cabins for 20 guests was added to the fleet. February of 2019, the Avalon III was introduced. Measuring 160 feet in length, making it the largest of the fleet, Avalon III is set up with 15 staterooms for up to 30 guests, including 4 suites with balconies. You can read about my diving experience in Cuba here: Cuba’s Gardens of the Queen.

There is also a refurbished 70-foot 1970’s style yacht configured for dive groups no larger than twelve and a 69-foot vessel with 4 double rooms with private bathrooms named the La Reina. For more serious liveaboard diving comfort, I would stick with the first four mentioned.

The Avalon III is the newest and largest boat in Avalon's fleet. Launched in 2019, this 160-foot/49-meter vessel can accommodate up to 30 passengers in 15 cabins, four of which are suites with balconies. With three decks and a width of 28 feet, there's ample room not only for spacious cabins, but also for a very large salon and an aft dive deck on the main deck, and an equally spacious dining room on the upper deck that opens to a panoramic sun deck with a hot tub and bar.

All major systems on the Avalon III are designed for redundancy and reliability. This includes three primary generators, two water makers and four NuVair dive compressors.

All cabins have private bathrooms and 2 beds (double or twin), televisions and air-conditioning with individual thermostats. A 12-member crew provides daily housekeeping and laundry service All electrical outlets on board provide110/230 volts AC, 60Hz with American-style flat two-pin plugs as standard, along with USB ports.

The aft dive deck provides each diver with ample storage and rigging space along each rail, with a pair of large tow-tier camera tables in the middle and tank filling console aft, plus something that might most divers may find curious: fishing rod racks mounted to the ceiling.

Like its sister ship, the Avalon II, the Avalon III functions as a mother ship for both recreational fly fishermen and scuba divers. Anglers come for light tackle catch-and-release flyfishing for tarpon, bonefish and permit. This form of fishing takes place up around in the shallows around the mangrove islands. Each morning after breakfast, a small fleet of flats skiffs arrive to whisk the fly fishermen away while dive boats prep for the morning two tank departure.

Depending on the number of divers on board each given trip, Avalon III will deploy one to three individual 33-foot pangas, powered with a pair of 150-hp Yamaha four-stroke outboards. Because of the geography of the Garden of the Queens, and the fast speeds of the dive launches. The Avalon III has little reason to reposition once on station. During my week aboard, our mother ship didn't move until it was time to go home.

Dive times are kept to around 55 to 65 minutes based in part on the profile site, with the deepest dives first. Maximum depths are kept within 120 feet, with 90 to 110 deemed as the most desired. For those opting to for nitrox, 32 percent is the standard blend. If traveling light, Cressi is the primary brand in the rental department.

Post dive, back at the floating hotel, divers have access to fresh hot water showers on the aft swim step along with a towel straight out of the dryer. Should that dive be the last one of the day, a member of the crew will offer you a freshly made mojito to wash away the salt taste in your mouth.

Seeing Some of Cuba’s Sites

The closest entry points to Jucaro, where the boats are based, are Santa Clara and Camaguey. Transportation between both Airports and Jucaro is generally 2 1/2 hours in duration. Keep in mind that, if you are planning to make your arrival on the same day the boats depart (typically 6:00 pm) from the dock, your arrival into either of those two cities will need be no later than early afternoon.

Otherwise, a flight the day before with an overnight stay will need to be arranged. Flights into Havana will require an overnight stay as ground transportation to the boats is early am, which entails a 6 ½ bus ride to reach seaport town of Jucaro.

I arranged my trip through Avalon Outdoors, and once I cleared customs in Havana, a representative was there to transport me to the hotel I was staying at for the night. Avalon can set up reservations for one or more nights in Havana if desired at hotels like Hotel Capri (a single room cost $235 USD) or the Hotel Parque, which is little bit more but located near the Capitol Grand Theater and Parque Central Square in Old Havana.

Taking the afternoon to explore some of the historic portion of Old Havana, I was able to see some the island’s ongoing work to rebuilt portions the downtown district boarding one side of Havana Harbor. Early am the next morning Avalon arrived with a large 40-foot, air-conditioned tour bus they regularly provided for the journey. In addition to the comfort of the bus taking some of the sting out of the long ride, I got to see some of Cuba’s countryside in the process.

Get me to the Port on Time

The closest entry points to Jucaro, where the boats are based, are the International Airports in Santa Clara (airport code SNU) and Camaguey (CMW). Transportation between both Airports and Jucaro is generally 2 1/2 hours in duration.

Keep in mind that, if are planning to make your arrival on the same day the boats depart (typically 6:00 pm) from the dock, your arrival into either of those two cities will need be no later than early afternoon. Otherwise, a flight the day before with an overnight stay will need to be arranged.

Flights into Havana will require an overnight stay as ground transportation to the boats is early am, which entails a 6 ½ bus ride to the small coastal community of Jucaro.

An interesting thing to note about of Jucaro’s seaport is that in addition to four of Avalon liveaboards, Aggressor Fleet’s Jardines Aggressor II also runs from the same dock generally in the slips next to Avallon II and III. Generally, all dive trips begin on a Saturday returning back to port the following Saturday.

Diving begins Sunday morning with a schedule of 4 dives a day. Two morning dives are followed by a third after lunch with the fourth either a late afternoon or as a night dive. Only on the last day (Friday), there are just two morning dives on the schedule before packing up to return to the port.

The Obama-era agreement with Cuba allows Americans to freely travel to Cuba as long as they plan their trip around engaging with the Cuban people and culture and it falls under the approved category of “educational” travel via the People-to-People license. A few weeks after my return from Cuba, the Trump administration tried to  impose a new set of travel restrictions at the island nation.

The move was intended to hurt the Cuba’ governing regime by delivering more economic pain to both the state-run tourism sector, as well as a burgeoning industry of private entrepreneurs. The most visible impact was on the Cruise industry, curtailing cruise ships from visiting the seaport in Havana. However, there seems to be just as many flights provided by a number of American carriers to Cuba now as there was when I was there in May of 2019.

Taking a look as recent as June 2020, I found several options with Aeromexico out of Miami International (MIA) to Havana, Cuba (HAV). Before Covid-19 pandemic caused countries to shut their boarders, the number of options from Miami, FL (MIA) included not only Havana (HAV), but also Santa Clara (SNU) and Camaguey (CMW) Cuba with American, Delta, Jet Blue and United. Hopefully we will see some return by these airlines and points of entry into Cuba in the near furture.

Points to Know Before You Go

American citizens need to have a valid passport with at least six months remaining, and a return air ticket for entry. Before departure at the airport, you should be able to purchase travel visa under the People-to-People educational category, which is generally available right by the airlines ticket counter.

I should also add that for Americans entering Cuba, there is an additional 10% penalty in addition to the exchange rate for US dollars to the local currency. The course of action is to have your money exchanged before hand to Euros at the airport before departure. Following your arrival in Cuba, have your currency exchanged again (which can be done at the airport or at any bank) for CUC (Cuban Convertible Pesos).

Tipping is widespread in Cuba. Many Cuban workers rely on tips to supplement their basic income and they all work really hard. Tips help them get a better lifestyle. So if you receive good service, it is very good etiquette to tip accordingly. Avalon Recommendations a tip amount $400/450 per person. 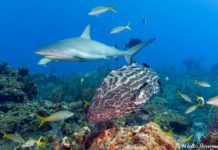 Cuba’s Gardens of the Queen 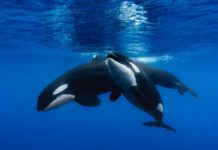