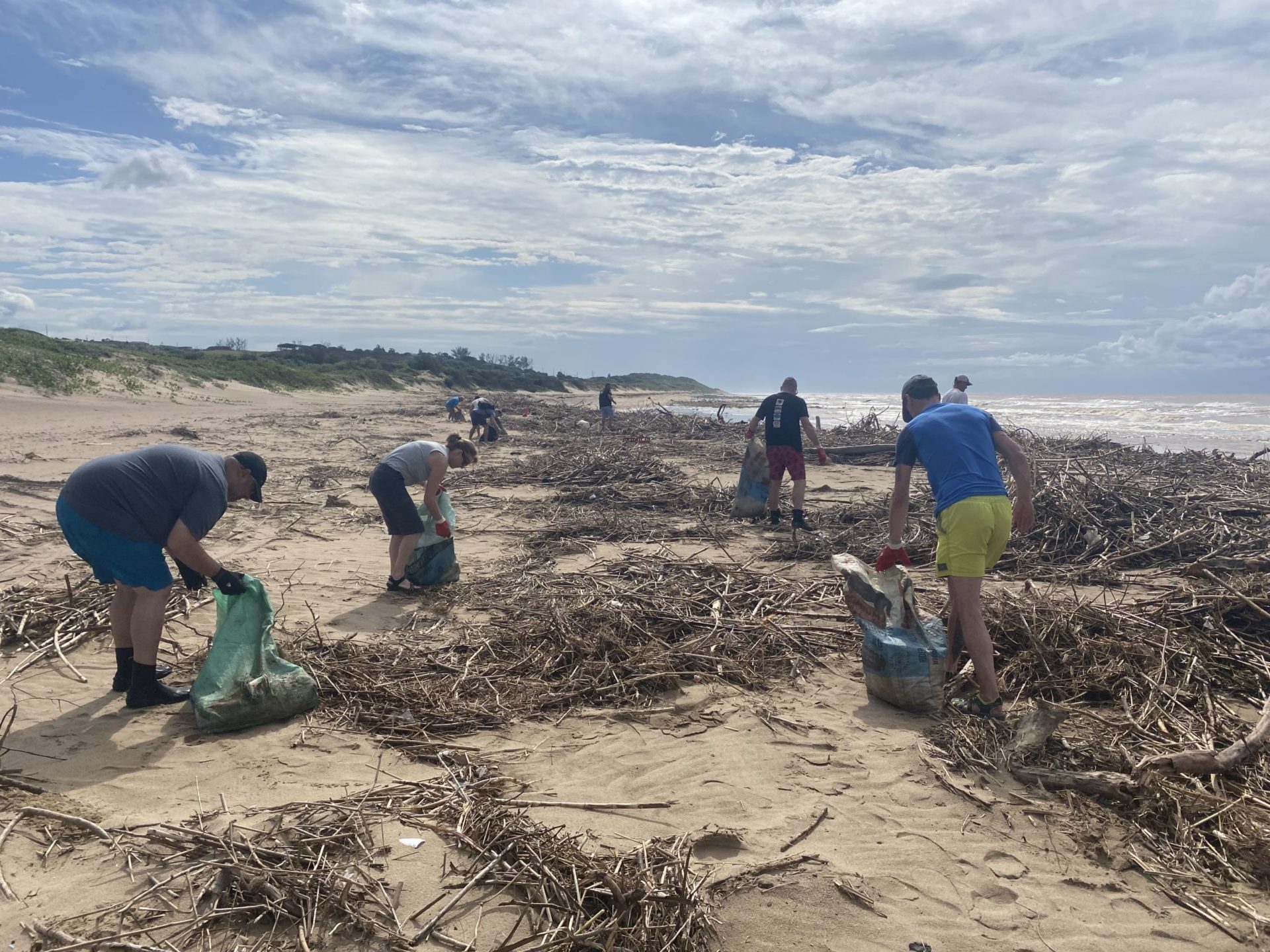 Divers step in after flood disaster

Specialist dive tour operator Scuba Dive Adventures run several diving trips to South Africa annually, but this year the divers arrived to find total and utter destruction to Kwazulu-Natal, which had borne the brunt of a natural flood disaster. More than 41,000 locals had lost their homes, plus there was an increasing death toll of 400 plus. Motorways had been washed away, with shipping containers and vehicles strewn across the highways.

Scuba Dive Adventures‘ Damian Groves said: “For us as divers, we could not only see the devastation to the land, but the trail of destruction as far as the eye could see, along the beautiful Umhlanga beach. The visibility was so bad due to the floods we were unable to dive at all for the first few days.

“Not content with sitting around, our group were desperate to help the local community. We decided we would do a beach clean the likes you have never seen before – armed with several pick-up trucks and tractors, we headed down and began the mammoth task of clearing the debris.

“Our goal was to get the plastics off the beach, stop the microplastics going into the sea and protect our oceans.

“With our protective gloves on, we began the enormous task of rummaging through the jumbled piles of plastic bottles, brooms, mops, nappies, tyres and other debris, carrying the full bags to the ‘backie', and onto the skip.

“We finally conceded when we could put no more into the skip. There is still a long way to go, and this is just one beach, and with many other beaches in dire need of help. We've got such devastation with plastics in our oceans, that if we don’t look after them, we won’t have the beautiful diving and beaches to appreciate in future years.

“The flood disaster will impact Kwazulu-Natal's economy, which performs in sectors such as tourism, manufacturing and agriculture for many years to come.”

He added: “A massive thank you to all of our Scuba Dive Adventure guests, who made this happen. We have also set up a Just Giving page for anyone who would like to donate to the people of KZN, where thousands of people have lost their homes and possessions, and many are still without running water.”