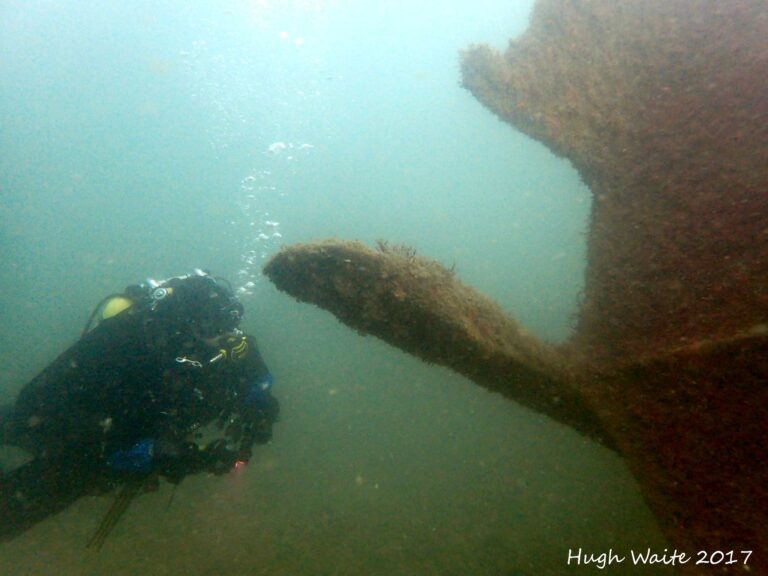 Members of the Solent dive club Swanwick Divers marked the 150th anniversary of the sinking of the clipper Royal Adelaide off Chesil Beach by launching a wreck-mapping project.

The iron-hulled vessel is one of the most-popular dive sites around the Portland area, and the BSAC branch is now planning to provide maritime archaeologists with complete mapping of the wreck site, including investigation of submerged objects in the surrounding area, and production of up-to-date images and data.

While Swanwick Divers are leading the project, any qualified individuals or groups of divers are invited to take part, as well as anyone who can offer existing knowledge or images of the wreck. Contact Melvyn Utley at: info.swanwick@gmail.com or contact the club via its website.

The Royal Adelaide was built in 1865 at the Patterson yard in Bristol, where the world’s then-biggest ship, Great Britain, was also built. On 25 November 1872, she was sailing from Devonport to Sydney carrying emigrants and cargo when a storm caused her to follow the wrong course into Lyme Bay.

Four crew died when the ship struck Chesil Beach, and several local wreckers who had come across barrels of gin and rum from the wreck also died – of exposure during the night.