Divers asked to look after Cornwall’s crawfish after dramatic comeback 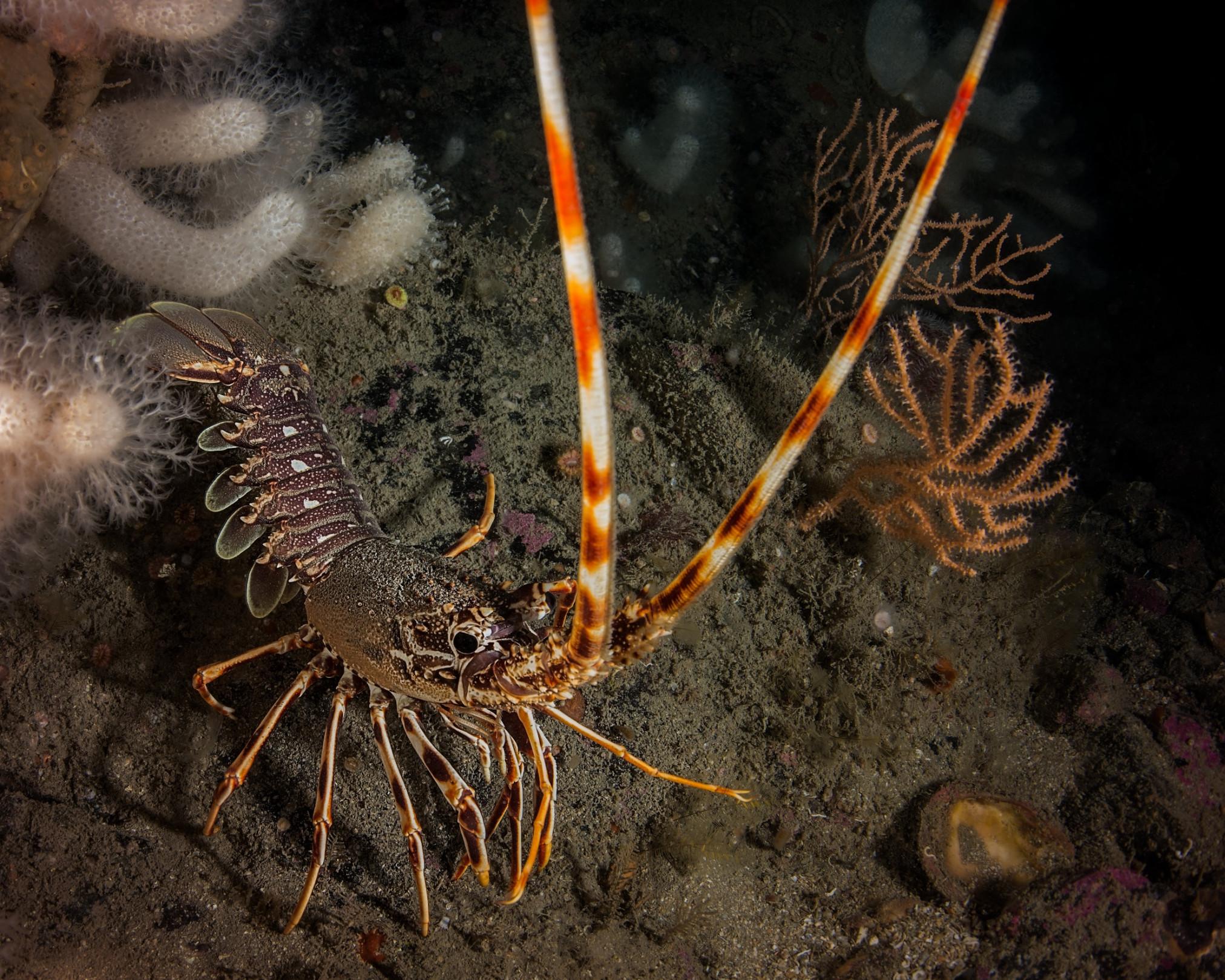 After nearly 40 years, crawfish have made a dramatic comeback as large numbers of young crawfish have reappeared on wrecks and reefs all around the Cornish shores.

The crawfish, or spiny lobster, is a spiky and ornate relative of the common lobster, with incredible long antennae and a powerful finned tail. This species was overfished back in the 1970s and 1980s by both fishermen and divers, but in recent years marine conservationists have been thrilled to see their return.

However, Cornwall Wildlife Trust is now calling on divers to show that they care about crawfish by pledging not to catch them through a new national campaign called #HandsOffOurCrawfish. 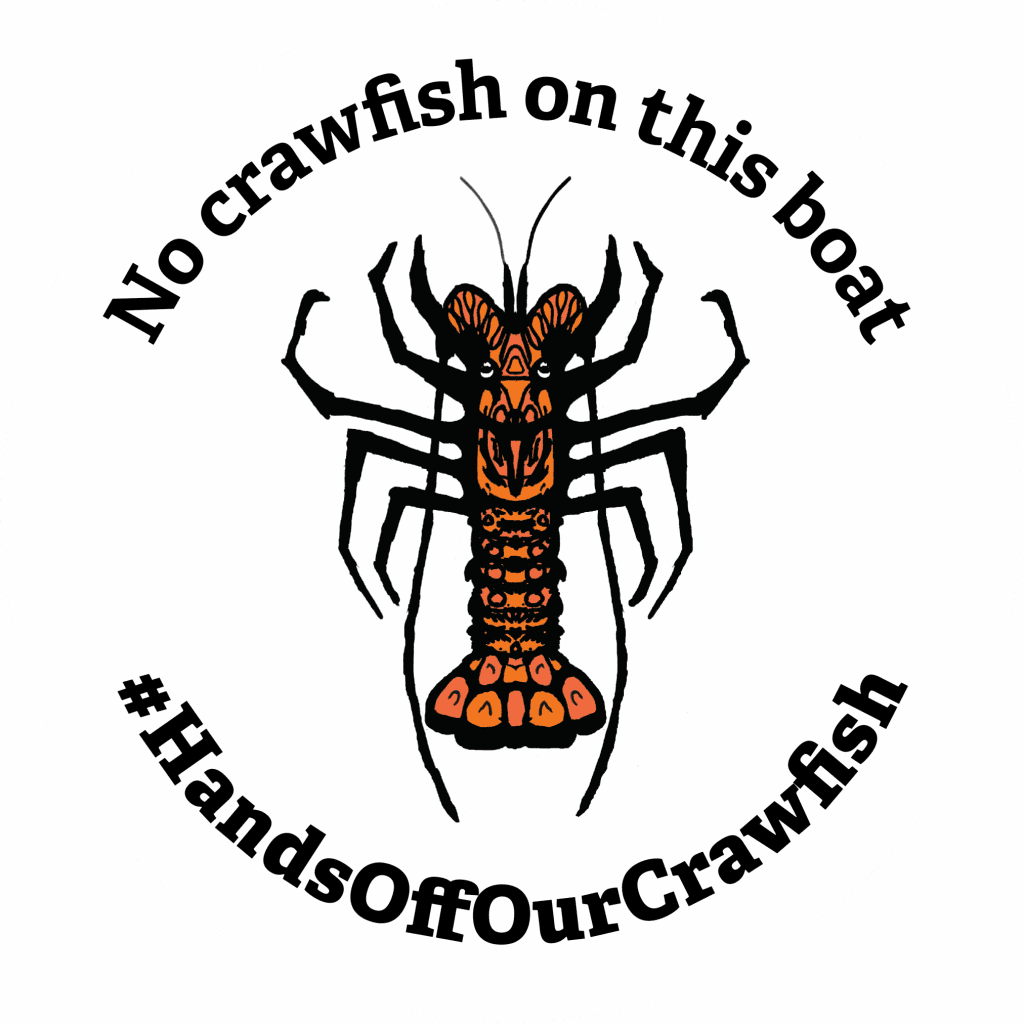 They hope through education to get a high proportion of divers supporting this campaign, with the eventual aim to see crawfish better protected in our waters, ensuring a sustainable fishery for the species. Dive schools, dive boats and dive clubs will be provided with stickers saying ‘no crawfish on this boat’ and the Trust hopes to provide a much-needed clear message for the benefit of these creatures.

Crawfish can live to up to 60 years and are very slow growing. They have long antennae which are used to taste the water to help them look for food as they scavenge on the seabed. They also communicate by generating a strange creaking sound by rubbing the bases of their antennae against their shell. This sound can travel for long distances and may play a role in attracting mates. 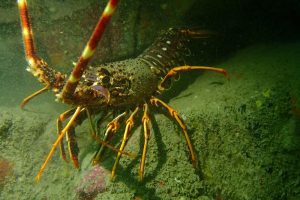 Matt Slater, Marine Awareness officer for Cornwall Wildlife Trust describes his first encounter with these creatures. He said: “We dropped down to the seabed on a rocky reef off Newquay that I have dived many times over the years. Where previously I had never seen any crawfish, on this dive within just a few minutes we found 18 beautiful crawfish.

“Through our Seasearch citizen science project, our volunteer divers have recorded huge numbers of crawfish over the past few years in Cornish waters. And we now carry out repeat survey dives for this species at several locations in Cornwall.

“Divers all around the south west are reporting crawfish at their favourite dive sites and everyone is really pleased to see them back. However, there is a strong concern from many that we must ensure that they are back for good and that fisheries for this species are carried out at sustainable levels to ensure that history does not repeat itself and they become over fished again. 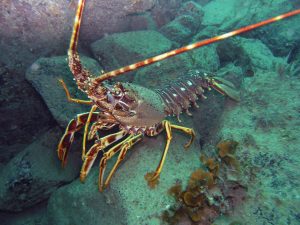 “The majority of recreational divers appreciate all the marine creatures they encounter and very few collect marine life to eat, preferring to enjoy peaceful encounters and underwater photography. Having said this, many popular dive sites appear to have groups of resident crawfish. If even small numbers of divers start collecting them, it would not take long for them to disappear once again.

“We already have the support of many of Cornwall’s dive operators and dive schools but we would ask everyone to get involved and to pledge not to take crawfish on their dives – that’s why we started the ‘Hands Off Our Crawfish’ campaign.”

Dive Newquay were the first company to sign up to the campaign. Paddy Maher of Dive Newquay said: “Since we first set up our dive company, five years ago we have always made our customers return any collected crawfish back into the sea. No one wants to see these creatures wiped out again as they were in the 1980s. It makes absolute sense to educate divers and to ask people to think more about their impacts on the underwater world.”

To pledge, visit: www.cornwallwildlifetrust.org.uk/crawfishproject and look out for the hash tag #HandsOffOurCrawfish on social media as the Trust hopes divers will share their photos and crawfish news to help spread the word about the project.

This campaign will also be promoted through the national Seasearch programme in Devon, Dorset and the Channel Islands.