You would think that teams of volunteers clearing ‘ghost fishing’ gear – lost or abandoned net thats continue to catch and kill marine life in an endless cycle of destruction – would be applauded by the government, but in a completely ridiculous move, the Marine Management Organisation is now proposing that anyone wanting to do so will have to apply and pay for a licence.

Earlier this month, as reported by Scuba Diver, a team from Ghost Fishing UK removed more than 100kg of monofilament netting from the popular dive site of the James Eagan Lane in Whitsand Bay, Cornwall.

Rich Walker, chairman of Ghost Fishing UK, said they were very disappointed with the news, stating: “In all our discussions with the Marine Management Organisation, they said we could retrieve marine litter up to a 100kg maximum without the need for a licence.

“This new ruling – saying that abandoned, lost and discarded fishing gear is not considered marine litter – effectively prevents us from operating without a licence, meaning that the only reasonable course of action now available to us is to obtain an MMO licence. While no one on the team has any objections to going through this convoluted process, it is time-consuming and potentially expensive, and given that we are all volunteers, any additional financial burdens will undoubtedly impact the amount of gear that can be removed in the future.” 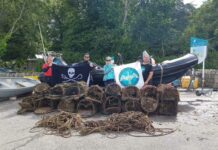 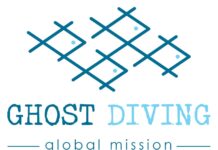 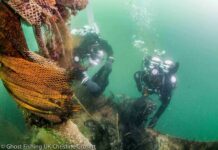 According to their own website, the MMO has a budget of over 90 million pounds to fulfil a remit that includ s the removal of ghost gear from British waters. If they have that money, why are we expected to pay them for doing their job? Someone is creaming off a lot of money from this.

If that’s what’s needed start a yougov petition. I’m sure divermag and other places would help spread the world. Cause a fuss and get the message out that money grabbing fools are stopping conservation. They’ll soon backtrack