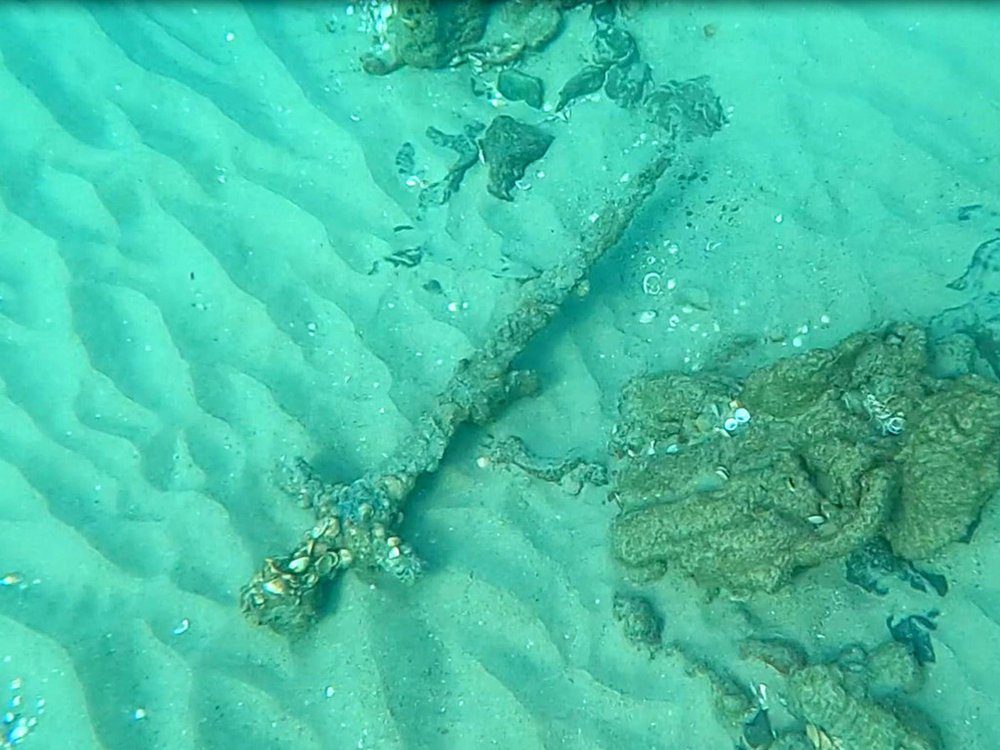 A one-metre-long sword thought to date back 900 years and possibly wielded by a crusader knight has been found by a diver off the north coast of Israel.

Shlomi Katzin was exploring a natural cover near to the port city of Haifa off the Carmel coast, which was known to provide shelter for ships in the Mediterranean during storms for many centuries.

The sword, which is heavily encrusted with marine growth, is thought to have been uncovered by shifting sands. Other finds included shards of pottery, and a number of stone and metal anchors. He recovered the sword as he feared if he left it, it would be stolen.

Katzin handed over the weapon to the authorities, and the Israel Antiques Authority (IAA) said that once it has been professionally cleaned and analysed, it would be put on public display. The eagle-eyed diver was rewarded with a certificate of appreciation for good citizenship.

Inspector Nir Distelfeld, from the IAA's Robbery Prevention Unit, said: “The sword, which has been preserved in perfect condition, is a beautiful and rare find and evidently belonged to a crusader knight.”