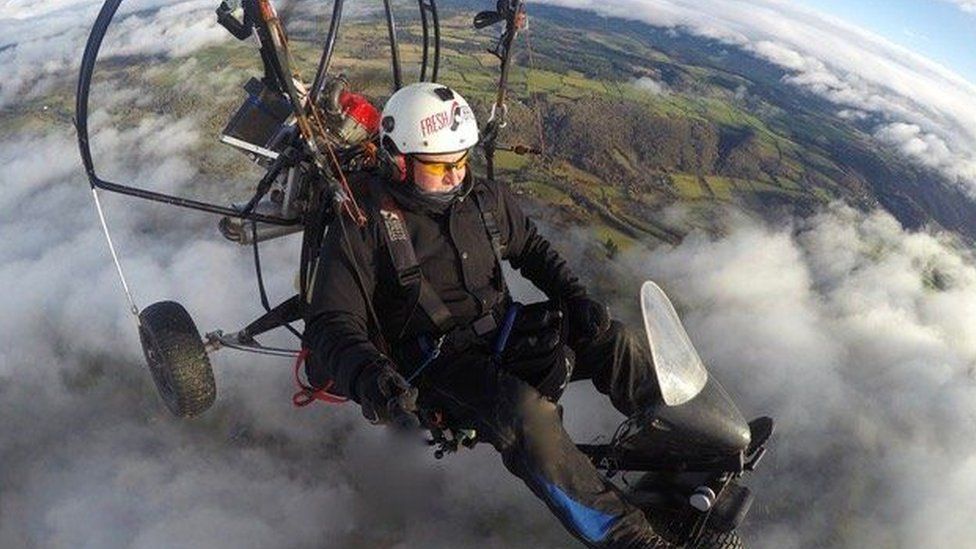 The diving world is in mourning over the loss of tech diving pioneer and talented underwater photographer and videographer Dan Burton, who died on Saturday in a tragic paramotor accident in the Scottish Highlands.

Fifty-four-year-old Burton was in the final stages of a challenge to circumnavigate Britain with Conservation Without Borders founder Sacha Dench, and they were using battery-powered paramotors to mark the forthcoming UN climate change conference in Glasgow.

The accident, reported to be a collision between the two paramotors, happened near Loch Na Gainmhich. Dench is said to be seriously injured but in a stable condition.

A spokeswoman for Police Scotland said: “We can confirm that a 54-year-old man has died and a woman has been seriously injured following a collision involving two paramotors.

“Police were informed about the incident near by the A894 shortly before 4.45pm on Saturday 18 September and inquiries to establish the full circumstances are ongoing.”

Burton, who was a very experienced paramotor pilot, was renowned around the world for his underwater photography and videography skills, and he was among the first to explore the realms of technical diving with different gas mixes, etc.