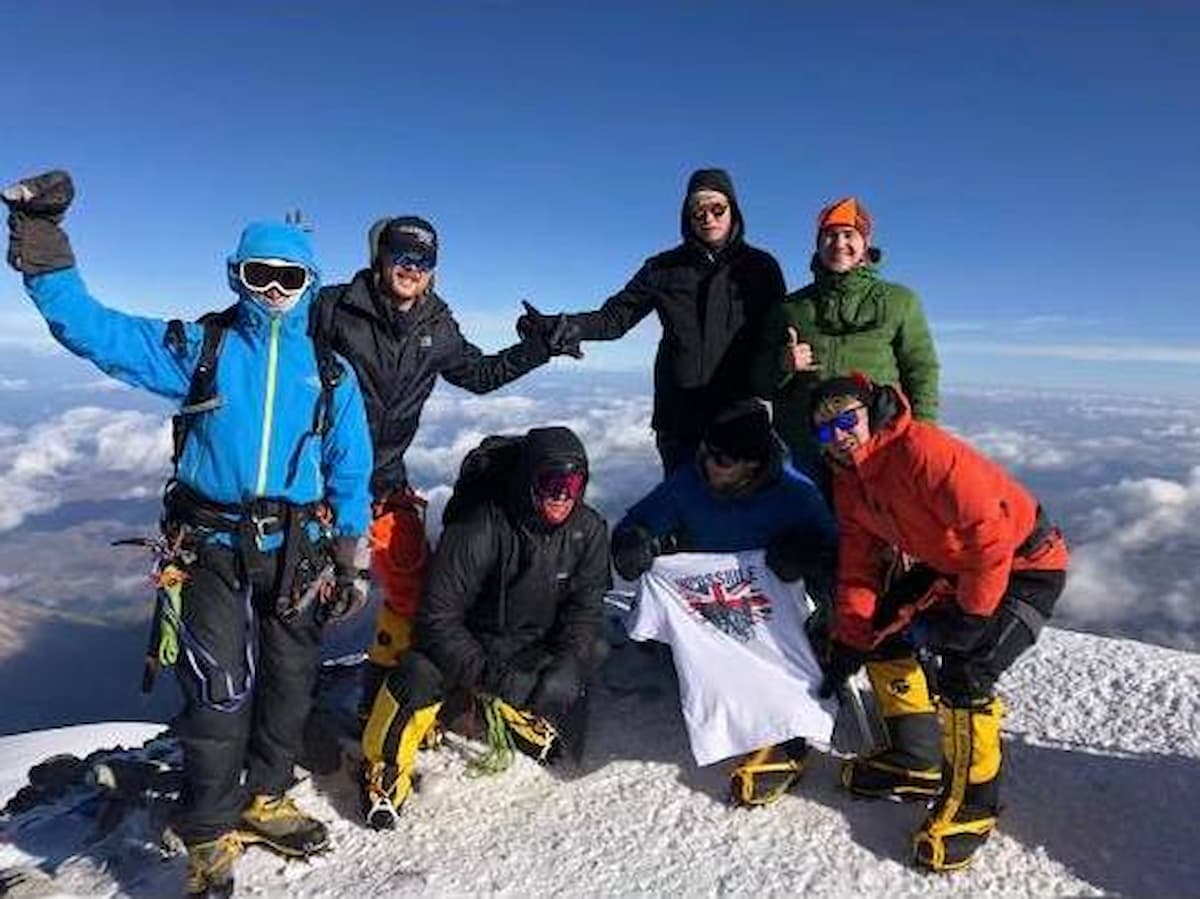 A Deptherapy member has scaled Mount Elbrus, the highest mountain on the European continent – and raised nearly £6,000 for the charity in the process.

Thomas Swarbrick was shot in the chest while serving with the 1 Royal Anglian Regiment in Afghanistan in 2012, and after being medically discharged faced various mental health issues which impaired his ability to maintain a job and healthy relationships. He also suffered some loss of movement and strength in his left arm, meaning he struggled with various ‘normal’ day-to-day activities.

However, since he became involved with Deptherapy, learning new skills in the world of scuba diving, he has found it easier to connect with people and build new relationships.

Tom said: “Deptherapy supported me – and countless other veterans with mental health conditions such as PTSD, depression, anxiety and survivor’s guilt – through some of their darkest days, and so I wanted to give something back – the money I raise through this climb can help out other veterans in the future, and potentially help save someone else's life.”

It took Tom and his fellow adventurers eight days to hike up Mount Elbrus, which is on the Russian/Georgian border, stands at 5,642 metres above sea level and is included in the ‘Seven Summits’.

Tom commented: “I was at breaking point multiple times, which was a whole new experience for me! I was in tears at some points wanting to just stop and call it a day, but then I took a knee, had serious words with myself – ‘I’m not a quitter’ and ‘I have never given in on anything and I didn’t plan to start now’ – and thinking of all the people back home who were supporting me, I started to dig in deeper and harder than I have ever had to do in my life. And I made it! I was in ecstatic tears at the summit, and the feeling I got for pushing myself harder than I have ever had to made me think next time, I’m going to respect the mountain and train harder than I have for anything!”