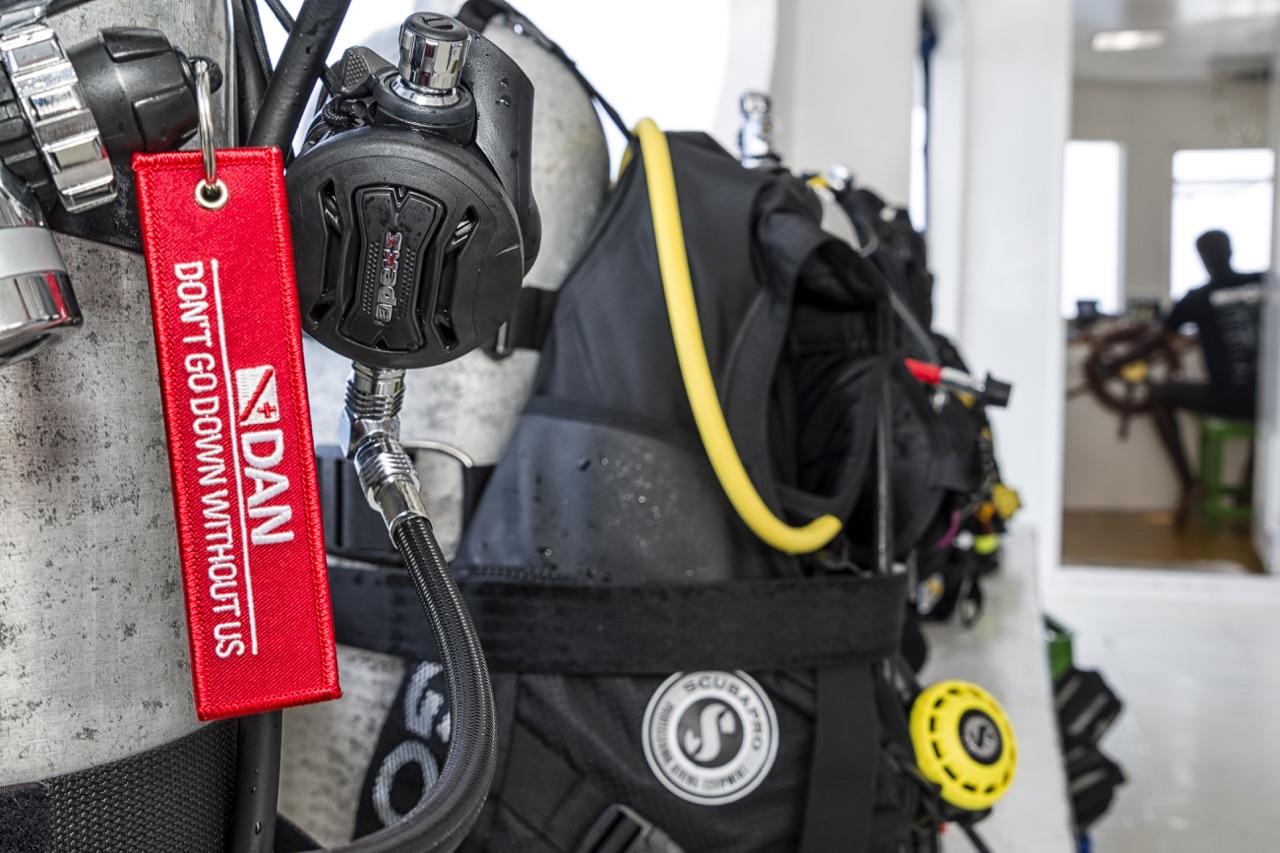 Michael Menduno offers up some sage advice on methods...
Contents hide
1 The Diver
2 The Dives
3 The Symptoms
4 Discussion
5 About Dengue

The diver was a 49-year-old female with over 200-lifetime dives. She had no known medical history, and didn't take any medications regularly and was generally healthy and fit.

Her trip was to a favoured Caribbean island for a week-long dive holday. Over six days she had 21 issue free dives, all of which were on air and were within the NDL of her computer. She performed a 5m safety stop at the end of all dives. The maxs depth of her deepest dive was 34m; the rest of the dives ranged from 9m to 27m. The diver didn't consume an excessive about of alchole or other behaviours that could have negatively affected her health or safety while on holiday.

On the day of her departure, the diver's preflight surface interval was over 24hr. She had no specific complaints but did have a general sense of feeling unwell. During the first of her two flights, she began to experience deep muscle and joint aches. The discomfort was in multiple areas and accompanied by nausea and a severe headache. The symptoms did not resolve on the ground between flights, and they did not worsen during the second flight. She arrived home and hoped to recover by getting some rest. After a less-than-recuperative night's sleep, her symptoms did not diminish and, concerned about the possibility of decompression sickness (DCS), she decided to contact DAN.

The DAN medic to whom she spoke suggested that urgent medical attention was sort at the closest emergency department. While the possibility of decompression injury could not be ruled out, the timing and the nature of her symptoms made other possible explanations more likely. When she arrived at the emergency department, she had a fever of 39°C. She underwent a variety of diagnostic procedures, including several laboratory tests and thorough physical and neurological examinations. All indications pointed to a diagnosis of dengue fever, not DCS.

The hospital staff administered appropriate supportive care, which included IV fluids and medications to help manage her pain and nausea. She got discharged, and the doctor instructed her family on how to monitor her condition and continue her care. The fever and nausea subsided within three days, and the aches and headache finally resolved after two weeks. 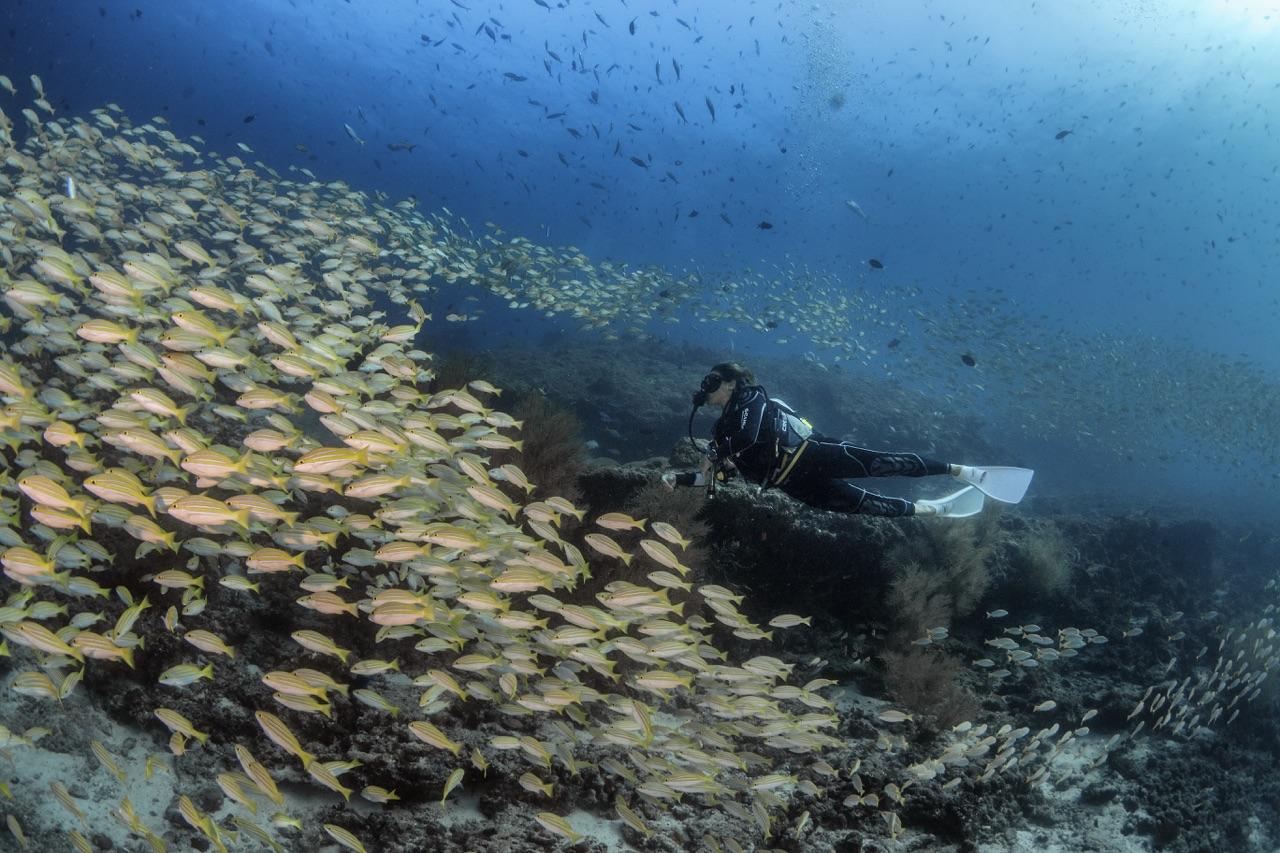 This case should serve as a reminder that travel to tropical areas exposes divers to risks beyond those associated with diving. The timing and nature of this diver's symptoms justifiably led her to suspect the symptoms may not have related to diving. However, she wisely deferred to the expertise of medical professionals and, in doing so, received prompt evaluation and care for the illness she had (It is worth noting that the established flying-after-diving guidelines are associated with a consistently high safety record.)

The importance of receiving a medical assessment that considers multiple possible diagnoses was crucial. While localised pain and severe fatigue are common symptoms of DCS, generalised muscle pains and fever are not. The evaluating physician recognised this and expanded the differential diagnosis list accordingly. The diagnosis of dengue fever is made based on clinical findings (signs and symptoms). As well as a history of travel to known risk areas. Fortunately, this tropical disease is not generally life-threatening, and full recovery is expected within a few weeks, as occurred in this case.

Dengue fever is a mosquito-borne infection. There is a documented rise in infection rates throughout the Caribbean and the southeastern United States. Rates have not increased to an alarming level, but travellers should be aware of the disease. The infection is characterised by an acute onset of a fever three to 14 days after being bitten by an infected mosquito. The classic dengue fever presents, after this incubation period, as follows:

The pain associated with the disease can be severe, especially in subsequent infections. This intense pain gave rise to dengue's nickname, ‘breakbone fever’. Medical care for infected people aims to reduce symptoms, as there is no cure (nor is there a vaccine). You manage the fever and pain with acetaminophen (Tylenol). Avoid aspirin, ibuprofen, naproxen and other nonsteroidal anti-inflammatory drugs (NSAIDs) as these can promote bleeding.

In most cases, the fever resolves within a few days, but fatigue may persist for days to weeks. To learn more about dengue and other tropical diseases, check the online information and updates from the European Centre for Disease Prevention and Control or the World Health Organisation. As always, if you develop symptoms after diving, do not hesitate to contact DAN.

You can see more content from Dan Europe from their regular column, or check out the DAN website for more information about medical advice and diver insurance.

I’ve had a very similar experience but my symptoms started about ten days after I returned to the UK. I contacted my GP who told me it was most probably flu (I did tell them I had just got back from Sulawesi). After a week I went back to work but actually got a lot worse. I contacted the GP again who now started to take it all a bit more seriously.
It was thought to be Dengue at first, my gums were bleeding and my tears were pink. It turned out when the results arrived six weeks later that I’d had hepatitis E. ‘Luckily it wasn’t one of the more serious forms but still very unpleasant and took a long time to fully recover from a big weightloss etc.