Is it Game Over for the deep sea? 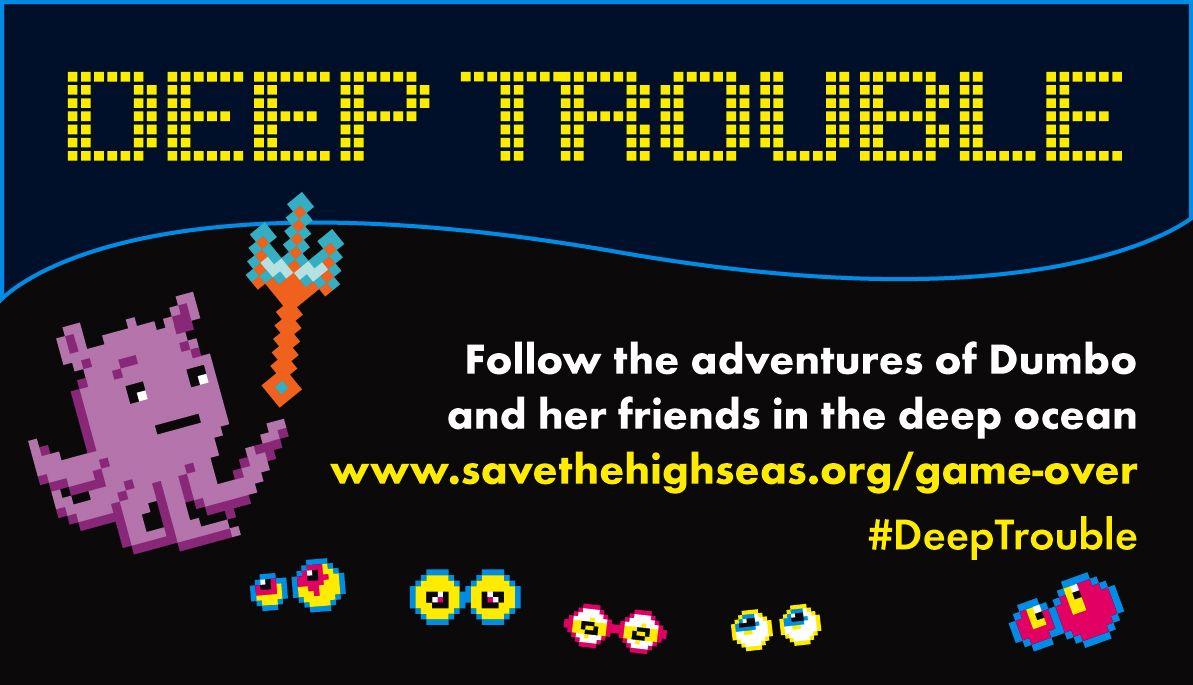 The Deep Sea Conservation Coalition (DSCC) has launched Game Over as part of a campaign for a moratorium on deep-sea mining (DSM).

Game Over, based on the original Space Invaders arcade game, highlights the risks posed by the mining industry to the health of the ocean and humankind.

Game Over aims to build greater public understanding of the potential impacts of DSM and support for a global moratorium on by engaging users in the retro game, pitting a deep-sea dwelling Dumbo octopus against the onslaught of deep-sea mining machinery. Crucially, game players are encouraged to take action in defence of the deep by emailing world leaders at the end of the game, calling on them to support a global moratorium on the destructive industry.

The game can be played on mobile platforms as well as online, and there is a competition for the highest scorer on the leaderboard. The game can be found here – http://www.savethehighseas.org/gameover/

A healthy deep-sea environment helps to make life on Earth possible, providing a vast range of services including crucial carbon sequestration. Making up 90 percent of our ocean, it is home to amazing  and highly vulnerable species, the majority as yet undiscovered.. It may also hold the key to our future, providing a potential source of medicines and immeasurable intrinsic and cultural value.

The International Seabed Authority (ISA) has issued exploration contracts for 1.3 million km² of the deep seabed. If these are converted to exploitation licenses, this would create the largest mining operation ever undertaken in Earth’s history. This could cause widespread, irreversible harm, including ecosystem destruction, disruption of critical oceanic processes and could create additional negative impacts on commercial fisheries already under pressure.

The Deep Sea Conservation Coalition believes that deep-sea mining isn’t worth the risk and the only responsible course of action is a global moratorium. We do not have sufficient understanding of the biology and ecology of the deep sea to make informed decisions on deep-sea mining and need consistency with global policy and commitments to safeguard the health of our ocean

By giving deep-sea mining the green light, we would undermine these international agreements and our responsibility to protect our ocean and endangering the future wellbeing of humankind.

The Deep Sea Conservation Coalition is an international coalition of 80+ organizations that aim to safeguard the long-term health of our ocean by addressing the greatest threats it faces.