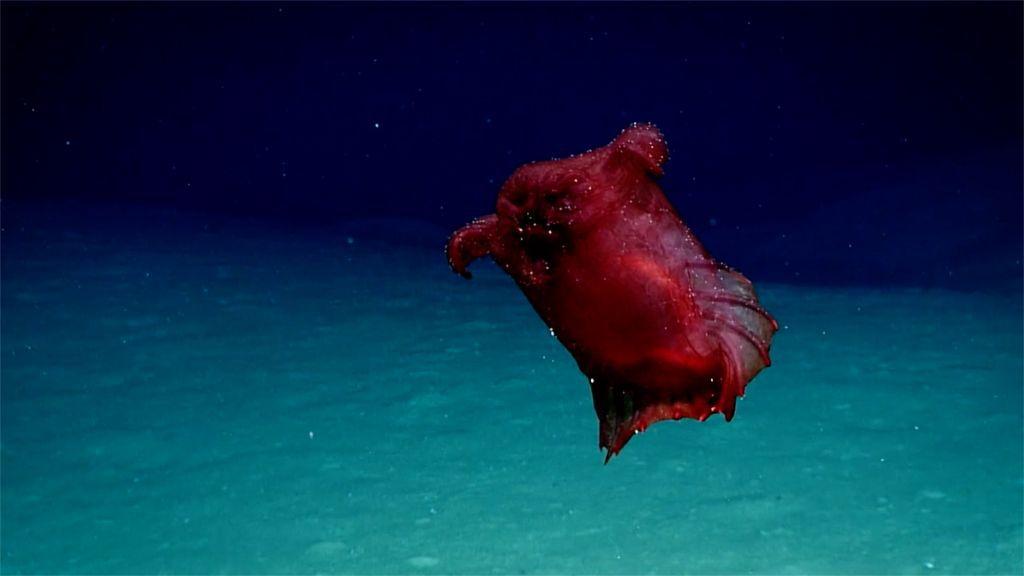 For the first time, a deep-sea swimming cucumber – commonly known as the ‘headless chicken sea monster’ – has been filmed in the Southern Ocean off east Antarctica.

The unusual looking species, which goes by the scientific name Enypniastes eximia, was filmed by Australian researchers and has previously only been filmed in the Gulf of Mexico.

It was discovered using an underwater camera system developed for commercial long-line fishing by the Australian Antarctic Division.

Australian Antarctic Division Program Leader Dr Dirk Welsford, said the cameras are capturing important data which is being fed into the international body managing the Southern Ocean, the Commission for the Conservation of Antarctic Marine Living Resources (CCAMLR).

Dr Welsford added: “Some of the footage we are getting back from the cameras is breathtaking, including species we have never seen in this part of the world.”

Check out this video to find out more about this project and the interesting species!