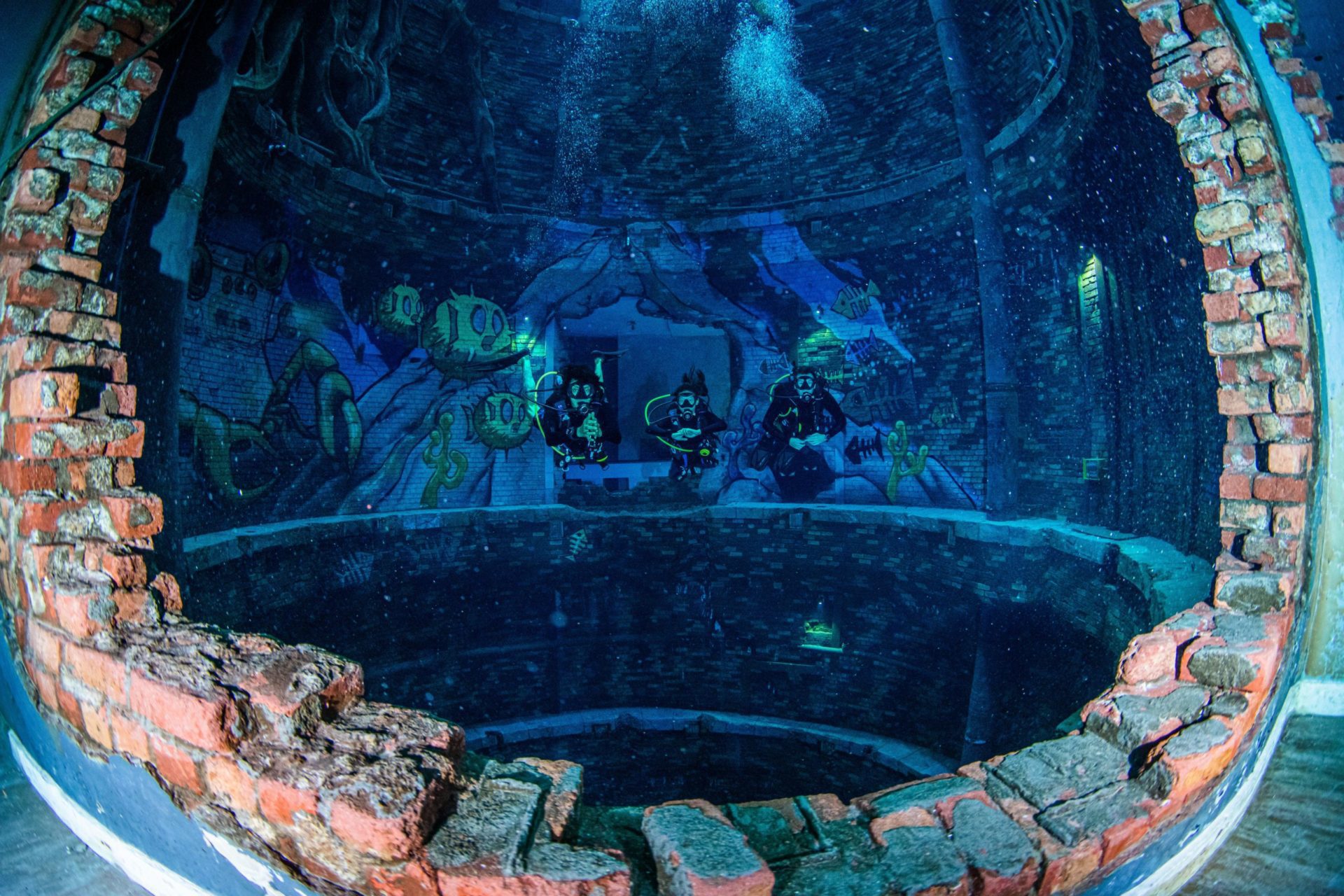 In conversation with: Jarrod Jablonski and Richard Lundgren

John chatted with Jarrod and Richard this week, and asked a few questions about Deep Dive Dubai and here is the video on World’s deepest indoor pool opens at Deep Dive Dubai

Q: What was it like to get the phone call initially about the project, and what made you get involved?

A (JJ): It was surreal to get the original call. At the time even the concept was under wraps, so the secrecy was interesting. I didn’t know much about it at all until I arrived in Dubai to talk with the team. When I saw the plans, the ideas being thrown around were so interesting and compelling, it didn't take long for me to decide that I needed to be involved. One of the reasons I took it on was that this would be a unique opportunity to reach people in a new way. The pool is a great way of attracting people into a sport I love without the difficulties and hassles of traditional diving locations.

A (RL): It was kind of fun as the first phone call I got, I couldn’t work out if it was real or not. Why would anyone want to build a deep pool in the desert in Dubai? I know a bit about Dubai and that they are fond of creating what has never been created before, but the boring Swede in me started doing numbers, wondering if it was actually possible, return on investment etc. I found lots of reasons why it would not happen, so was sceptical. But once I found out this was actually happening, and that someone had a vision and the means to follow through, I became much more interested.

Q: Who came up with the concept of the Sunken City?

A (JJ): We had a development group who vetted and reviewed a lot of different ideas for themes. We looked at about 12 concepts. Initially we looked at natural environments, and moved to oil rigs and shipwrecks. I was never a fan of the natural concept as it's very hard to do well. it'll always look a bit fake, no matter how well it's done, and it’s possible to go and dive a natural environment for real.

The sunken city was appealing as it's the only thing you can't already do as a diver, so it’s a fantasy – that is unless global warming raises the sea levels quickly. The theming really is designed to work with the diver’s imagination. Where are we? What happened? These are the questions we’re trying to encourage.

A (RL): It was the Crown Prince who really came up with a lot of the concept, especially the tree that runs through the pool. He got that from photos of a lake in Switzerland with trees underwater.

Q: What makes the pool different to other deep pools?

A (JJ): In addition to the obvious of being bigger and deeper, it's interesting to dive. I don't want to belittle other pools, as the engineering of building a deep pool is amazing and challenging, so kudos to the people that developed them, but they are still just a pool and get boring quite quick. Looking at lots of pool tiles can be quite dull after a while, so the theme concepts are a big part of what makes Deep Dive Dubai different.

We plan on continually developing and changing the theming in the pool to keep it dynamic, even for repeat visitors. Another thing is the technology. The cameras and sound system throughout the pool is pretty unique, and then there are the habitats. These are both for safety and interest, and a cool experience for divers.

A (RL): Many people are obsessed with depth or volume when it comes to pools, and they forget about the environment. This is not just white or blue tiles, this is something interesting. It’s a sunken city with all of the things you would find in a city. Obviously, it’s more difficult and challenging to build a sunken city than a normal pool, it also comes with more challenges with maintaining it.

Q: Tell me about the biggest challenges you faced with building the pool.

A: Well there’s the obvious one – trying to dig a 60m deep hole in the desert sand. Most people don’t know, but the water table in Dubai is about 10m deep, so the deeper we dug, the higher the pressure of ground water trying to force its way into the hole. That’s a lot of force acting on the bottom. Once it was filled with water, the pressure is equalized, but while we were under construction, it was a constant challenge.

There’s also the logistical challenge of trying to decorate and theme a 60m deep pit. Most of the theming and all of the infrastructure had to go in before we filled it with water, so there was a lot of scaffolding. With hundreds of people working on site, it could take 20 minutes just to climb to the bottom of the hole down the scaffolding, and then you’d have to climb out again afterwards.

A (RL): Two things, erosion and corrosion. Many people might think that just because we have pure water, and our water is so well filtered – it’s cleaner than tap water – that nothing will erode or corrode. However, the reality is different. Small design and installation mistakes meant that we suffered a lot from galvanic corrosion in the early days. We’ve got those things ironed out now, but it would have been a lot easier to design that in from the beginning.

Q: Tell me about a typical visitor experience.

A (JJ): It all starts online. A guest will book online, and then have a series of emails or calls with one of our staff to establish their certification levels, and their desires from the experience. Once the diver arrives on site, they’ll be greeted by their personal dive guide, who will get them all kitted out with the gear they need, and they will then head to the luxurious changing rooms. Once changed into their suit they’ll meet the guide on the pool deck, who will have their equipment all ready for them. Depending on whether they are a diver, non-diver, freediver or snorkeler, they will then be taken through a dive session based on their abilities and goals. All of this will be recorded on the camera systems, and be available to them to download shortly afterwards. We’ve added snorkelling experiences to the list as well, as we’re finding that a lot of people would like to experience the pool without scuba kit, or the difficulties and skills needed to freedive. For recreational divers, the dive will last around an hour, and for a technical dive it would be about 90 minutes. While it’s interesting to dive all the way to the bottom, once you get there, there’s not much to see, as the majority of the interesting stuff is in the shallower zones. It makes for a nice dive, as you can basically do your decompression while swimming around a post-apocalyptic city.

Q: Any future plans that you can share with us?

A (JJ): We’re constantly evaluating and changing the theming. So we’ll often swap things out of the pool to keep it interesting for repeat visitors. We are also working closely with Dr Maroni from DAN Europe on research projects using both the pool and the chamber.

A (RL): The pool is not a static entity, it’s a dynamic beast that will evolve over time. We plan to keep it interesting for return visitors with changing of theming. But we will also have all sorts of fun and games on holidays and special occasions, so one week it might be a superhero costume competition, and the next week we might have an escape room. We will probably have treasure hunts, and might even have longer running competitions for real treasure, such as dive kit. What we want to do is engage people and make them excited, rather than just swimming around doing back-kicks and blowing some bubbles.

Read John's full behind-the-scenes article in issue #52 of Scuba Diver UK – out now in print at your local dive centre, or via subscription – or check out the digital version on the website.