How to deal with an octopus bite: Incident insights #6 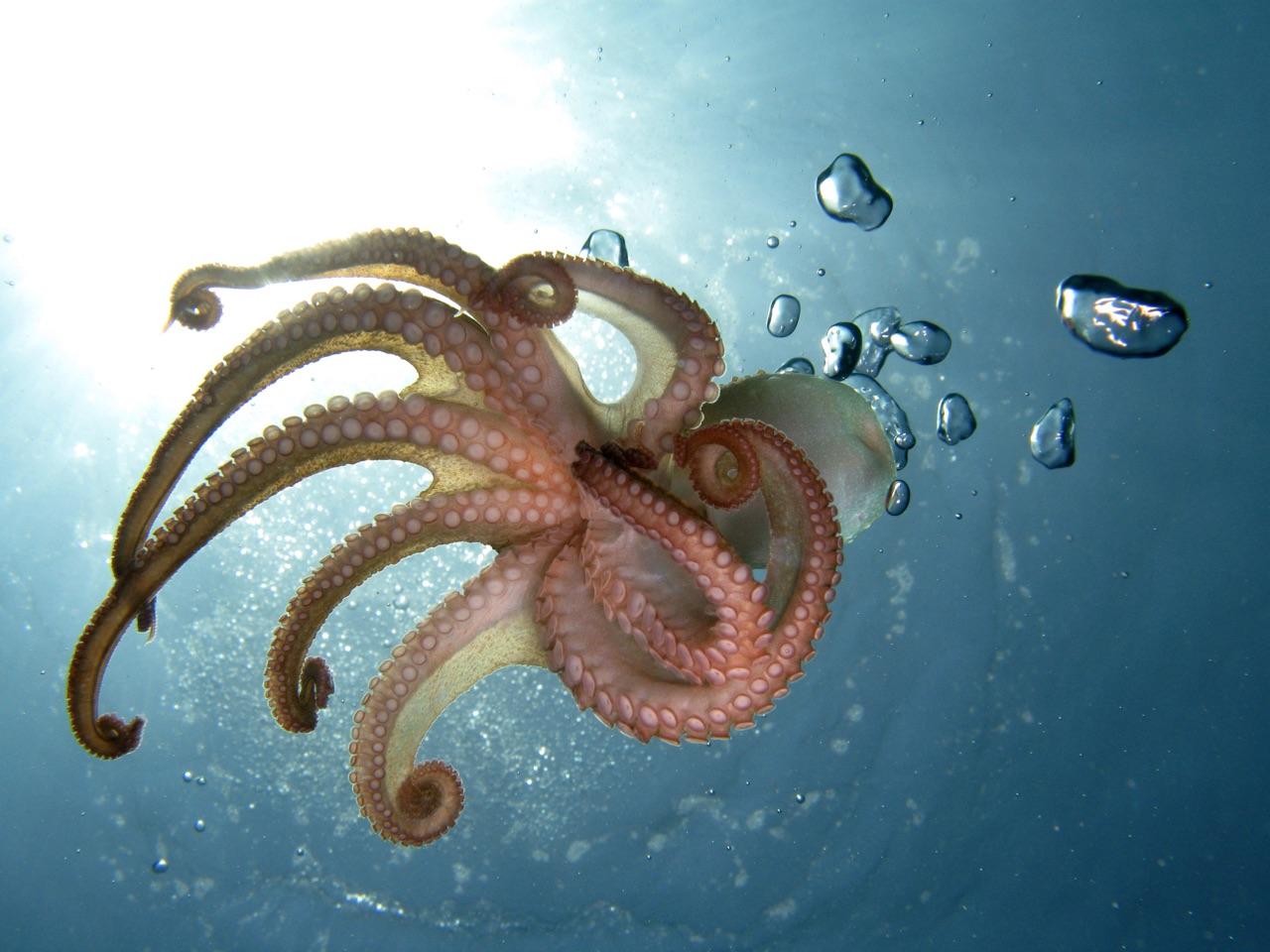 The diver was a generally healthy, 32-year-old woman with 130-lifetime dives. Her medical history included no allergies or other health problems. She had just completed her second dive on the second day of a dive series.

During the dive, the diver’s buddy collected what he thought was an empty moon snail shell. The divers did not realise that a juvenile giant Pacific octopus (Enteroctopus dofleini) had taken up residence in the shell. When the octopus crawled out after the dive, the diver picked it up with her bare hands to return it to the water.

Before she could put it back in the water, the octopus bites her on the back of her left hand three times in the same place. She described the bites as surprising and feeling similar to bee stings. The wound bled moderately, and the diver rinsed it first with saltwater and then 40 minutes later with soap and fresh water. Swelling appeared within 30 minutes and became severe within about an hour.

Approximately four hours later the diver made another dive. Upon surfacing, she was nauseous and vomited (she had not previously experienced such symptoms after diving). The nausea resolved quickly, and the diver conducted five more dives over the next two days despite significant swelling and compromised mobility that lasted for about four days.

The diver wore a drysuit and neoprene wet gloves on every dive. When not diving she kept the wound dry and applied an over-the-counter antibiotic ointment to it. She also took an over-the-counter antihistamine and applied crushed aspirin to the skin surrounding the puncture site (not directly on the wound), but none of these practices provided any relief. Significant itching and pain reached their peak five to six days after the incident.

About three days after the bite, the wound became infected and developed into a dark, quarter-inch lesion surrounded by a raised red area. Black-green discolouration surrounding the lesion appeared about nine days after the incident. Moderate pain and significant itching and swelling lasted for more than a month.

Although blue-ringed octopus bites are known for being potentially deadly, bites by most octopus species are generally not problematic. Recently scientists have come to understand that all octopuses may be venomous to some degree. The medical literature indicates that bites by octopuses of the same class as the giant Pacific octopus have resulted in ulceration. The small puncture wound developed into what appeared to be an ulcerous lesion, similar to one that developed following a common octopus bite documented in a 2011 medical case report.

The delay in proper wound care may have been a complicating factor. DAN recommends washing marine bites immediately with soap and clean water to minimise the risk of infection. Infection can impair healing and lead to significant tissue damage. Divers should not dive with open wounds because exposure to the aquatic environment can increase infection risk.

Monitoring the wound site is important since signs of infection can appear from within hours to several weeks following an injury. The immediate swelling the diver experienced may have been a consequence of the initial trauma, the exposure to myriad antigens that followed and/or toxins. Prolonged symptoms were most likely a result of infection.

In addition to inflammation of the affected area, other symptoms of infection include pain, redness and immobilisation. These symptoms can be remembered using the acronym PRISH: pain, redness, immobilisation (impaired function), swelling and heat (elevated warmth of the infected area). The cause of the diver’s nausea upon completing the dive is unclear.

A third complicating factor, in this case, may have been the delay in medical care. DAN advises divers to treat wounds caused by marine life like any other animal bite and seek prompt medical attention. In this case, the wound was evaluated ten days after the incident, delaying treatment that might have limited progression of the diver’s symptoms.

Initially, the physician prescribed a ten-day course of the antibiotic levofloxacin. Evolving symptoms and progressing discolouration, however, prompted the doctor to prescribe an additional antibiotic, amoxicillin and clavulanate (Augmentin), for ten days along with an antihistamine to manage itching.

This incident should serve to emphasise that timely treatment of wounds can reduce the risk of serious infection. Whenever possible, divers should photograph wounds, because images can help medical staff provide more effective and efficient care. Divers should understand that handling marine life may lead to injuries, some of which can result in serious complications.

Check out this cool video of a baby octopus bite.

You can see more content from Dan Europe from their regular column, or check out the DAN website for more information about medical advice and diver insurance.