This month the DAN Blog focuses on Decompression Sickness

One hour after diving, the room started spinning… 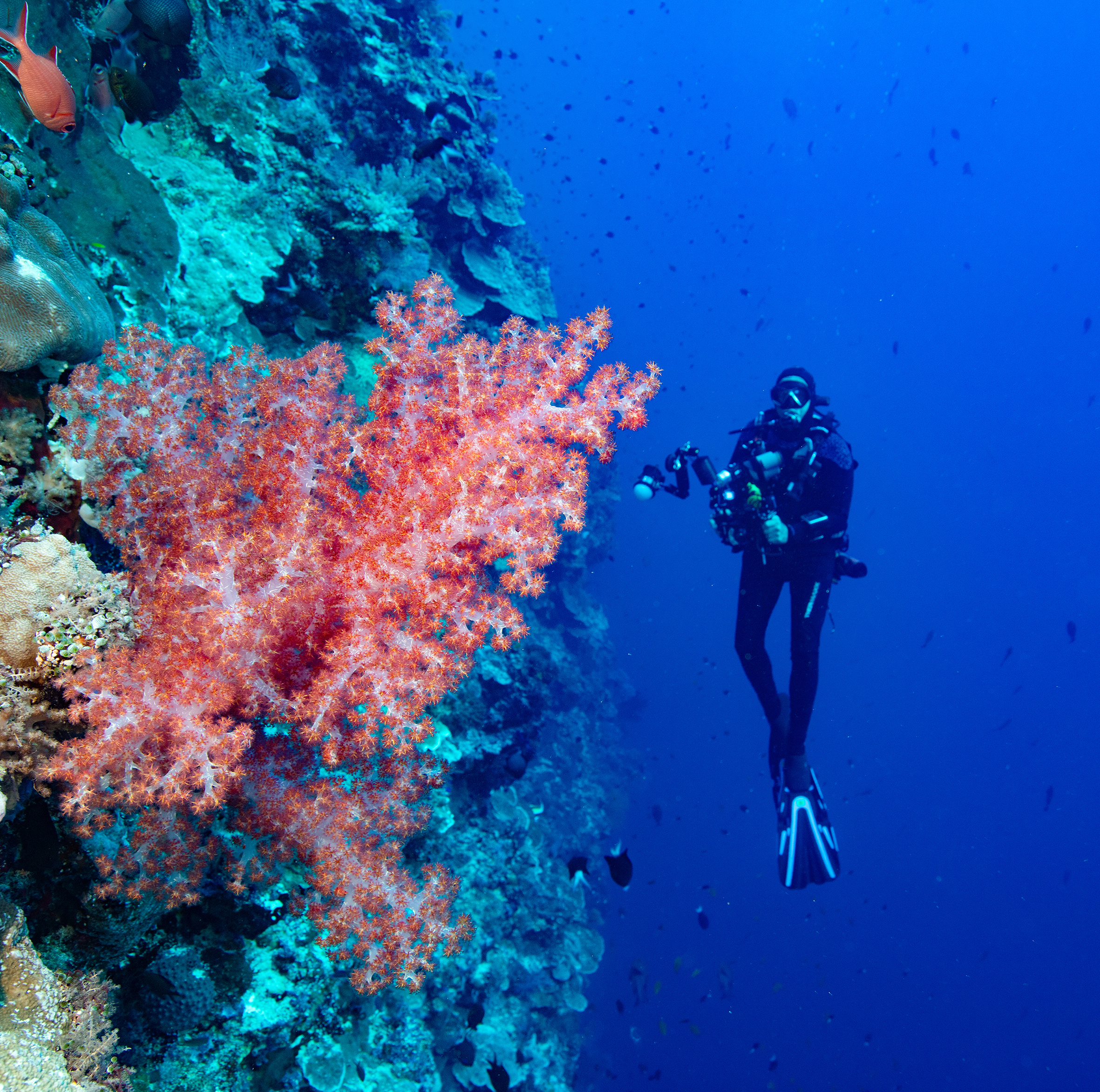 The Dives: On the day of the incident, the diver had completed three dives on air. He went into deco on his final dive, so he performed a six-minute deco stop at 3m. Along with his Divemaster, he descended to 5m to complete a 15-minute safety stop.

Upon surfacing the diver had no apparent problems. However, one hour later while resting in his bed at the hotel, he started to feel as though the room was spinning. This was followed by an episode of vomiting. A few minutes later he developed a tingling sensation in both hands.

He informed the dive resort of his symptoms and was put on oxygen for 20 minutes via nasal canula with no relief, so was taken to a nearby hospital by road. Requiring further treatment, the diver was transferred to another hospital 90 minutes away (also by road) for higher level care, including further evaluation and management. (Note: A nasal canula provides insufficient oxygen for managing a diving accident. With a flow rate of only 1-6 litres per minute the percentage of oxygen inspired is quite low at 24-44%). 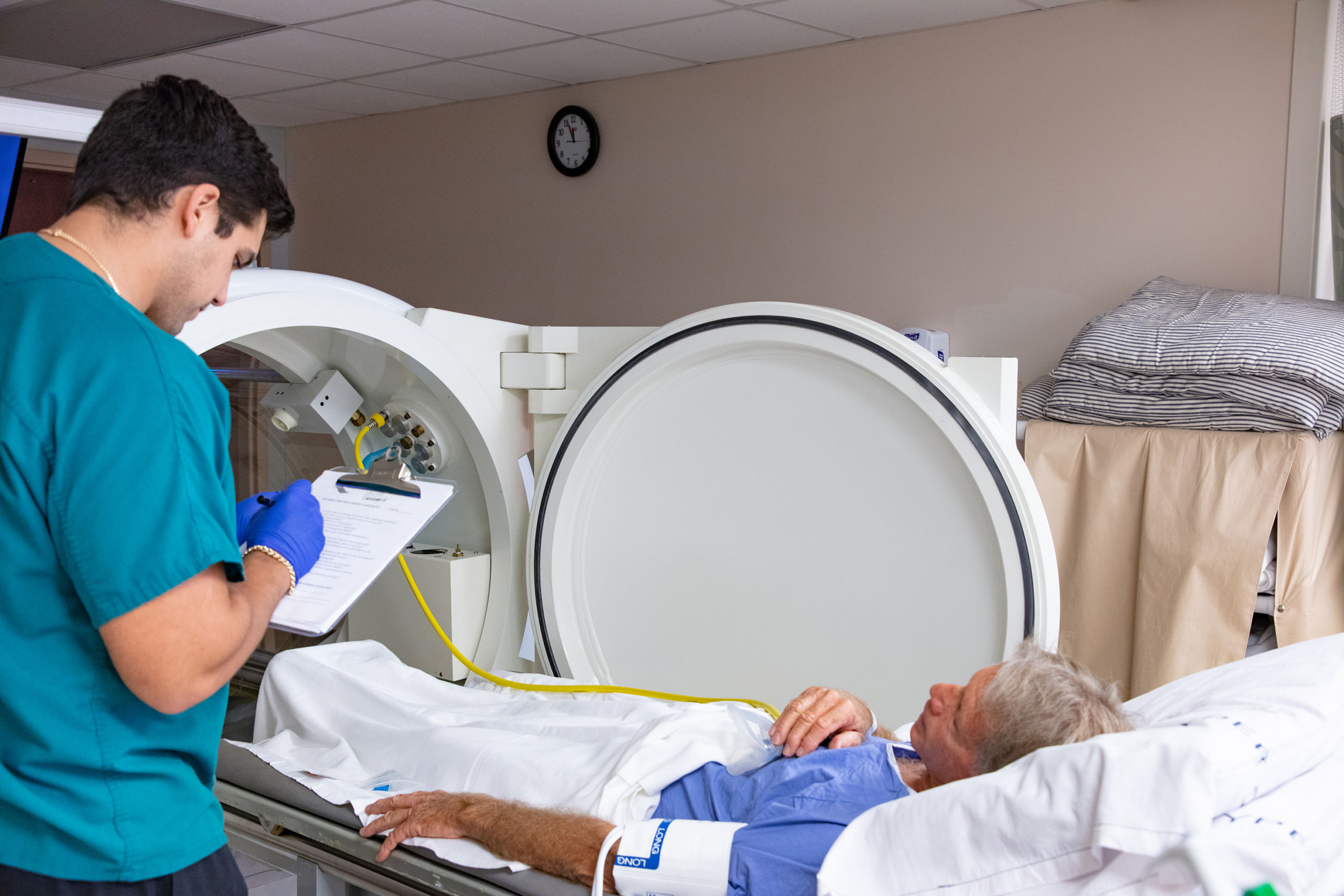 On admission to the hospital the diver was given oxygen. While he was in the emergency department the doctor wanted him evaluated for a cerebrovascular accident (stroke) and referred him to a neurologist, who ordered a cranial CT scan. The stroke was ruled out, and the diver was treated for DCS Type II. It was found that while he could sit up on his own, he could not stand due to severe dizziness. It was also found that his tongue was deviated to the left.

He underwent a US Navy Table 6 treatment. After this treatment, the diver could stand but staggered when trying to walk, falling to one side, and he was still dizzy.

The decision was made for the diver to undergo a second Table 6 treatment. Although there was improvement after this treatment, he still had trouble with his balance.

The diver underwent a third and final recompression treatment (Table 9).

The diver was discharged the day after his final recompression treatment. While his balance had not fully recovered, he was in much better condition, and the dizziness has nearly fully resolved.

The treating doctor provided these recommendations:

Brain injury can result from external trauma (blunt injury, falls) or from interruptions in blood flow within the brain. The latter is known as a cerebral vascular accident (CVA) or stroke, which is what the doctors first suspected when the diver arrived at the hospital. The fact that this diver also had tongue deviation was another possible indicator that he had experienced a stroke. However, it is likely this doctor was not familiar with diving medicine.

After testing, stroke was ruled out and the diver was diagnosed with Type II Decompression Sickness.

Symptoms of Type II Decompression Sickness are serious. They typically fall into three categories: neurological, inner ear and cardiopulmonary. Neurological symptoms may include numbness; pins and needles or tingling (paraesthesia); muscle weakness; an impaired gait (difficulty walking); problems with physical coordination or bladder control; paralysis; or a change in mental status, such as confusion or lack of alertness.

It is common for divers to be assessed by a neurologist before being treated for DCI to rule out CVA.
Type II Decompression Sickness symptoms can develop at different speeds. A slow build-up can obscure the seriousness of the situation by allowing denial to persist. Less common symptoms such as difficulty walking, urinating, hearing or seeing — especially if their onset is quick — can prompt faster recognition and action.

Fortunately, the diver in this case acted fast and requested help at the first onset of symptoms, so he was able to receive prompt treatment, and ultimately he recovered well.