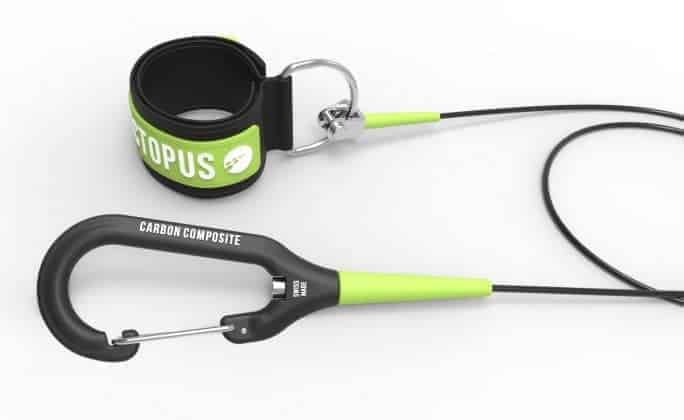 Pascal Berger of Switzerland-based Octopus released an innovative noseclip in 2016 to critical acclaim, and now he is back with a new product – a freediving lanyard.

A competitive deep freediver on the international circuit for a long time, he never found a lanyard he was totally happy with, so he decided to create his own version utilising his formidable array of design skills.

The Octopus lanyard combines a carbon composite polymer, which means it is super-light and hydrodynamic, as well as being corrosion-resistant. It is linked to a 360 degree swivel and a 100cm plastic-coated stainless steel cable, and the elastomer quick-release ‘tag’ to open the wristband marine-grade polyester Velcro is brightly coloured and three-dimensional, ensuring it is easy to find even in low-vis or while wearing gloves in cold water.

Similar to how the Octopus noseclip was funded, Pascal is launching a crowdfunding campaign for May and June 2017 to raise the initial costs of €25,000 for injection moulding and production of the elastomer parts. In return for helping with initial costs, crowdfunders get a great initial discount of up to 60 percent off.

Production will start during summer, and delivery is planned for October-November 2017.

To find out more and help fund the project, head to the Octopus Crowdfunding page.