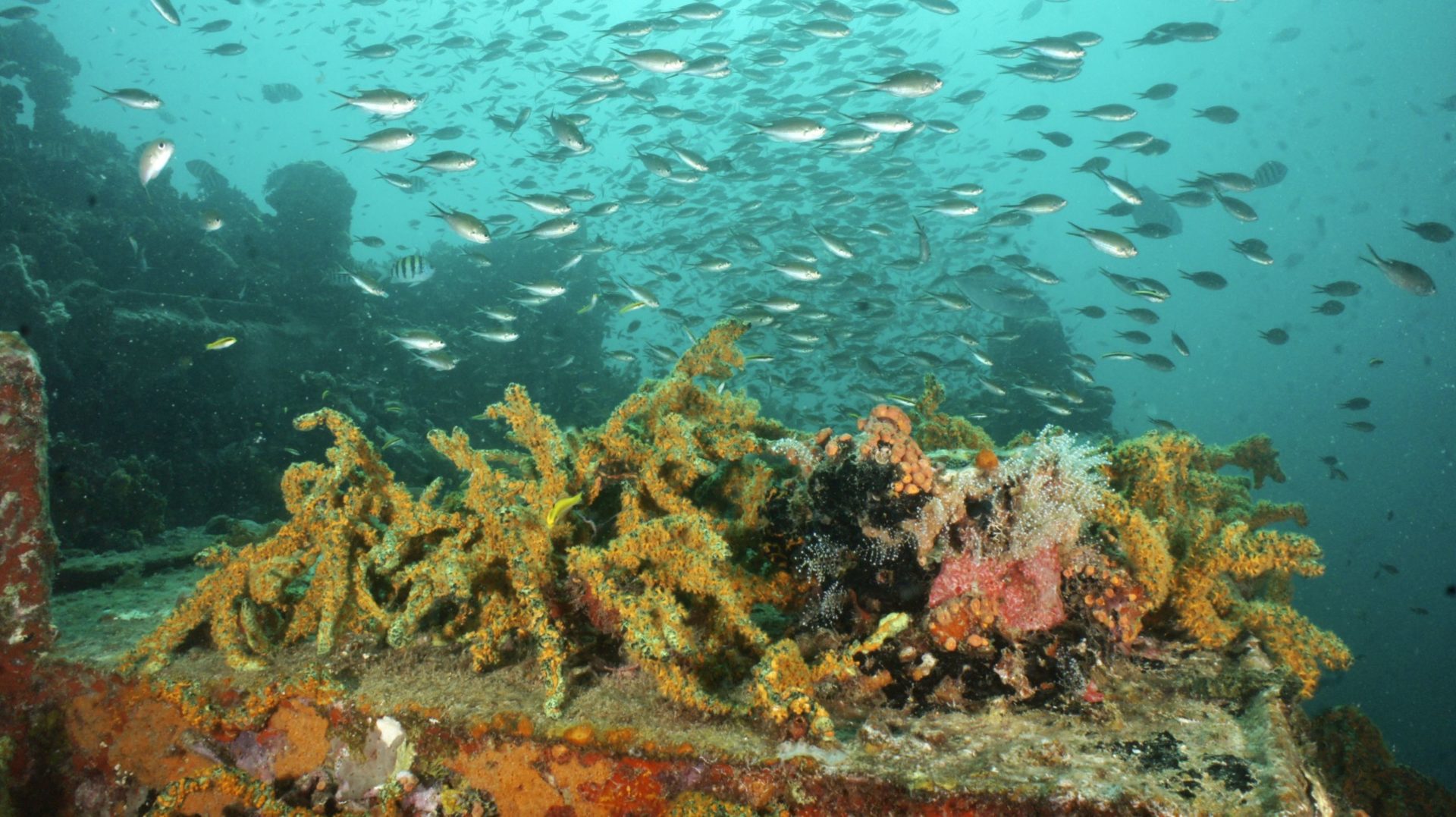 Day four of the Grenada Dive and Conservation Fest saw a day on the water with Aquanauts Grenada for some reef and wreck diving, as well as a visit to an innovative coral restoration project.

First dive was The Cove, which has to be one of the nicest reef structures on Grenada, and in among its coral heads and sandy gullies the DCFGrenada participants found a massive green moray, numerous spotted drums and plenty of lobster.

After a nice snack-lunch on the dive boat, the divers joined the team from Grenada Coral Reef Foundation, who are establishing various methods of coral reef restoration in the waters off Gouyave. It was inspiring to swim around the ‘coral trees' and see the frames with healthy growing specimens in place.

The afternoon saw the divers hit the Veronica L, one of the most-coral-covered of Grenada's wrecks, followed by a nice meander along the reef, taking out a few errant lionfish enroute.