Take your iPhone underwater with SeaLife

Wetpixel Live coming to a screen near you

Interview with Brent Durand – Underwater Photographer of the Week

Interview with Karim Iliya – Underwater Photographer of the Week

Interview with Katherine Lu – Underwater Photographer of the Week

Interview with Nadia Aly – Underwater Photographer of the Week

Interview with Rick Ayrton – Underwater Photographer of the Week

Interview with Nadya Kulagina – Underwater Photographer of the Week

As the largest species of skate in the world, the Common Skate is one of the largest creatures in British waters. They can grow to have a wingspan of up to eight or nine feet and weigh in excess of 250lbs, with skate of that scale thought to be around 70-years-old.

Catherine said: “During a weeks diving from Kinlochbervie, Scotland, we took the opportunity to explore some new sites. My buddy and I dropped into the clear water and as we descended I spotted an unusual shape on the sea bed below us.

“We descended to 30m where we began to admire this beautiful female common skate. As we were admiring her, what appeared to be her mate decided to swim past and check us out. He swam around for around 15 minutes before heading away. We then left his mate and continued our dive.

“The footage is extremely rare and we haven’t come across any other footage of two skate taken by divers.”

Hugely overfished for decades, Common Skate are by no means common these days and are now critically endangered. They were once widespread in the UK but populations have now diminished and become confined to the deep sea lochs west of Scotland and the west coast of Ireland.

Check out Catherine’s YouTube channel for more videos, and www.northeastdive.co.uk for diving in this area.

Got a video you want to share? Submit your entry here. 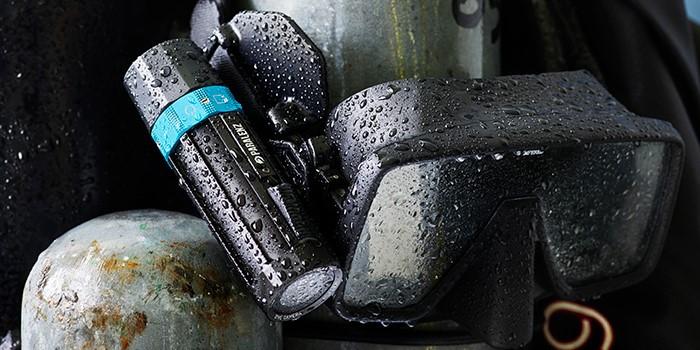 Our video wall is sponsored by Paralenz, and each week we’ll be posting a video either from the guys at Paralenz or a guest video picked from our user-generated uploads showcasing the best of diving, conservation, travel and more!

Paralenz are the ‘new kids on the block’ when it comes to underwater action cameras, but they bring a serious piece of kit to the table that is loaded with benefits and can rival any other action camera on the market. The main feature allows you to throw away your traditional filters, as their DCC software corrects colour on the fly to produce stunning videos. Other action cameras are built to be used for anything from skiing to surfing, but diving is a unique sport that places extreme demands on the gear used, both in terms of durability and usability. The Paralenz POV Action Camera is built for one purpose – diving – and is perfectly suited to survive in the rough and tough conditions of a gear bag or on any adventure you may take it on!

Get all the colours without colour filters

The most light-sensitive underwater action camera

Use the click-mount system for fast and easy mounting

Simple enough for anyone to operate

Switch to Paralenz today – and start bringing the colour back into your videos!

Mark Evans - Modified date: 23rd October 2020
Cold-water diving - tried it yet? Join Editor-in-Chief Mark Evans for the first video from our brand-new studio, in which he offers some useful...

Looming oil disaster in the Caribbean