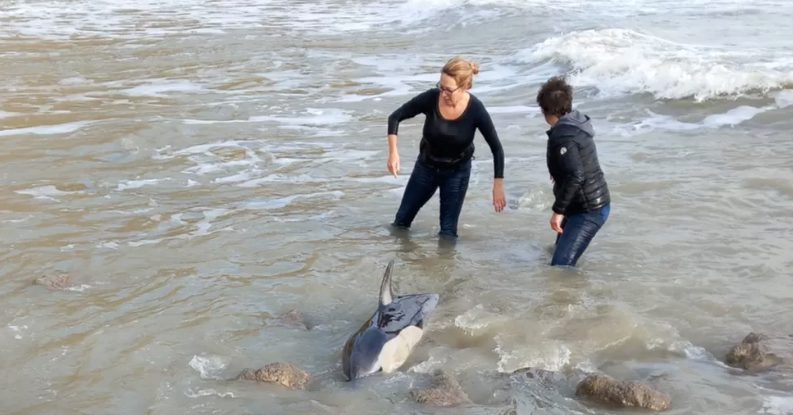 A group of women who were out for a coastal walk in Sussex last week ended up tackling rough seas and freezing conditions to rescue a stranded dolphin.

Three Hastings Rounders walkers saw a flock of gulls hovering near Rock-a-Nore, near Hastings, on Thursday 29 December and after investigating, they found the dolphin stuck between two rocks and being battered by the incoming waves.

Amy Walker, Carrie Warrior and Sarah Gale first thought the animal was a shark, but as they got closer, they realised it was a dolphin, or porpoise. Seeing the predicament it was in, Ms Walker and Ms Warrior charged into the water to assist the creature.

It took them more than 20 minutes to be able to move the dolphin to where they could turn it around and release it back into the open sea. It was last seen swimming off towards Bexhill.

Ms Warrior said: “We didn't feel the cold until we got out – adrenaline took over. It was an amazing experience and we all feel blessed that we were there.”