Children venture into ‘space’ – in Shropshire 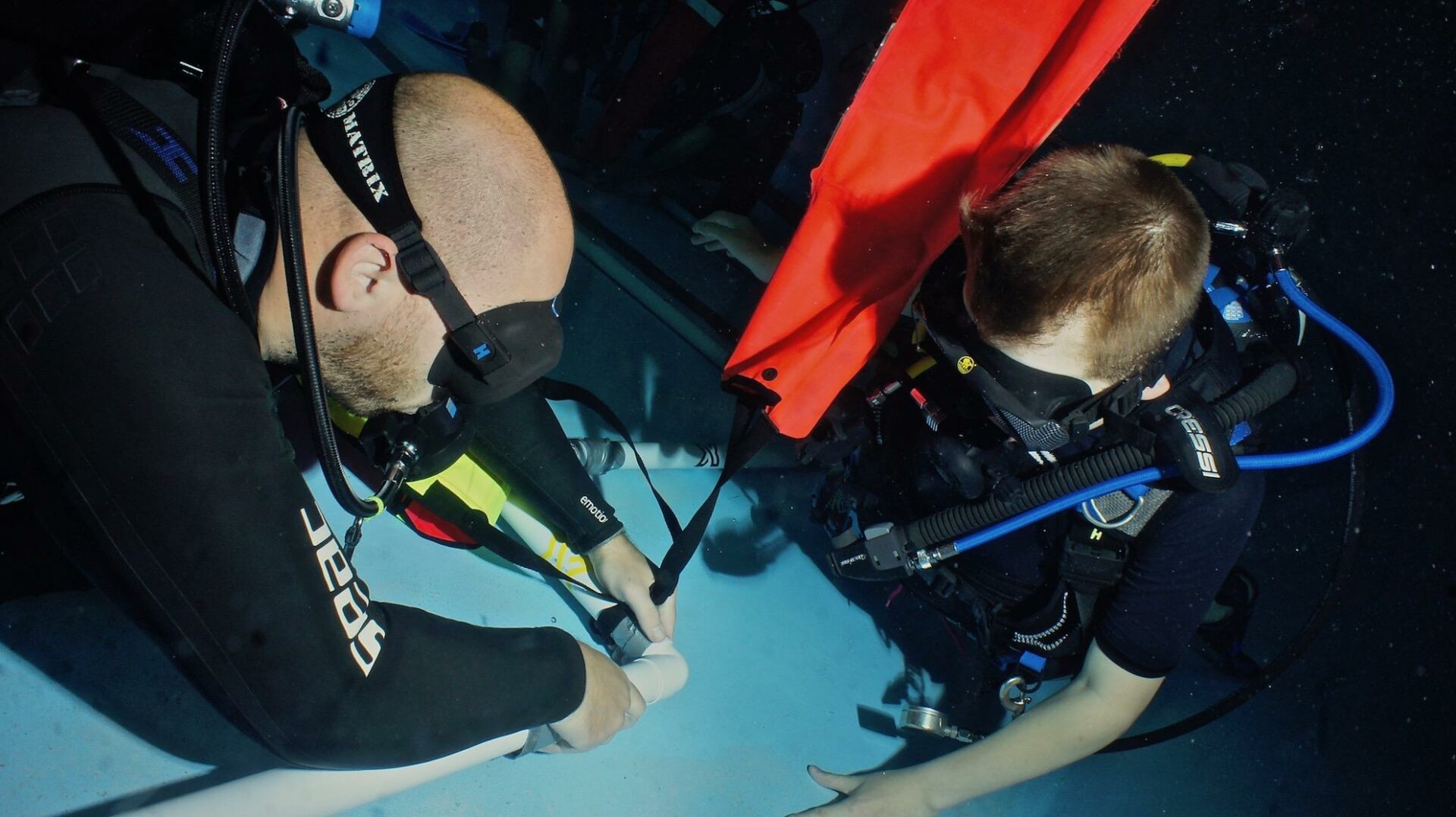 An event focused on all things to do with space is not something you’d expect to encounter in the wilds of Shropshire, but in August, a host of children from all over the UK descended on Moreton Hall School north of Oswestry to take part in Space Camp, a week-long residential trip sponsored by the Royal Air Force Youth Engagement Team and pulled together by Hi-Impact, one of the UK’s leading educational consultancies.

The RAF had specific aims and objectives for Space Camp. Firstly, they wanted to broaden the future recruitment pool by ensuring school-age children become engaged in STEM subjects and appreciate the range of career opportunities that are available. They also wanted to ensure that the experience targeted 13 to 14 year old youngsters who wouldn’t typically get such opportunities. Hi-Impact’s network of school contacts helped the recruitment process achieve this, along with the fact that the event was fully sponsored by the RAF, meaning any potential financial barriers were removed for children wanting to apply. Lastly, encouraging girls to apply was a really important aim for the RAF. 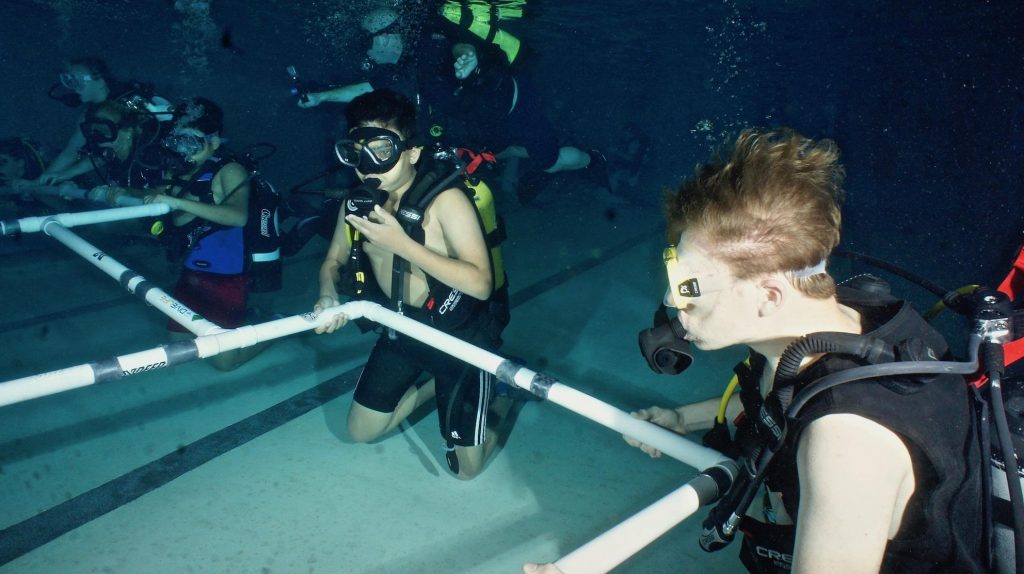 Hi-Impact acted as the delivery partner for Space Camp, meaning they designed the educational programme, selected the venue, recruited the children, chaperoned and managed the residential experience and employed third parties to deliver some additional activities. Constructing Mars rovers, sending up weather balloons laden with technology, and taking part in other space-related experiments is one thing, but how on Earth did diving come into the mix?

Simon Sloan, Hi-Impact’s Operations Manager and Space Camp’s Project Manager, was struck by the 3.7m depth of Moreton Hall’s indoor pool and, being a qualified diver himself, formulated an ambitious idea to involve a dive school in delivering something that replicated the training that real astronaut’s undertake to simulate weightlessness. Simon partnered with Kevin Murphy from nearby RAID dive centre Severntec Diving and quickly the two devised something that would eventually turn into the standout activity for the Space Camp cadets.

Kevin understood that for the RAF to be convinced of the benefit of the activity, it would need to be more than a trydve – it had to tie in with the theme of the week. He put together a proposal for an underwater collaborative challenge to construct a large frame out of piping and joints in the deep end of the pool, and then attempt to achieve neutral buoyancy with the frame by partially inflating attached surface marker buoys and transporting it back to the shallow end. 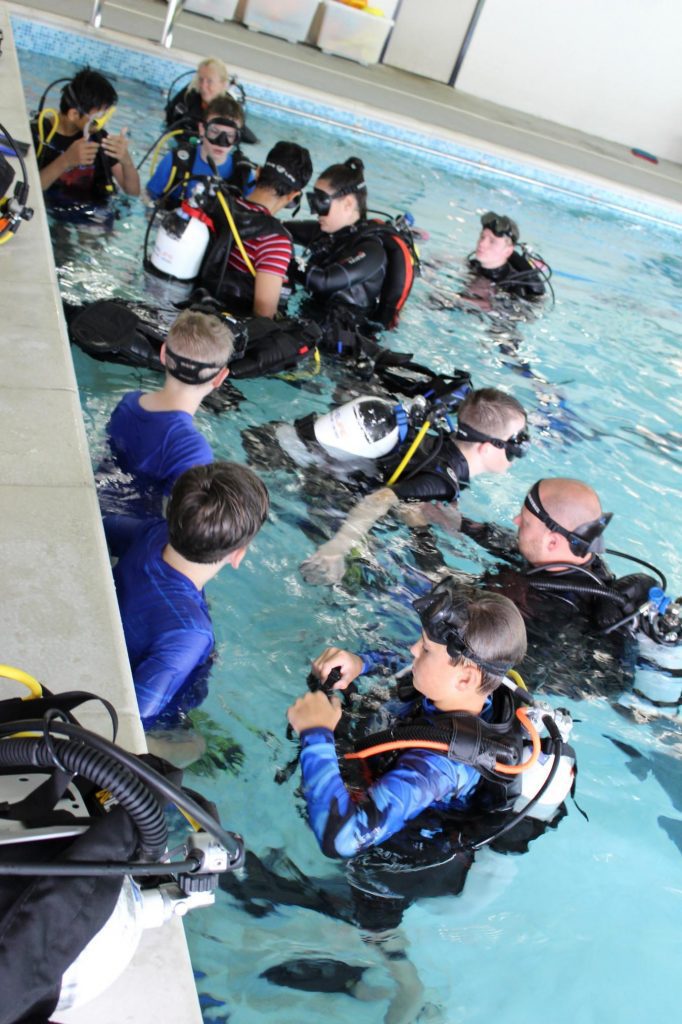 This in itself was going to be labour-intensive, and with so many children taking part over the two-day schedule, the majority of whom had never dived before, Kevin called in the assistance of fellow RAID centre DiveLife. Oliver van Overbeek duly arrived with staff and a van load of kit to ensure there were enough ‘bodies’ in the water to manage the activities.

The RAF were on board with the idea and on days two and three of Space Camp, 40 children – only two of whom had ever done any diving before, and some that were extremely nervous swimmers – took to the pool and overcame their fears, experienced something they never thought possible and gave them a taste of what it’s like to be weightless in space.

Kevin, Oli and their teams dealt admirably with the horde of excited children. Initial swim tests were completed before they were split into smaller groups and given a run through of the necessary basics – mask clear, reg retrieval, etc – before moving on to the exercise. Some of the children were very nervous, and in these cases instructors took them off for one-on-one sessions, but overall, the vast majority were able to get to grips with the pipe frame and neutral buoyancy exercise. 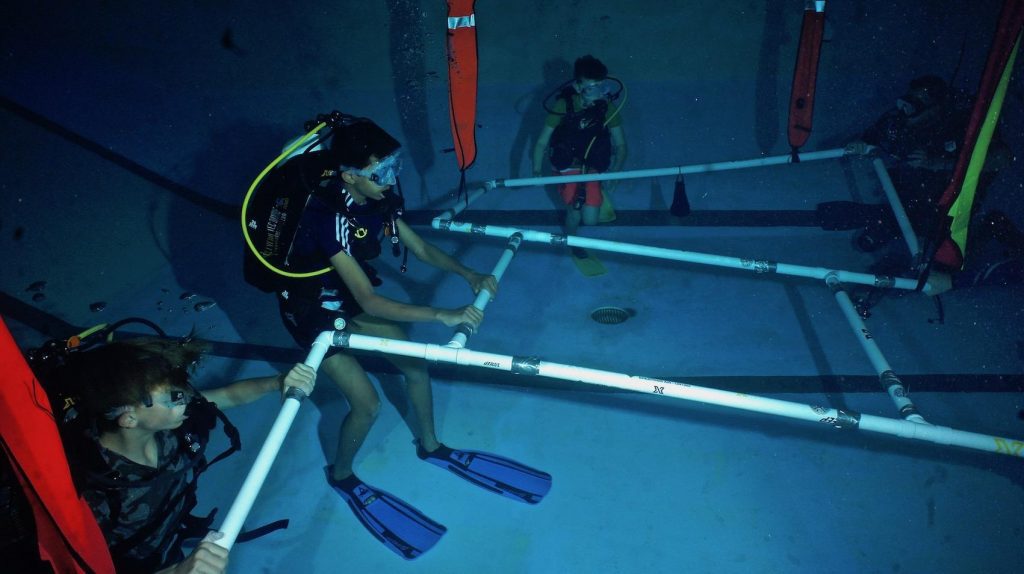 Simon commented: “As much as the activity achieved educational relevance, it was the personal journeys that stood out. Shanice, one of the children who hadn’t initially wanted to take part, went from not wanting to even put her face in the water to fully completing the session – she was beaming with pride at her achievement and it’s moments like that which can spark something in a child that lead to them doing something special later in life.”

Flight Lieutenant Michelle Randall said: It has been a privilege to provide exciting and challenging opportunities for the students and immensely satisfying to see them grow in knowledge and confidence as a result.

“This was the inaugural Space Camp sponsored by the RAF Youth and STEM Team, with a mission to inspire the next generation of engineers. In partnership with Hi-Impact Consultancy, we developed a programme of activities all linked to space – and a particular highlight has been the scuba dive experience.”

Kevin commented: “When I was first contacted back in May in relation to this project, it all seemed a bit vague, but those words ‘neutral buoyancy’ and ‘deep pool’ sparked major interest in me. A site meeting was agreed and after a recce of pool and classrooms was done, I became aware of how high profile the project was, being sponsored by the RAF. After lengthy conversations, it was a go, and the team at Severntec Diving were very excited at the opportunity to give Space Camp students the feeling of neutral buoyancy.”

It is hoped that this will become an annual event, and Kevin and Oli already have big plans for 2020, including a more-elaborate framework that will look more space-age…