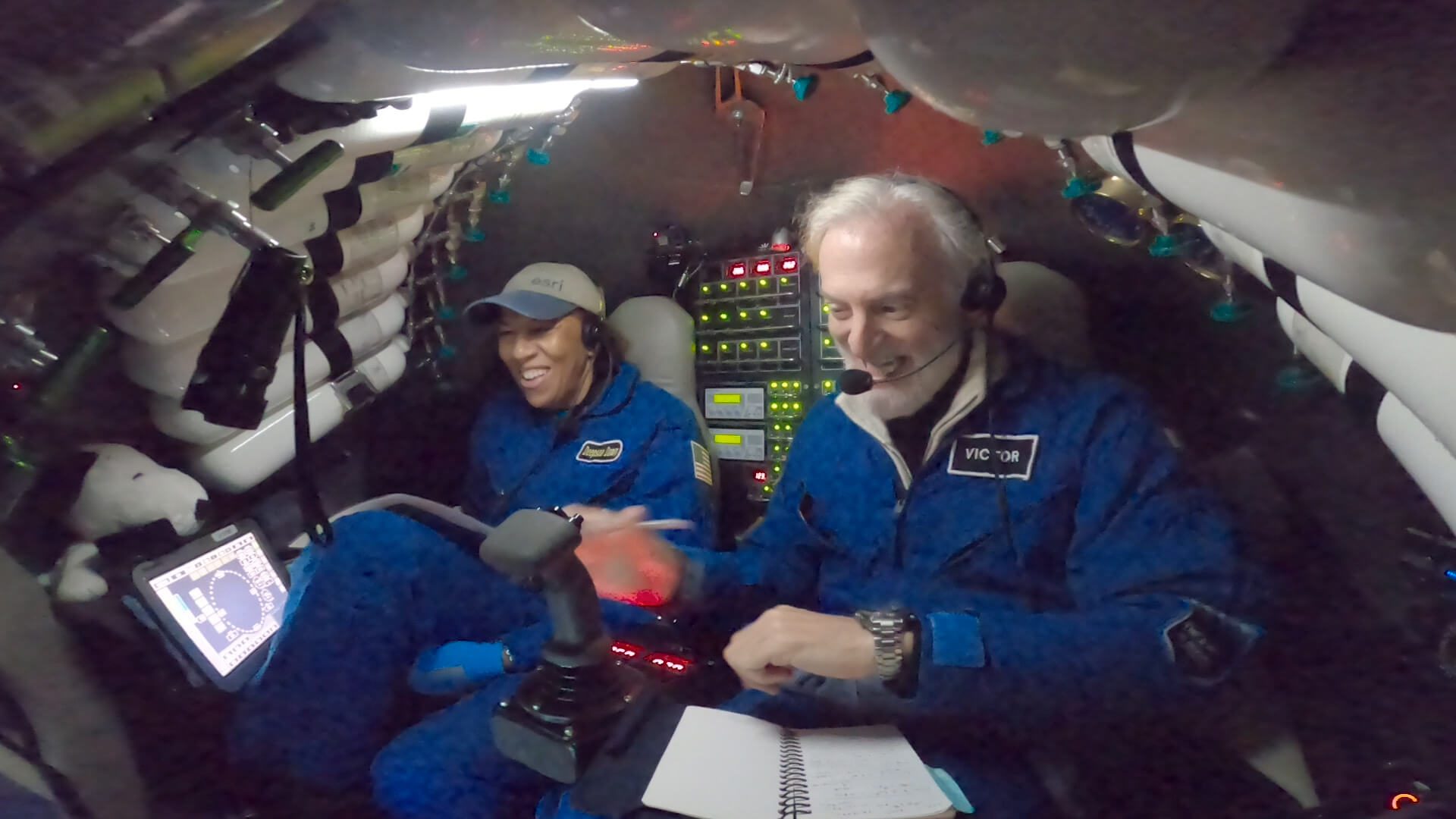 Dawn Wright (Chief Scientist at Esri), successfully completed a descent to the bottom of Challenger Deep, the deepest known point in the Earth's ocean, located within the Mariana Trench. The maximum depth recorded was 10,919 meters +/- 6 meters*

The dive was piloted by Victor Vescovo, undersea explorer and founder of the ocean research company Caladan Oceanic, with Dr. Dawn Wright as mission sonar specialist. The expedition was again led and coordinated by expedition leader Rob McCallum, founder of EYOS Expeditions.

Wright supported the dive with her expertise in marine geology and the company's geospatial technology and became one of the few individuals – and the first Black person – to visit Challenger Deep.

“I am excited to support the science and mapping goals of Victor and his Caladan Oceanic team and to further strengthen the relationship between our two organizations,” said Wright. “It is a great opportunity to perform more detailed mapping of the entirety of Challenger Deep, as well as to just fulfill my dream of visiting there.. There is still so much we don’t know about the vast majority of our own planet. This is why it is such an important scientific endeavor to understand the oceans better.

Wright will release a series of maps and data from the dive on Esri's ArcGIS Living Atlas of the World, the foremost collection of geographic information – including maps, applications, and data layers – from around the world. One goal of making this data available is to add to the understanding of the shapeand structure of this deepest part of the planet, as well as how human activity can affect such places.

Maps of the seafloor are vital for everything from ship navigation to climate modeling. They provide a three-dimensional understanding of ocean volume that climate scientists need to build better models of climate change, and that conservationists need to fully assess and design marine protected areas.

Vescovo, who piloted the submersible, has made dives to the deepest points in all five of the world's oceans, all four of the world’s 10,000 meter trenches, and made 14 prior visits to understanding of the shape and structure of this deepest part of the planet, as well as how

Vescovo, who piloted the submersible, has made dives to the deepest points in all five of the world's oceans, all four of the world’s 10,000 meter trenches, and made 14 prior visits to Challenger Deep. To do so, he commissioned Triton Submarines LLC to design and build the Limiting Factor, (Triton 36000/2) the only vehicle that is commercially certified for unlimited depth and capable of repeatedly visiting any ocean, at any depth, at any time of year.

Vescovo has now piloted the submersible to the five absolute deepest points in the ocean: the Challenger, Horizon, Scholl, Emden, and Sirena Deeps in the Mariana, Tonga, Kermadec, Philippine, and Mariana Trenches, respectively, and in June 2022 discovered the USS Samuel B. Roberts – the world’s deepest shipwreck.

“The oceans…[are] 70 percent of our entire planet and, of that, 95 percent is unexplored,” Vescovo said in a 2019 TED talk. “So, what we're trying to do with our expedition is to build and prove out a submersible that can go to any point on the bottom of the planet … multiple times, which has never been done before. And this [submersible]… will open that door to exploration and find things that we had no idea even existed.”

Expedition leader McCallum added: “This remarkable submersible is the pathfinder to the last frontier of exploration on Earth: the hadal zone [below 6,000 meters]. The discoveries it will enable during its career are almost beyond imagination.”

During this expedition, Vescovo and Wright successfully tested a first of its kind, full-ocean- depth “side scan” sonar built by France’s Deep Ocean Search in an attempt at high-resolution mapping of depths over six times deeper than the Grand Canyon. Such a sonar has never been operated at the deepest area of the ocean and could allow for ultra-high detailed mapping or detection of wreckage at any ocean depth.

The expedition team will use Esri's GIS software to postprocess the raw sonar data and produce what they hope is the most detailed map yet of portions of the deepest place on Earth.

Following this dive, the expedition team will make the first ever crewed descents into the Yap and Palau trenches with Navigator Seasario Sewralur of Micronesia and Former President of Palau, Thomas Rememngesau.

Vescovo and Wright support marine science through their individual affiliations with the Explorers Club, a New York-based professional society promoting scientific exploration and field study. As an awardee of the Explorers Medal in 2020, Vescovo has achieved the society's highest honor. As a Fellow National, Wright has earned recognition for significant contributions to seafloor exploration and mapping. She has also authored and contributed to some of the most definitive literature on marine GIS technology.

To learn more about Wright's historic expedition to Challenger Deep