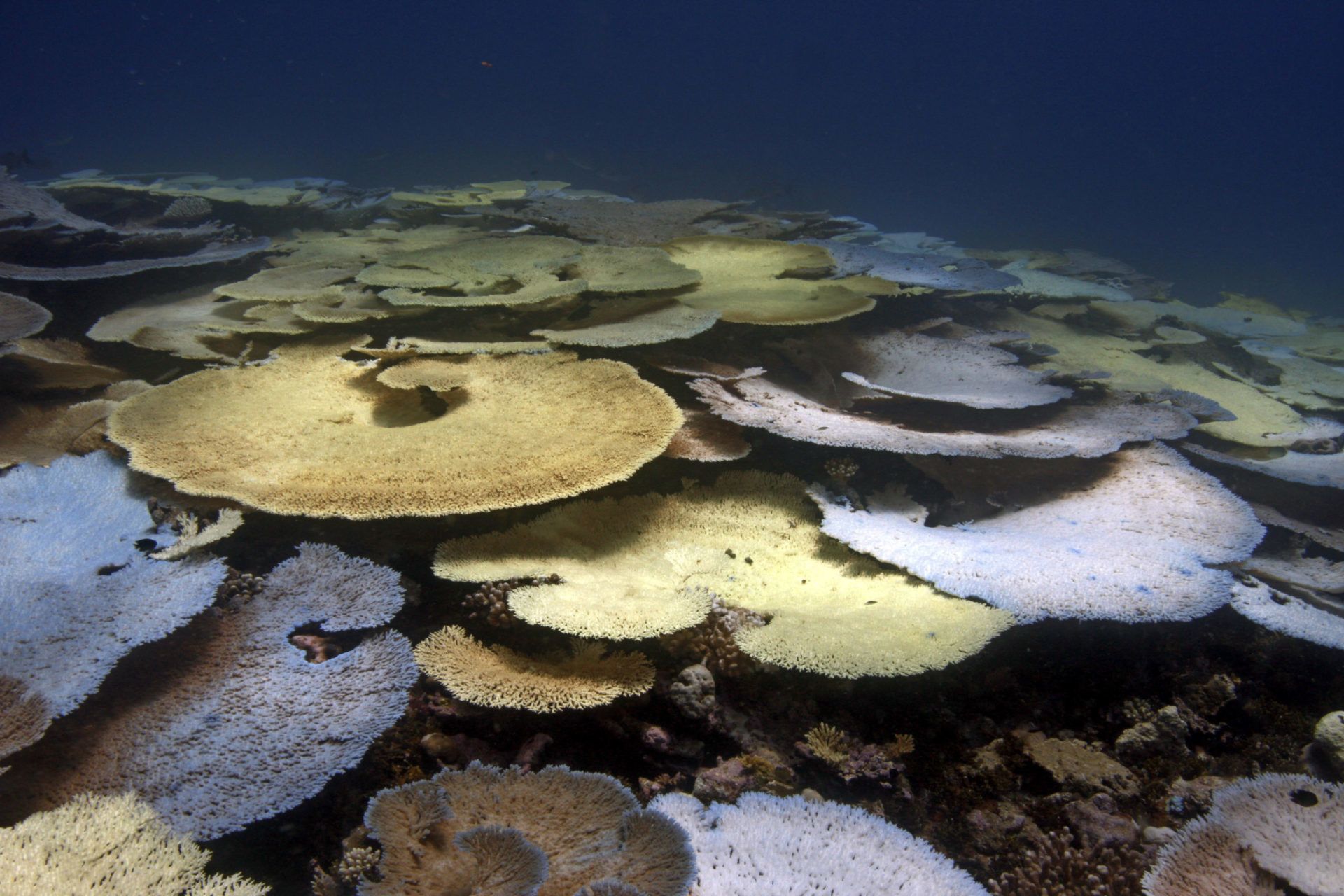 What’s happening to the Chagos Archipelago, the most remote coral reefs on Earth? 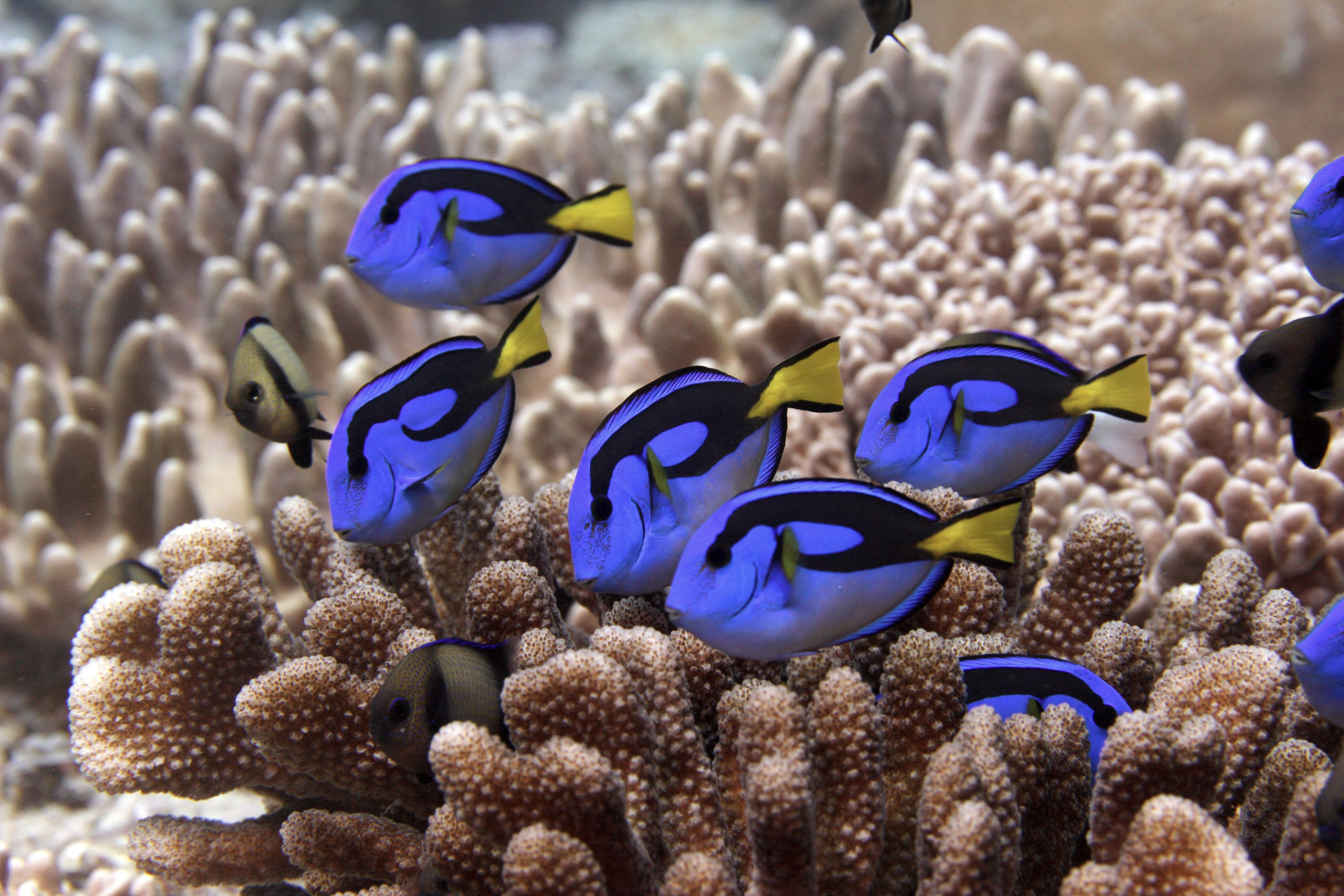 Scientists from the Khaled bin Sultan Living Oceans Foundation have published their findings on the state of coral reefs in the Chagos Archipelago, considered the last frontier for coral reefs.

In the middle of the Indian Ocean lies some of the last coral reef wilderness on Earth. The Chagos Archipelago, a collection of atolls, including Earth’s largest – the Great Chagos Bank– is home to reefs that have been largely undisturbed by humans for the last 50 years. Some estimates indicate the Chagos Archipelago may contain more than half of the healthy coral reefs remaining in the entire Indian Ocean. These reefs are protected both by their remote location, and in one of the world’s largest no-take marine reserves—the British Indian Ocean Territory (BIOT) marine protected area. 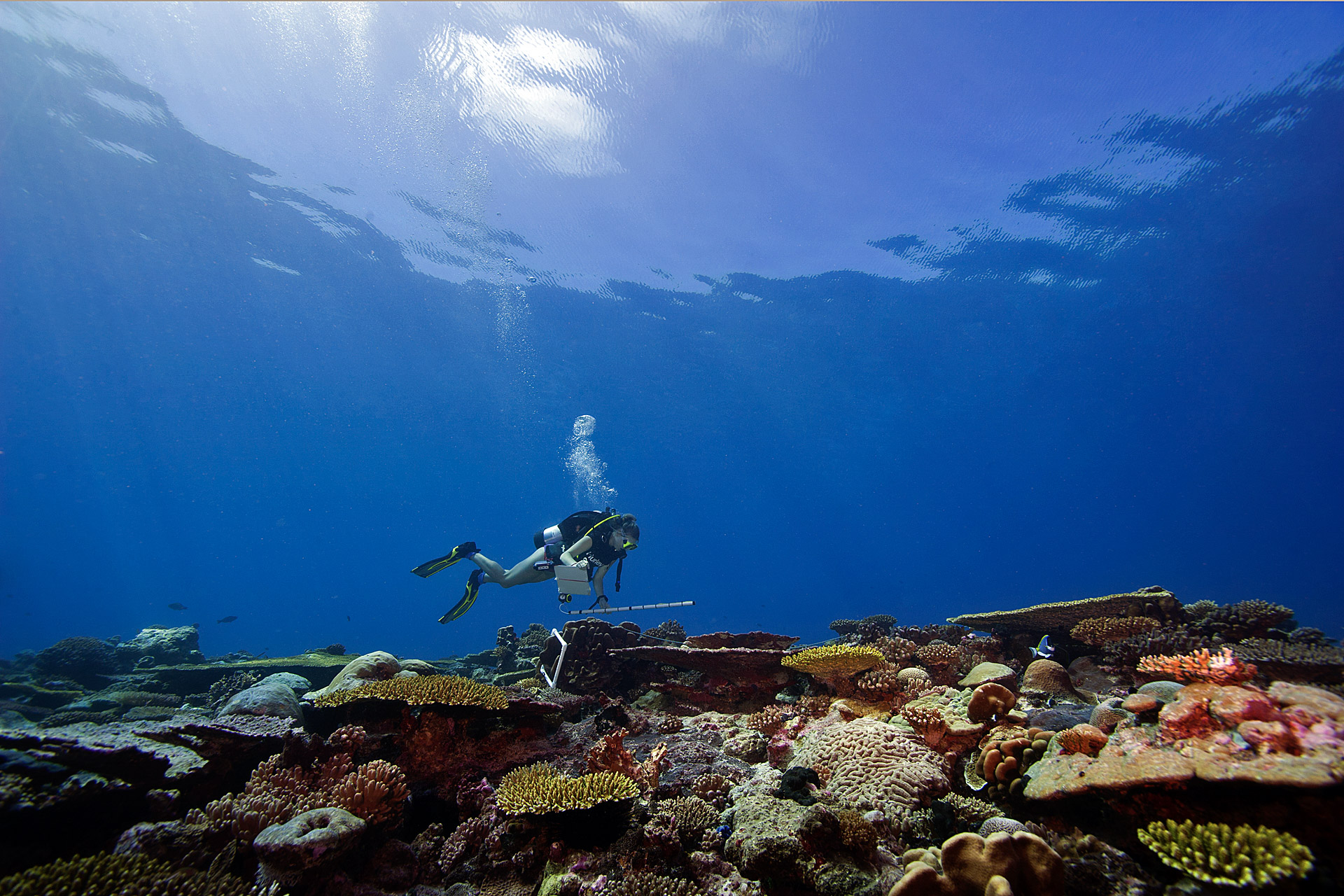 In 2015, scientists at the Khaled bin Sultan Living Oceans Foundation (KSLOF) came to the Chagos Archipelago to assess the status of the reefs. Over the course of two months at sea, an international team of scientists conducted thousands of surveys of the benthic and reef fish communities at over 100 locations across the archipelago. This research was conducted as part of the Foundation’s Global Reef Expedition (GRE), a 5-year research mission that circumnavigated the globe to assess the health and resiliency of coral reefs.

“The Global Reef Expedition was designed to evaluate the status of the benthic and reef fish communities and assess the impact of anthropogenic and natural disturbances on coral reef ecosystems,” said Alexandra Dempsey, the Director of Science Management at KSLOF and one of the report’s authors. “One priority for us was to study reefs with minimal human disturbance, and there was no better place on Earth to do that than the Chagos Archipelago.” 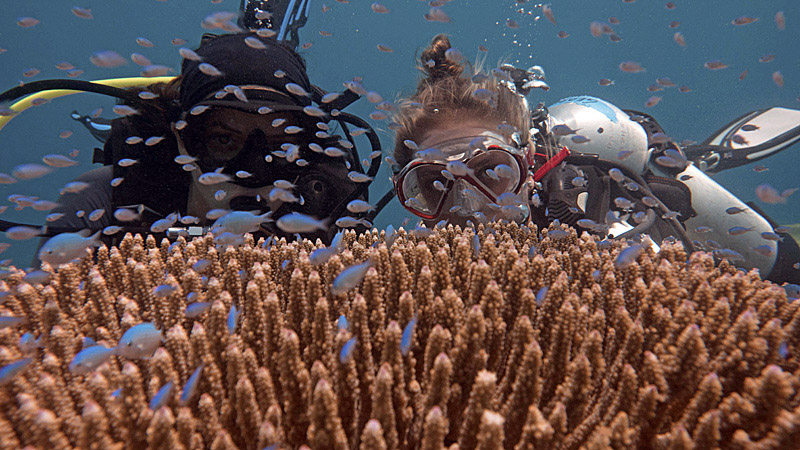 Their findings are detailed in a new report, the Global Reef Expedition: Chagos Archipelago Final Report, which contains detailed information on the diversity and abundance of corals and reef fish species along with valuable baseline data on the state of the reefs at a point in time.

What they found during the research mission were reefs with a stunning diversity of coral and an abundance of fish. Of all of the reefs surveyed on the Global Reef Expedition—the largest coral reef survey and mapping expedition in history—the reefs of the Chagos Archipelago were some of the most diverse and had some of the highest coral cover and fish biomass. They also had more fish per square meter than in any country studied on the GRE. 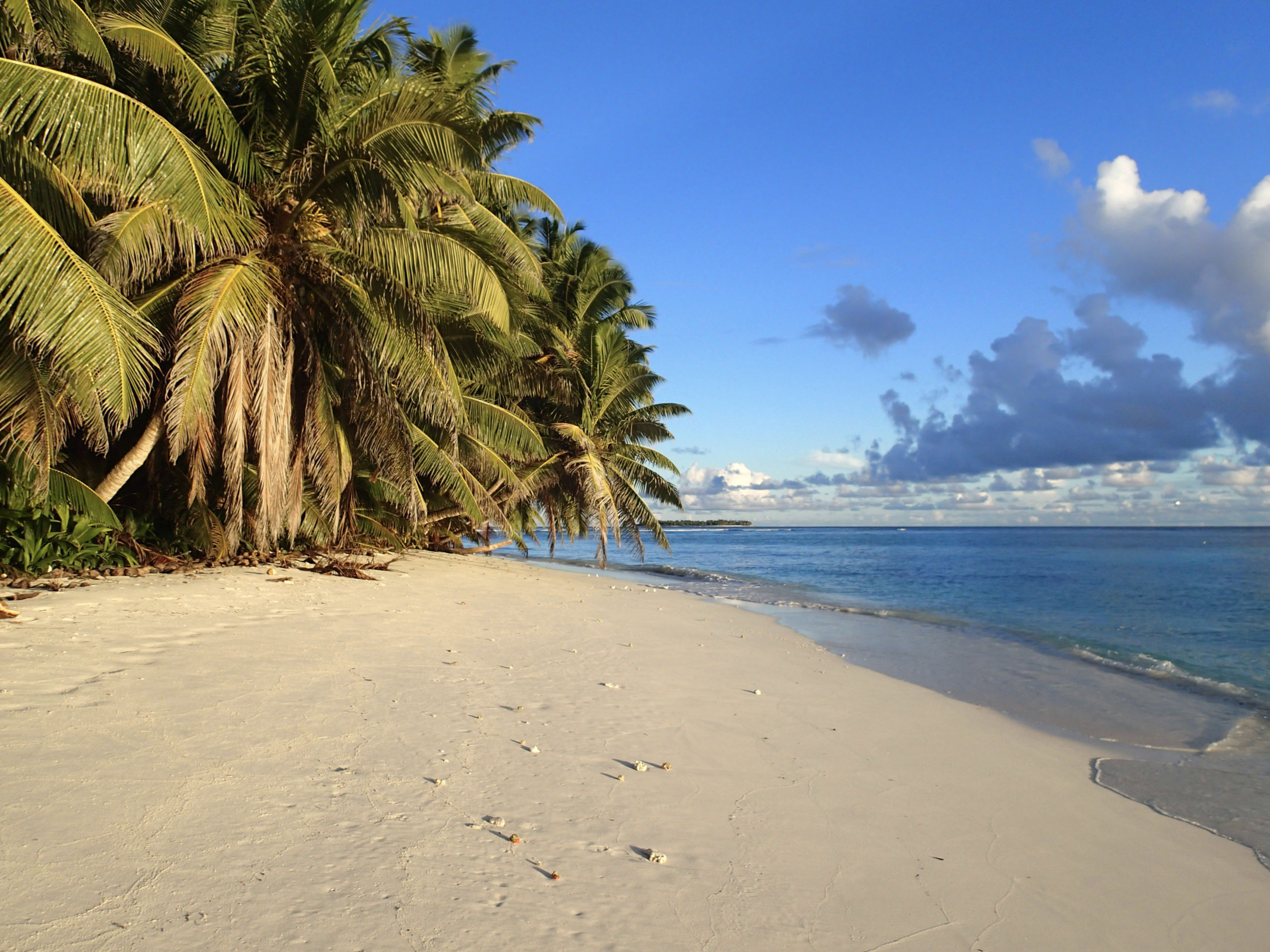 “When we first arrived in the Chagos Archipelago, the reefs were stunning,” said Renée Carlton, Marine Ecologist at KSLOF and lead author on the report. “We saw reefs covered in a diverse assemblage of live coral, and surrounded by an astounding abundance of fish. It was refreshing to see such thriving reefs.”

However, even here in what may be the most remote and well-protected reefs on Earth, there were signs of human impacts. Towards the end of the research mission, KSLOF scientists witnessed the beginning of what would become a catastrophic and global mass coral bleaching event, illustrating the expanse of the coral reef crisis. The data contained in the report released today are the last data collected in the Chagos Archipelago before this disastrous bleaching event caused mass coral mortality on the reefs. 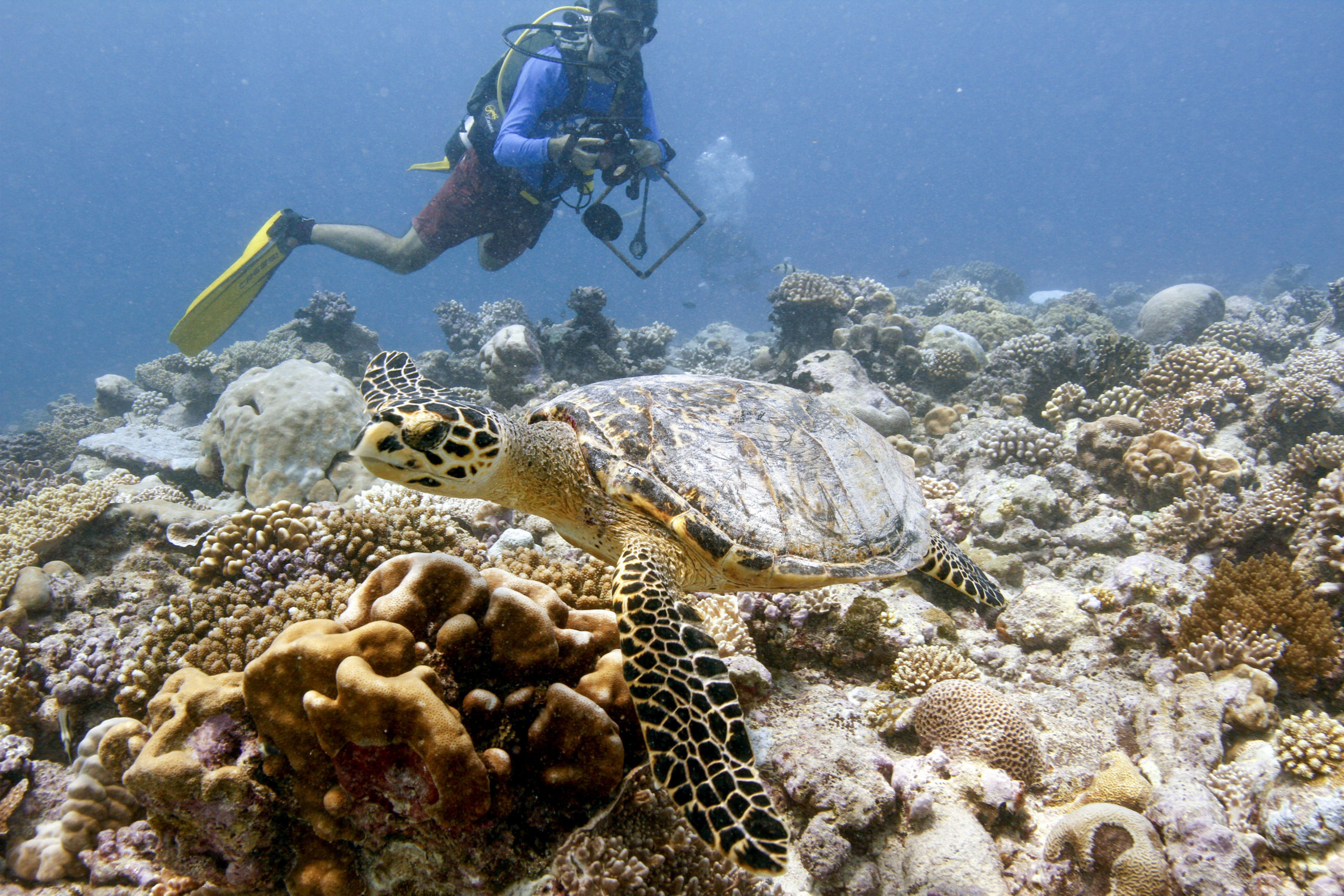 “Of all the reefs visited on the Global Reef Expedition, those of the Chagos Archipelago were surely the most remote and the most undisturbed,” said Sam Purkis, KSLOF’s Chief Scientist as well as Professor and Chair of the Department of Marine Geosciences at the University of Miami’s Rosenstiel School of Marine and Atmospheric Science. “To witness a coral bleaching event develop during our research mission was heart-wrenching, but there’s compelling evidence that reefs which are spared direct human pressures such as overfishing and coastal development, have amplified resilience, so there was hope that the archipelago would bounce back to health relatively quickly.”

During the first signs of bleaching, corals in the Chagos Archipelago turned cotton-candy colored shades of pink, blue, and yellow before turning white, as the corals tried to protect themselves from the sun’s harmful rays after losing their symbiotic algae. As the warm waters persisted, the extent of the bleaching was readily apparent and impacted the vast majority of the shallow-water corals. A study shortly after the bleaching event found live coral fell dramatically from the relatively healthy 31-52% observed on the Global Reef Expedition, to only 5-15%. Since then, there have been promising signs the reefs are recovering, however, it is unlikely the reefs have returned to the same state they were in prior to bleaching. 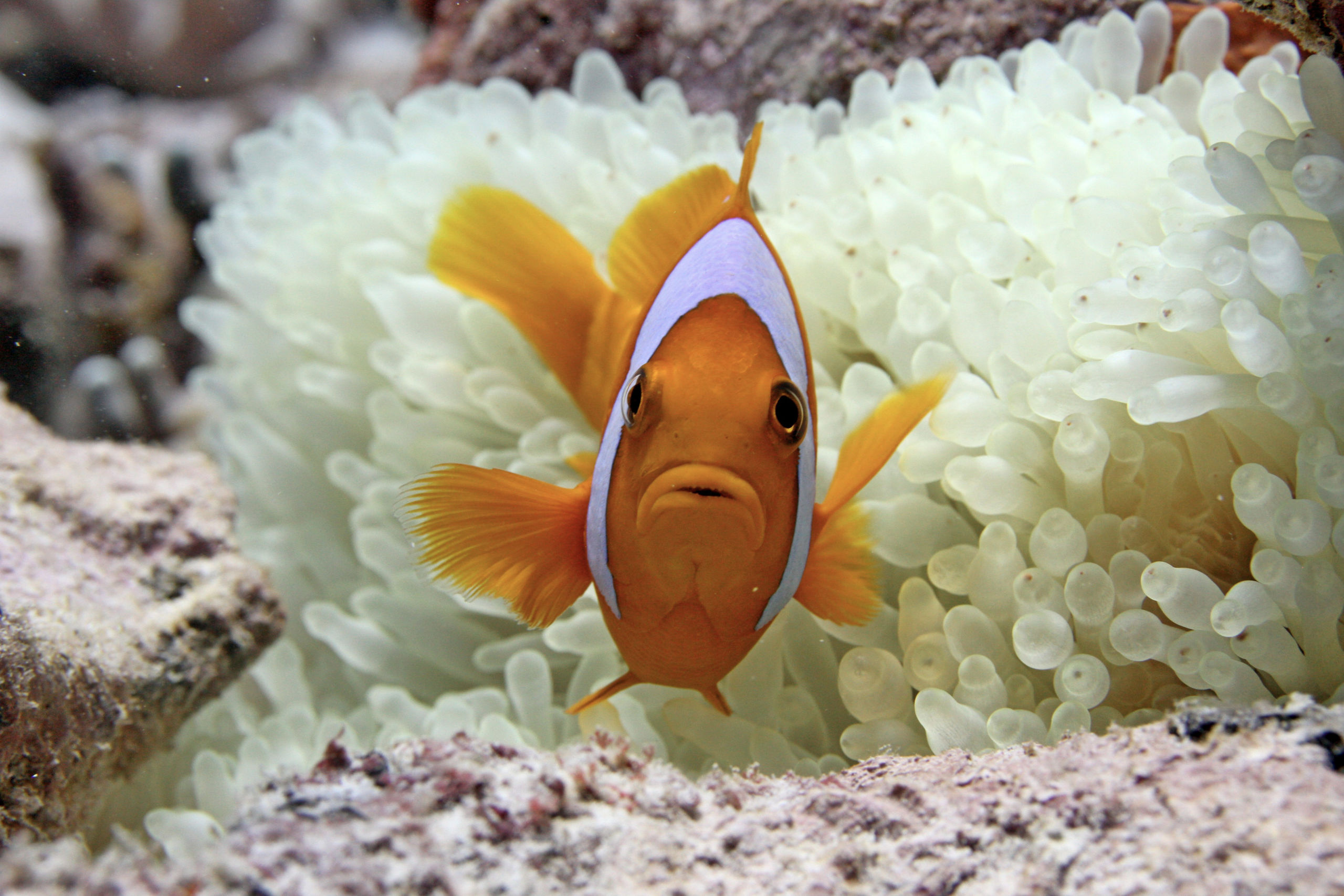 The report released today will provide marine managers with information on what the reefs were like before the devastating bleaching event, so changes to the reef can be tracked over time and monitor how the ecosystem is recovering. The Foundation has shared the report with representatives from the BIOT Marine Protected Area (MPA) as well as scientists and conservation organizations invested in the preservation of these remarkable reefs.

The Global Reef Expedition mission to the Chagos Archipelago gave scientists the chance to study some of the most pristine coral reefs in the Indian Ocean. Their findings illustrate what reefs can be when protected in large no-take MPAs, but they also highlight the perils all reefs face in a changing world. 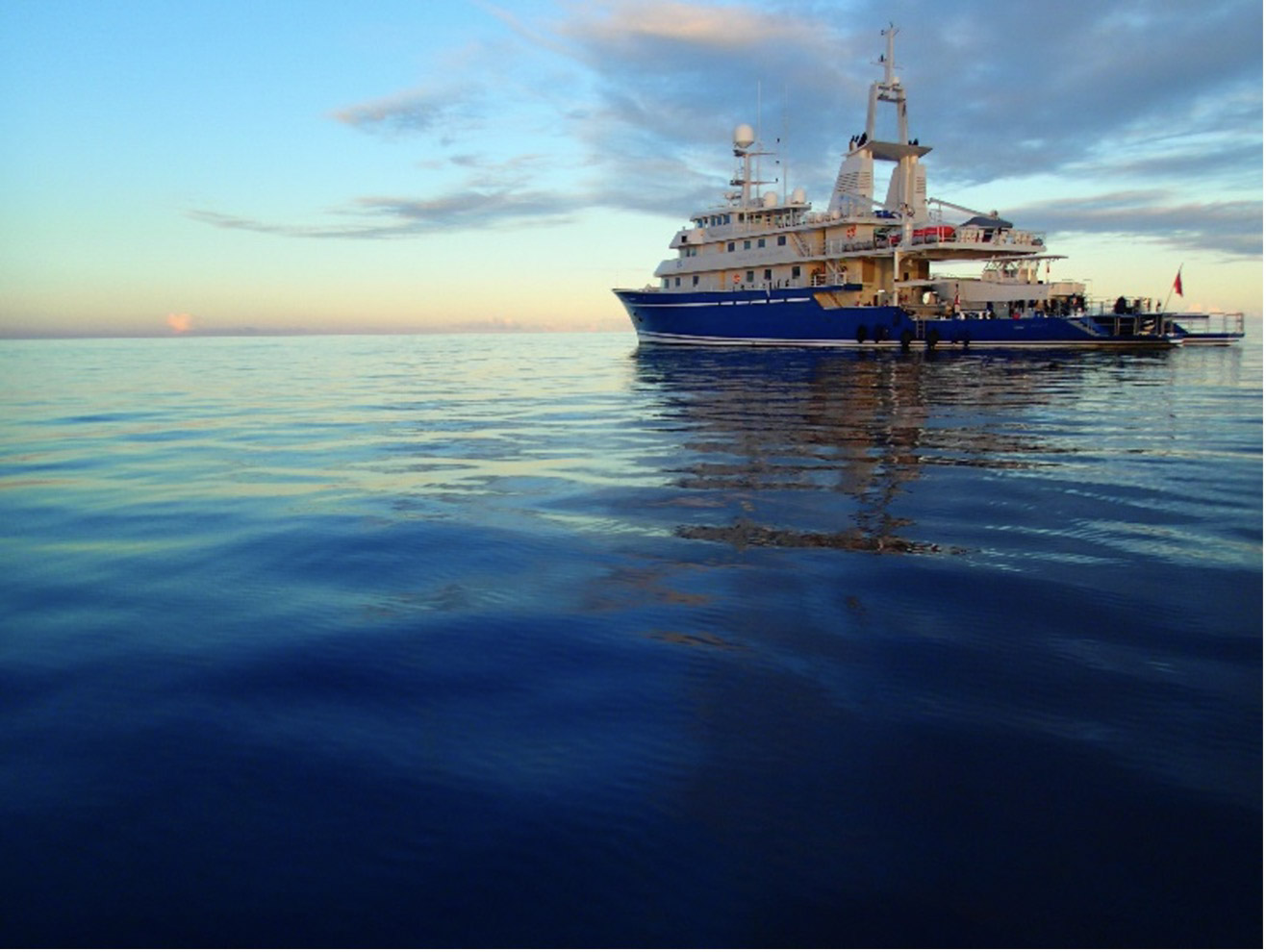 Palau Coral Reefs – A Jewel of the Ocean