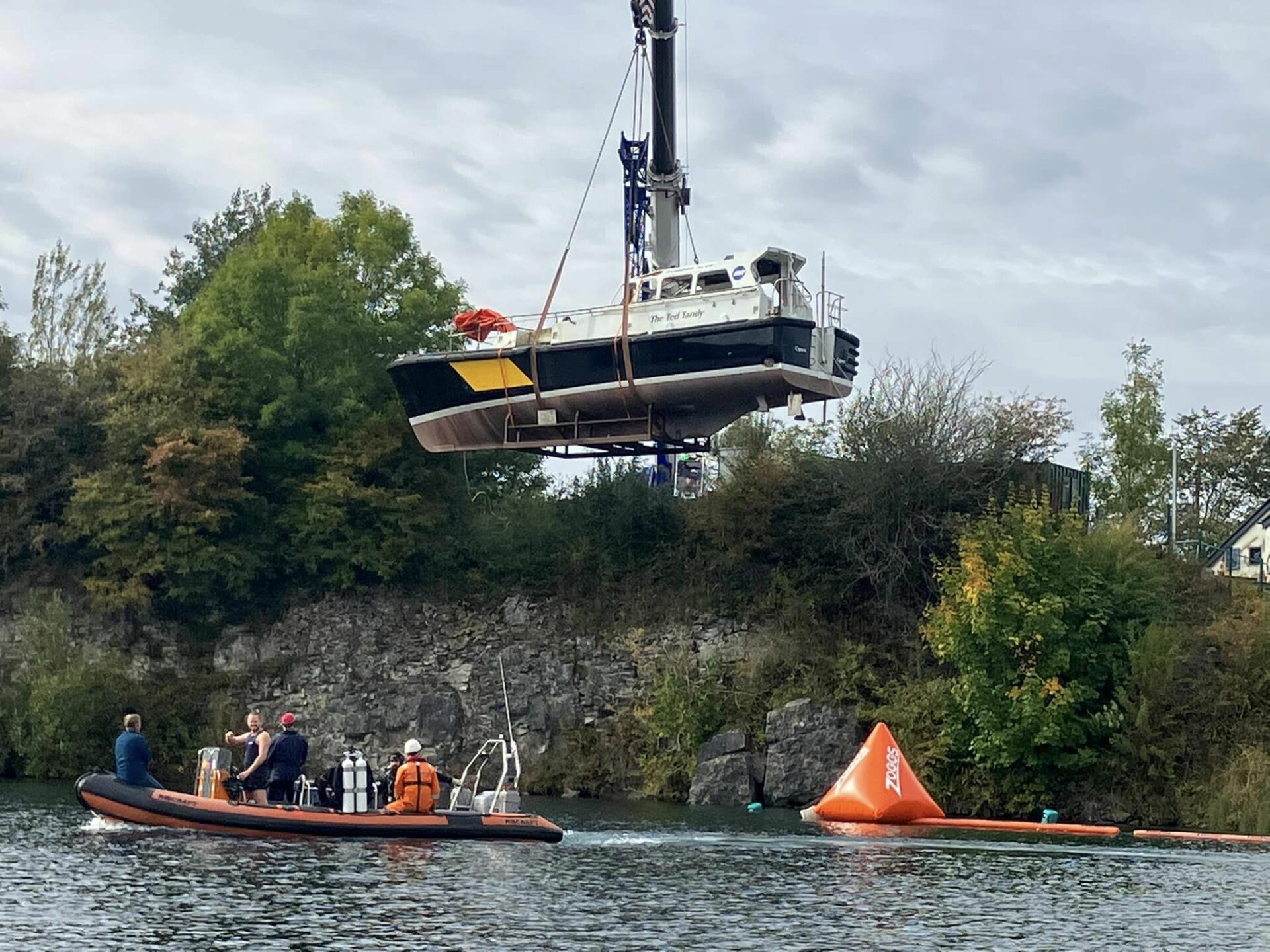 Capernwray Dive Centre has gained a new dive attraction – the former Barrow pilot boat that has been named The Ted Tandy.

Regulars to the popular inland dive site, located at Jackdaw Quarry near Lancaster, will have seen the huge black-and-white vessel sat in the car park up behind the dive centre for many months.

Now, after hundreds of hours of prep work by a certain Ted Tandy – hence the boat's name in his honour – the vessel is in the water ready to be explored by divers.

However, conversations I'd had with Chris and the team about the proposed sinking look to have come somewhat true – they were more than a little worried about getting the Ted Tandy to actually sink as it contained so much buoyancy. True to form, they dealt with any issues and it is now awaiting visitors.