Campaign to make it illegal to boil lobster and crabs alive

They are urging Environment Secretary Michael Gove to categorise the crustaceans as sentient organisms in a new Animal Welfare Bill. Other high-level signatories include senior representatives from the RSPCA, British Veterinary Association and various universities. 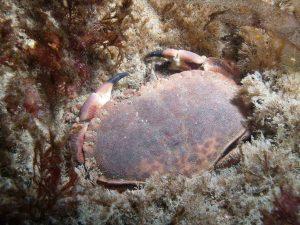 Currently there is no legal requirement for food processors, supermarkets or restaurants to consider the welfare of lobster or crabs during storage, handling or killing. It is necessary to either cook or freeze decapods quickly after they are killed, because the meat spoils rapidly.

However, campaigners say there are now more humane killing methods – as well as ways of stunning the animals into unconsciousness – that have little impact on food preparation.

In January, Switzerland banned the practice and ordered that lobster be stunned before being cooked to avoid unnecessary suffering.

So how should you do it? Below are some humane ways to despatch a crustacean:

Stun the crustacean by chilling it in cold air or an ice slurry, or popping it into the freezer for at least 30 minutes.

Stun it electronically – however, such devices are generally prohibitively expensive, so are probably not a viable option for most people.

Mark Evans
Scuba Diver's Editorial Director Mark Evans has been in the diving industry for nearly 25 years, and has been diving since he was just 12 years old. nearly 40-odd years later and he is still addicted to the underwater world.
3 COMMENTS
Subscribe
Login
3 Comments
Oldest
Newest Most Voted
Inline Feedbacks
View all comments

Madness taking over this country

With the huge contribution to its economy that marine crustacean harvesting represents, Switzerland can only be praised for its willingness to put principle before profits.
If the campaign is to stop the boiling alive of lobsters and crab, stunning them will not satisfy this requirement as they will still be alive.