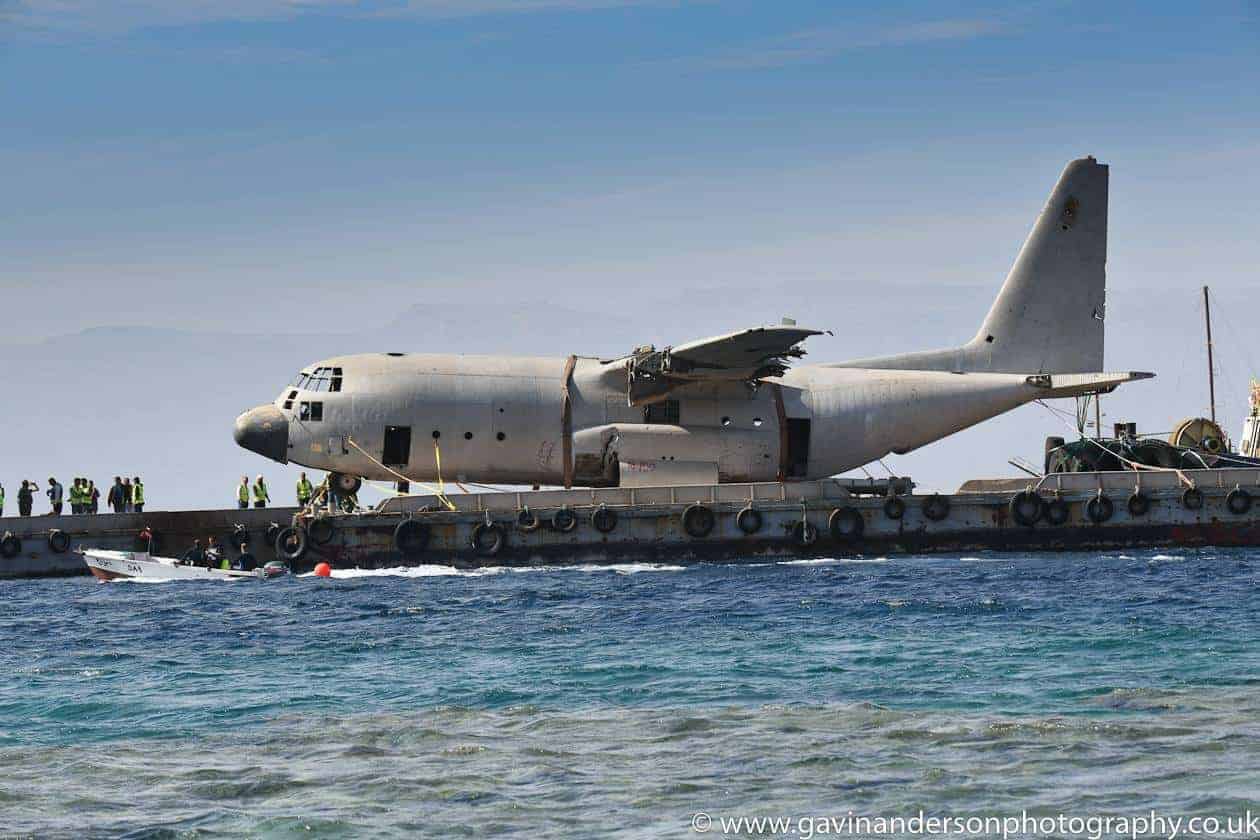 Aqaba in Jordan has gained a new dive attraction today – a C-130 Hercules warplane. Gavin Anderson, who was recently in Aqaba to collect information and photographs for the Aqaba Dive Guide featured in the Destinations guide that came with the October issue, was again back out in the Middle East to witness this historic moment.

He said: “I watched the C-130 Hercules scuttled off the beach at Aqaba, Jordan, this afternoon. The Aqaba Special Economic Zone Authority, in co-operation with the Royal Jordanian Navy and the Aqaba Port Corporation, put together the major event. The plane was sunk in 17m, close to the M42 Duster tank and within deco reach of the Al Sharouk shipwreck, making one heck of a dive if you're tech trained as you can hit three wrecks in one go! 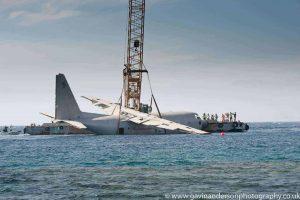 “ASEZA organised a ceremony to celebrate the scuttling of the aircraft with the presence of national and international media and Prince Hanza, the King's younger brother. The Jordanian Armed Force's orchestra blew their trumpets declaring the start of scuttling, and a crane on a freight barge lowered the plane into the water and it sank in just over one minute.” 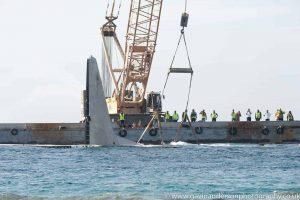