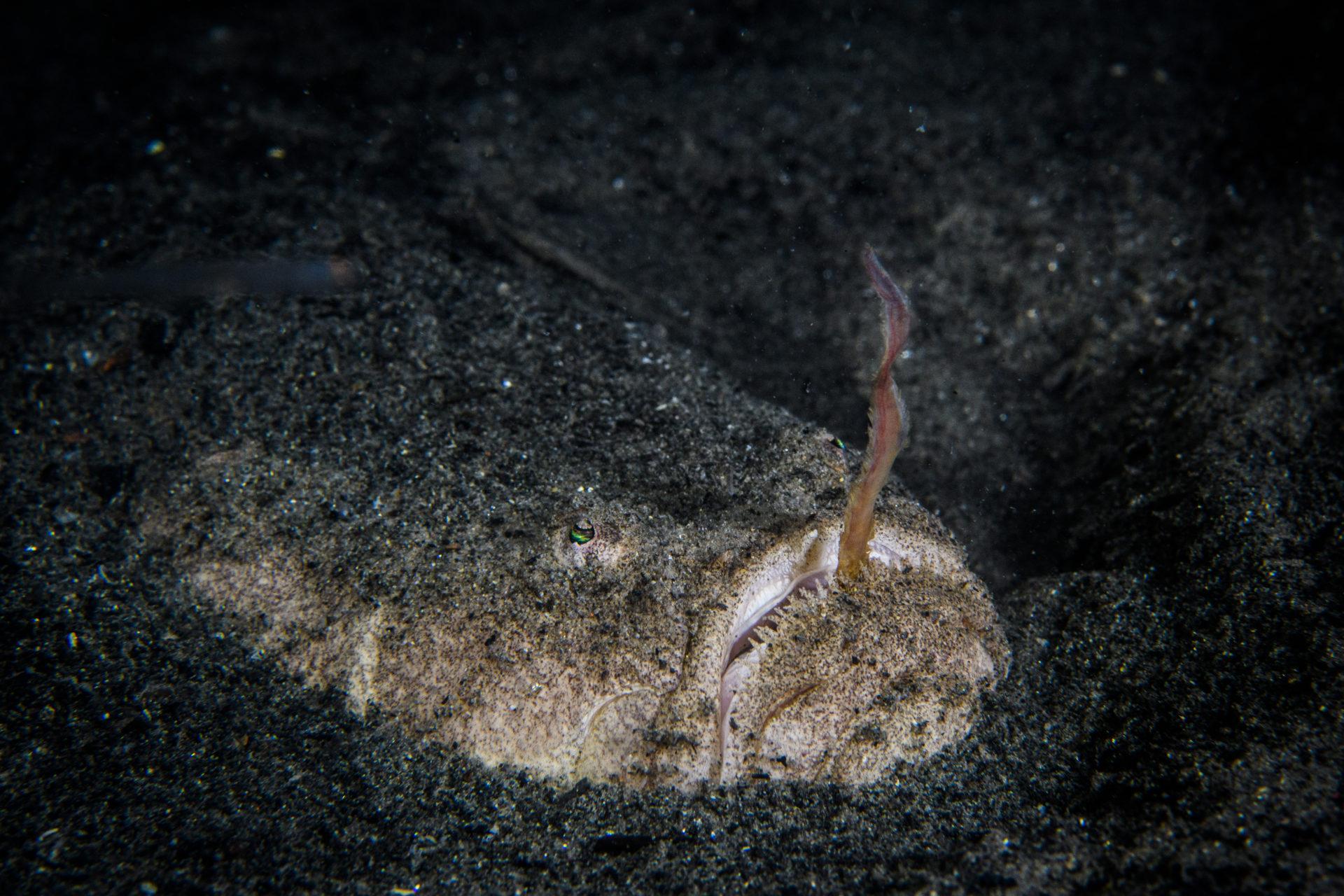 All digital cameras offer some capability to shoot in “burst mode”, meaning to keep capturing images continuously, while the shutter is depressed, at a given rate (number of frames per second). In this article, I will cover this functionality into more details, illustrate when it gets useful underwater, and explain how to get the most of your camera’s burst capability.

First of all, not all cameras are created equal, and you should look into the specifications to find out:

Burst shooting is popular with topside sport and wildlife photographers, as it helps to capture the “peak of the action”. Putting aside the limited visibility we work with underwater, and the fact that we mostly depend on strobes, this feature can be quite useful underwater, and I’ll share two examples hereafter.

The first one is fast feeding actions, such as a camouflaged fish striking on its prey. One night I had found a stargazer buried under the sand, which would jump onto the small fishes attracted by the beam of my torch. The attack of a stargazer is super-fast: pressing the shutter once I saw it basically meant missing the shot. Switching gears to my camera’s 10 Frames/second mode, I would shoot short bursts of images as soon as I sensed movement, which eventually allowed me to capture the attack.

Another usage is in super-macro photography with moving subjects: my wife Lena was photographing the tiny Sydney pygmy pipehorse, aiming for a portrait with the fish looking into the camera. As the tiny  “pph” was bouncing left and right with the surge, there was only a fraction of a second during which the fish would be well positioned. Shooting short bursts as “the” moment came allowed Lena to capture the very attitude she was after.

Now, using burst mode in underwater photography comes with a few specific challenges: even if your camera is capable of a high frame rate, the rest of your gear might hold you back, so keep in mind the following:

For the above reasons, it makes sense to set our strobes at very low power and shoot only a handful of image, when using burst photography. In our experience, we rarely needed to shoot burst for more than half a second at a time, which meant 4-5 photos were taken, all between 1 and 6% of the strobe’s maximum power. Doing so, we “dumped” less light onto our subjects than we would have by taking 1 photo at 50% power. To some extent, this ensure we minimize our impact onto marine life, whilst tapping into new creative possibilities.

Want to Read more about Photography?