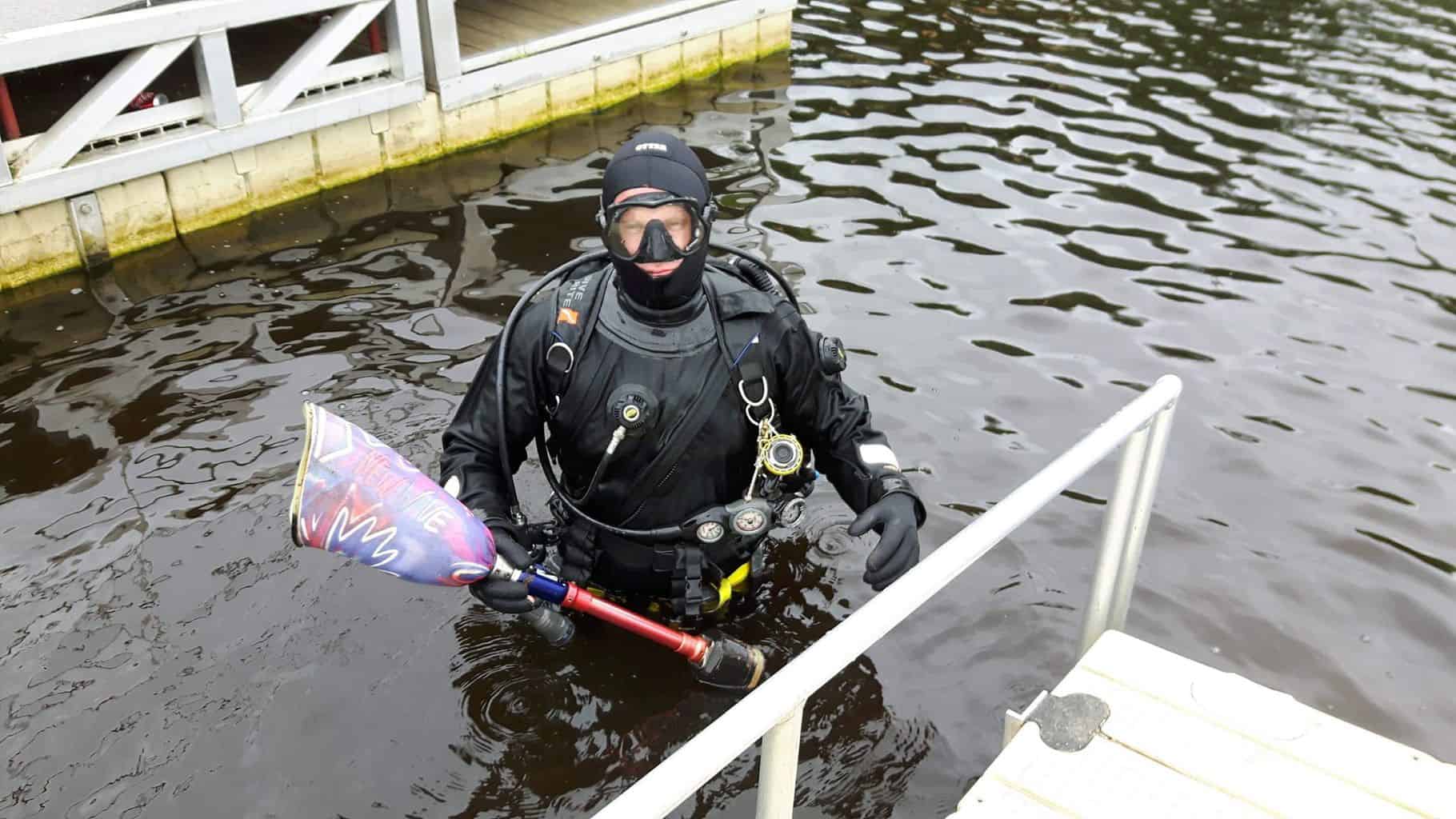 A disabled swimmer left fuming after thieves stole her prosthetic leg while she went swimming in the River Tees on Monday was overjoyed when her missing limb was recovered from the water by a BSAC diver.

Kate Sunley, from Stockton-on-Tees, who lost her leg in 1993 following knee problems, was faced with a six-week wait for a new prosthetic leg to be created. She said she couldn’t thank diver Neil Richmond, BSAC Northeast Regional Coach, enough for his efforts, and was very pleased to be reunited with ‘Pogo’, as her prosthetic was known.

She had been with a group of fellow swimmers in Preston Park, County Durham, and had left the limb, along with towels, shoes and other items, on the riverbank. When they returned from their swim, all of the items were missing.

Kate, who is recognised by the International Ice Swimming Association as the world’s first disabled female to complete the ‘Ice Mile’ race, said at the time that the theft would have a huge impact upon her life. Her plight was shared across Social Media, and diver Neil Richmond heard about the loss in an article on the Incidents in Teeside and Durham Facebook page. He got in touch through them with Kate, and offered to try and find her missing leg, which it was feared may have been thrown into the river.

Neil said: “I found out from Kate where she had last seen the leg and just started a fingertip search of the riverbed as best I could in the zero visibility – ‘cold coffee’ would be the closest I would say it was like! I search for a few minutes, finding a mountain bike, a shopping trolley (obviously!) and a number of other items before finally I located the prosthetic limb.”

He added: “She was very grateful to get ‘Pogo’ back from the depths.”