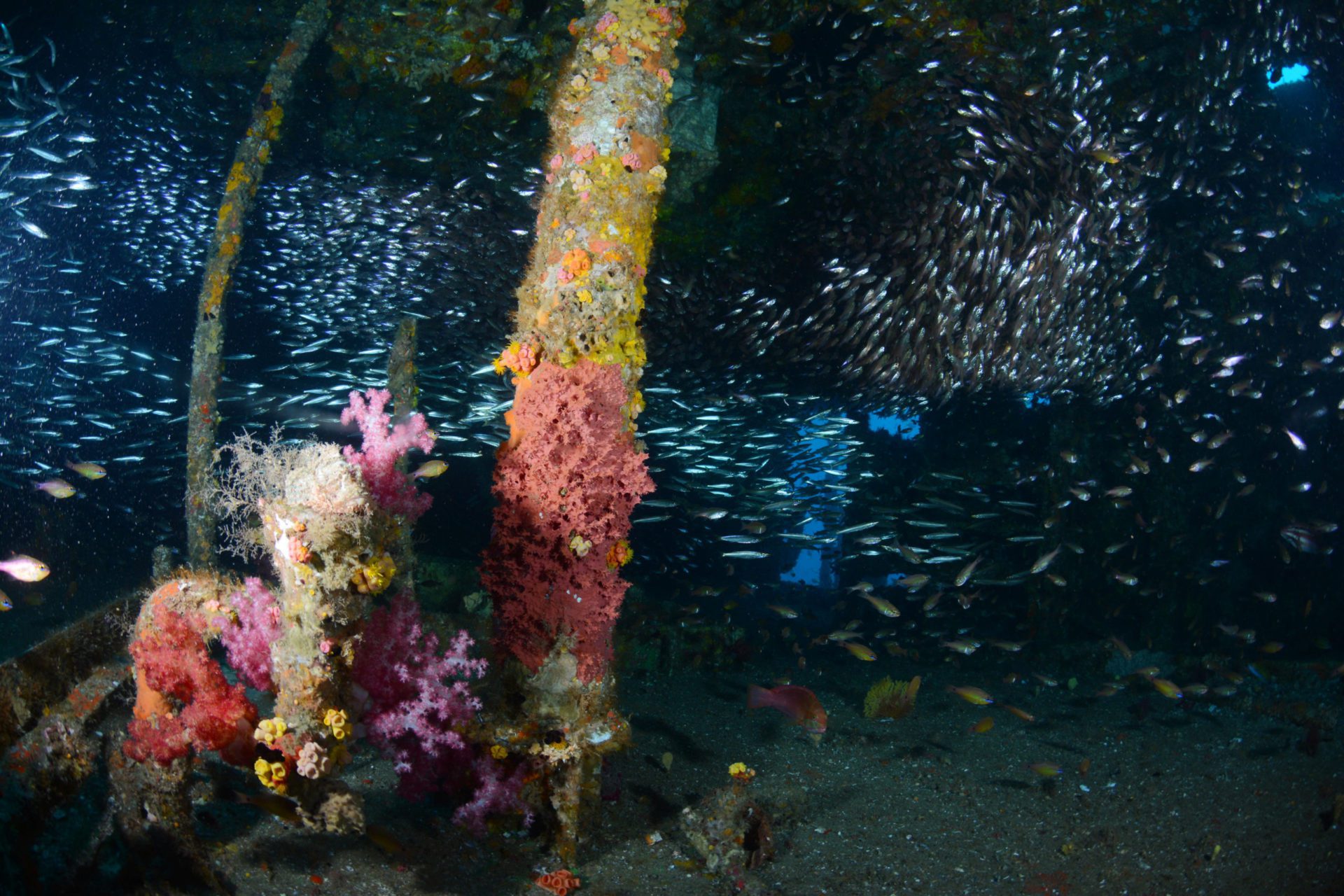 On a recent mini–Road Trip I had the pleasure of diving the Breathtaking Ex HMAS Brisbane. 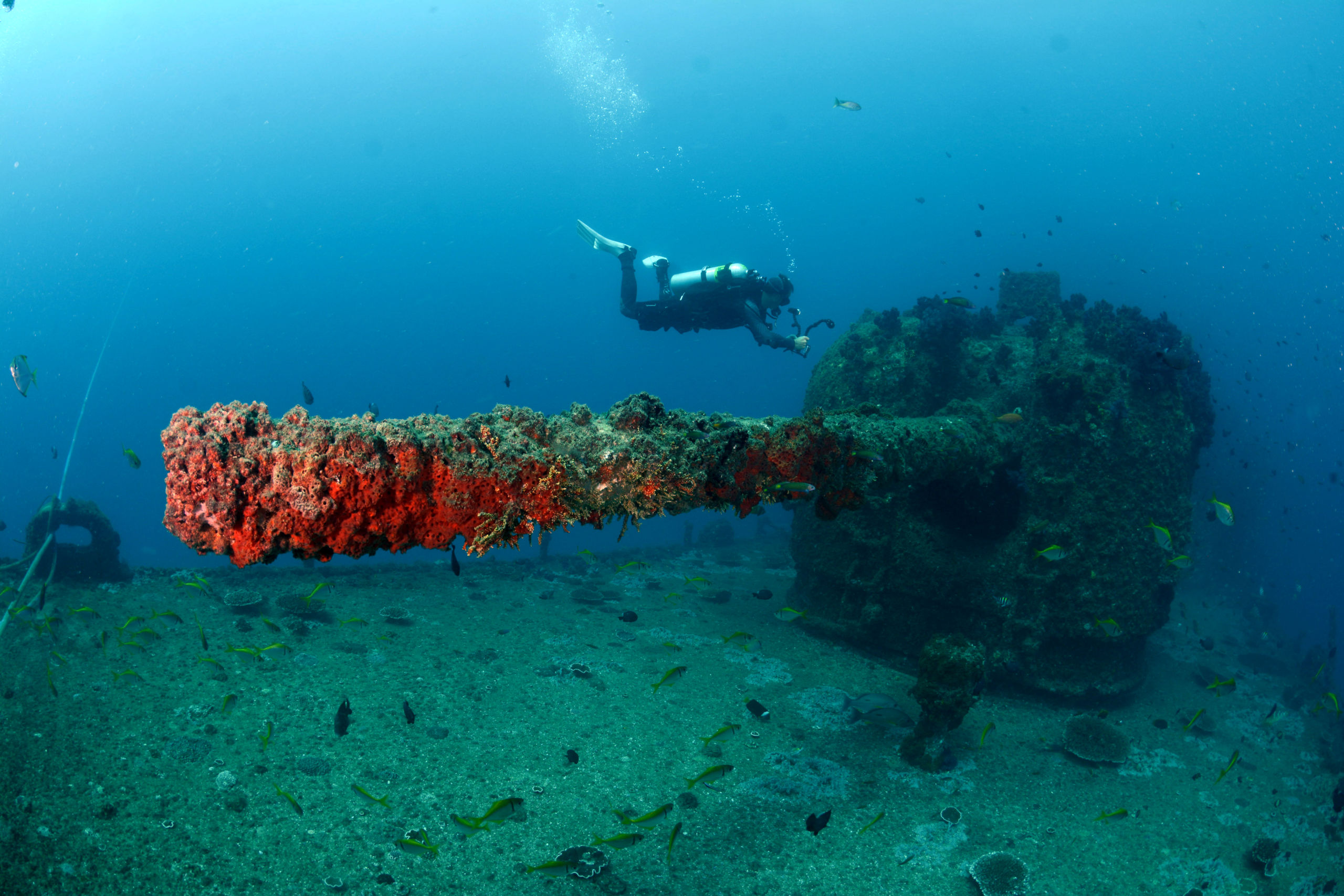 The Ex-HMAS Brisbane is a decommissioned guided-missile destroyer, scuttled in 2005 about three nautical miles off the sunshine coast. In its relatively short life underwater, it has become a thriving reef. In recent times, perhaps due to the Coronavirus lockdown, there have been reports that the marine life on this majestic wreck has exploded.

As I only live about an hour away in the city, the ship is named after I was eager to see for myself what wealth of creatures have now congregated on and around this huge structure. 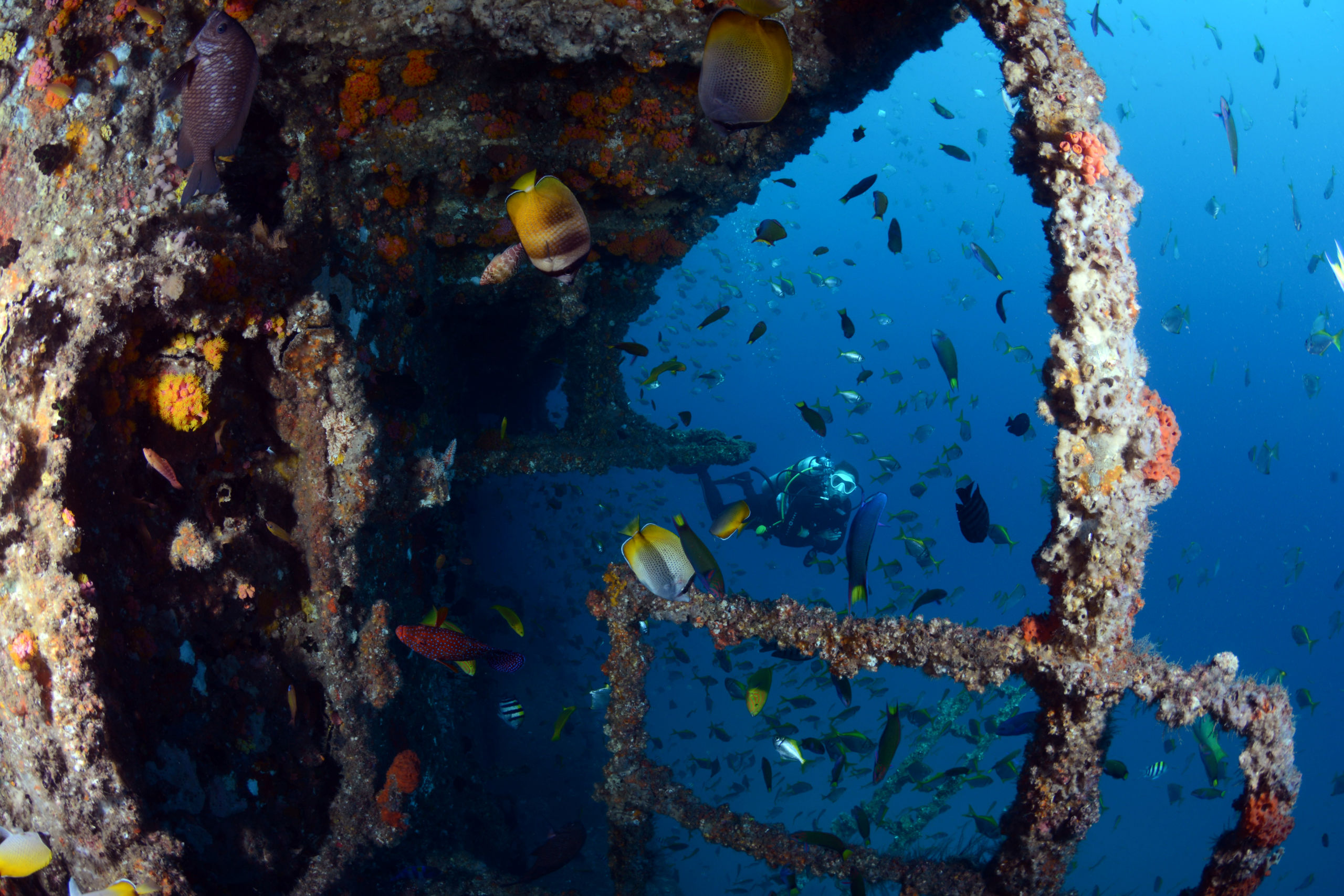 I was joining the fantastic crew at Scuba World for my foray out to the wreck and upon arrival was informed that the previous day had boasted about 30m viz, a rare occurrence on the Ex HMAS Brisbane by all accounts. Although not quite as good the outlook for today was very positive. After a relatively smooth 25-minute boat ride, we arrived at our destination.

The first dive was an orientation around the outside of the wreck, and upon entering the water, we were greeted by around 20m visibility. Scuba World have a dedicated mooring which took us down to the bow of the vessel. Here we were greeted by the enormous forward gun turret, tufts of soft corals sprouting from its rusting surface. 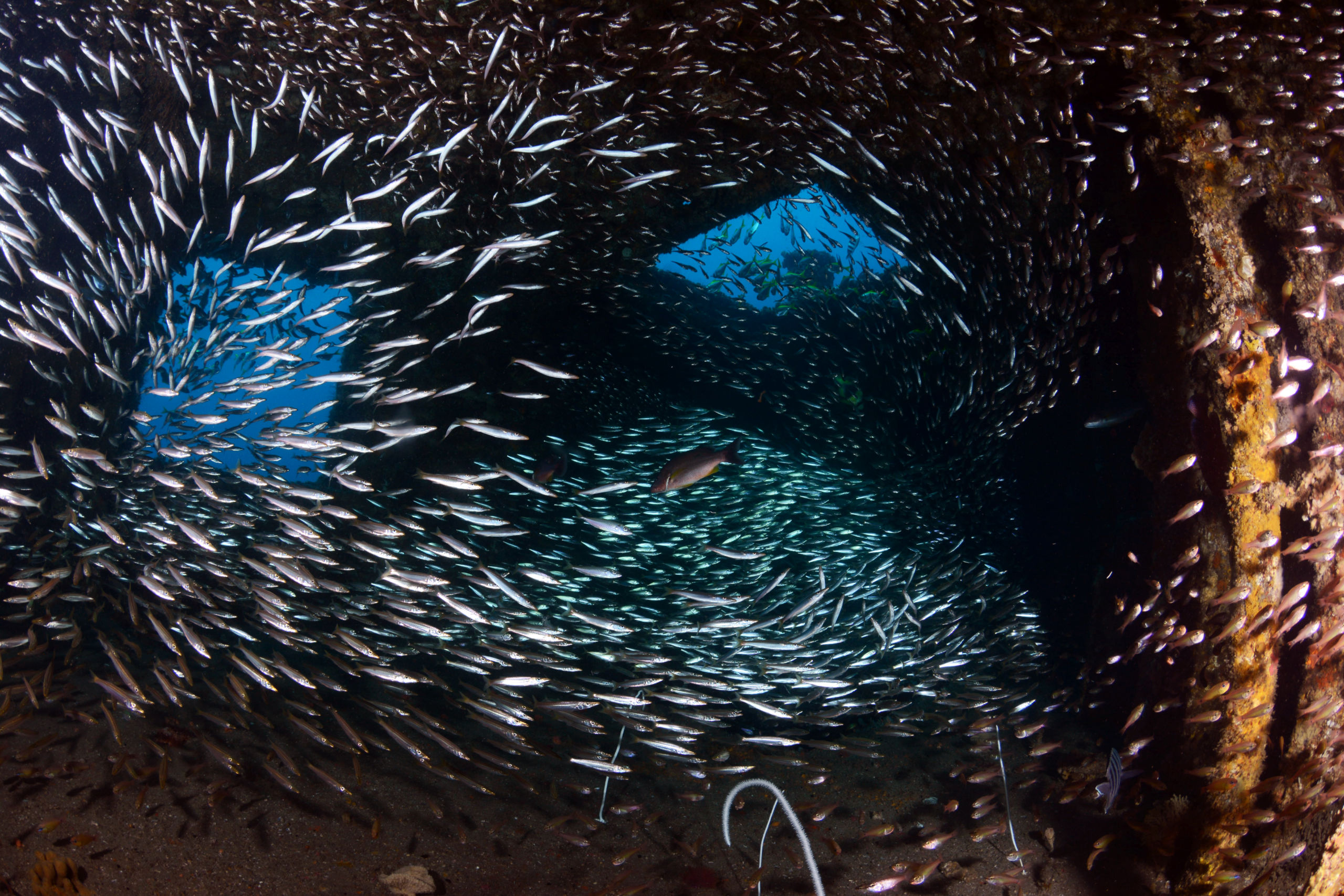 With a reasonable current pushing over the wreck, we used the lea side to navigate to the ship's stern where the missile silo and another large gun emplacement are located. On our way we encountered a colossal school of baitfish swarming just off the wreck, with a large school of Jewfish and plenty of trevallies and jacks also in attendance.

Making our way back up the towards our entry point we took the opportunity to peer inside the well-lit interior of this expertly scuttled wreck. Large holes have been cut into the hull to allow easy access and to allow plenty of light to flood in what would normally be dark chambers. We conducted our safety stop around the bridge and chimney stacks which were shrouded in silver batfish. 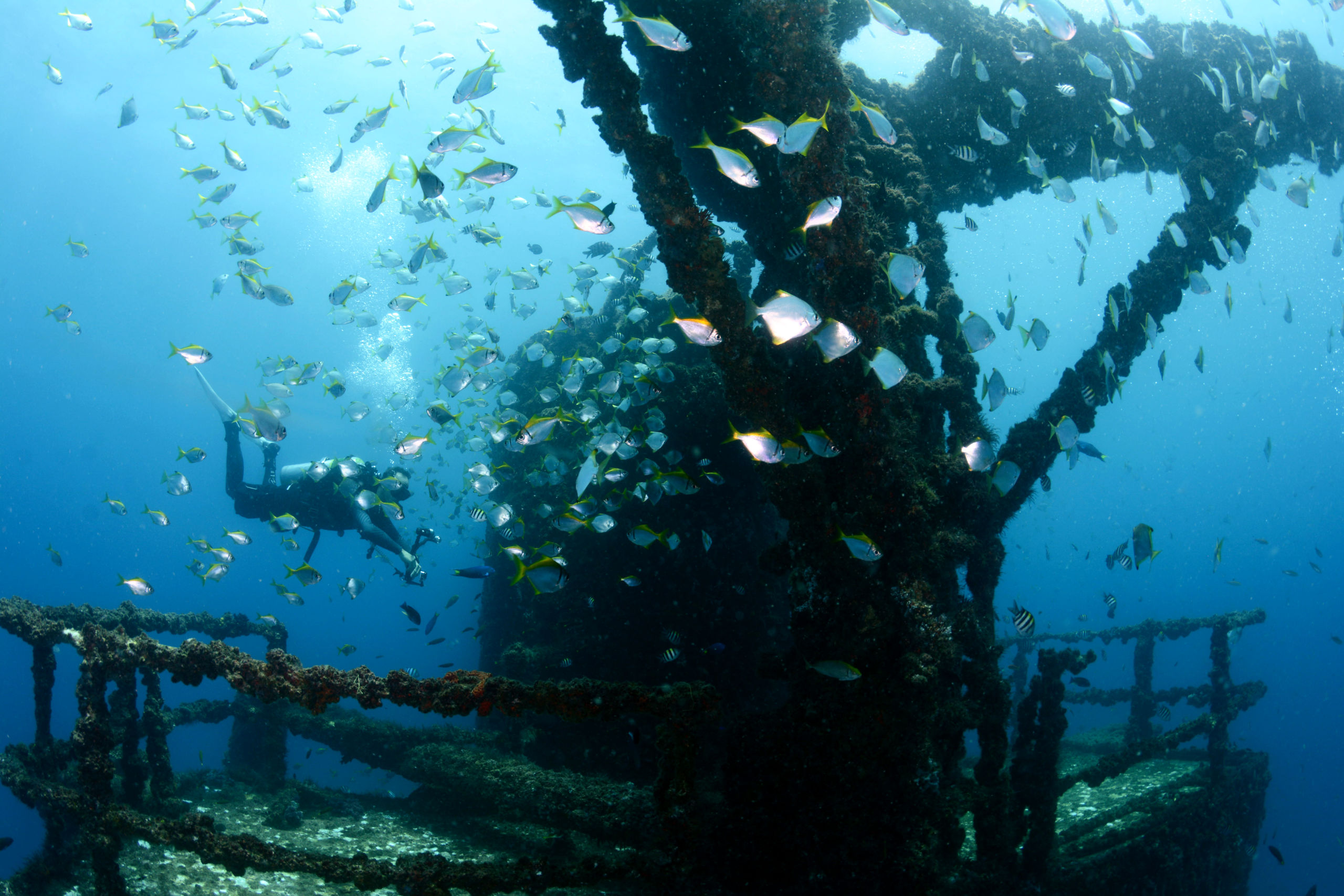 For the second dive we planned to explore the ship's interior, and while the first dive was spectacular, the second dive was mind-blowing. Without exaggeration every room we entered on this 133m long wreck was full of glassfish or cave sweepers or juvenile barracuda or all of them plus more, it was simply staggering.

Our entry point was the chimney stack that we used to descend to the boiler room, where we encountered a mass of glassfish. Then, after pushing through a curtain of fish, we entered the engine room. 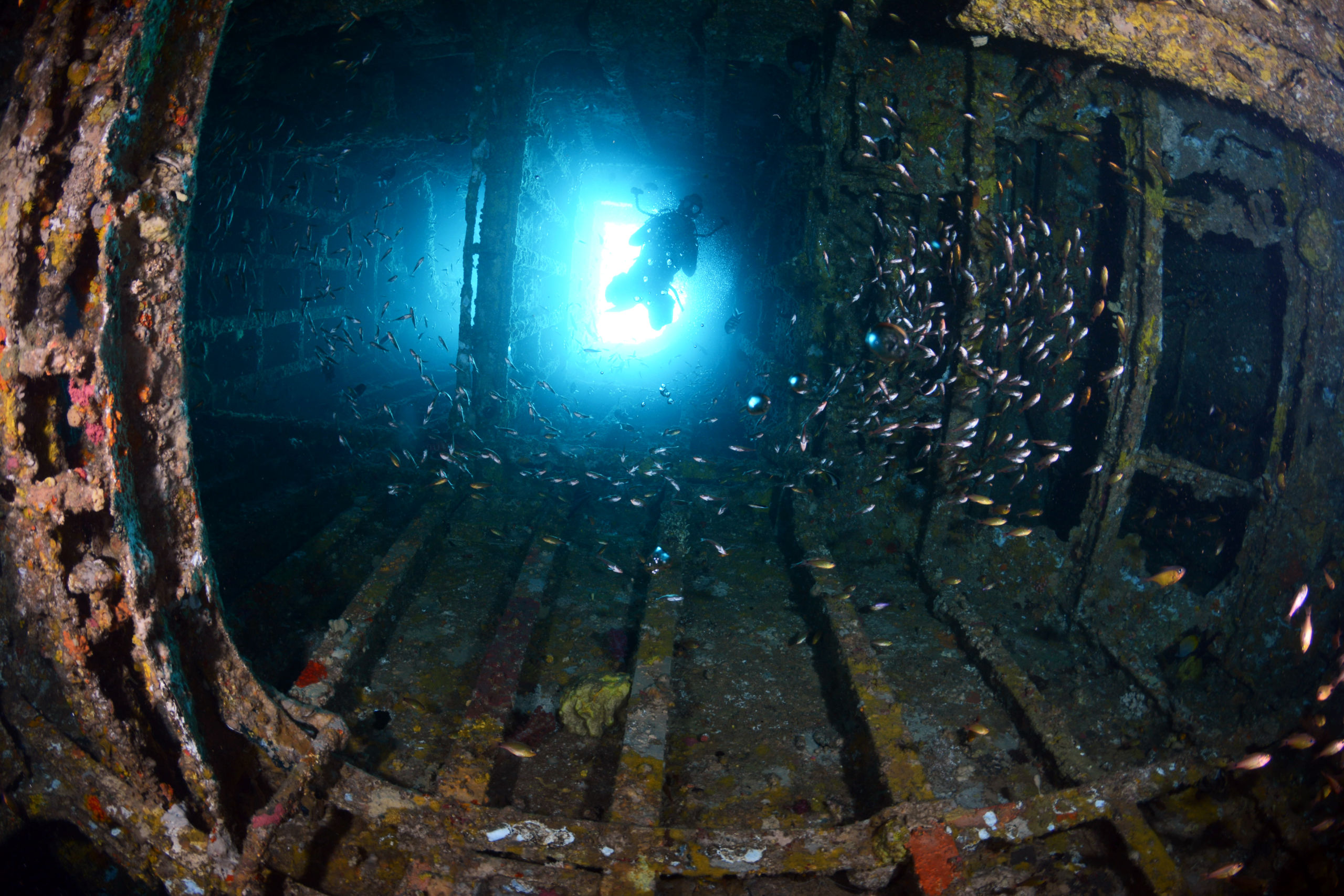 From there, we swam through glassfish packed corridors and eventually into the galley where we found scorpionfish, leaf scorpionfish, and of course more glassfish. It is also worth mentioning that the wreck is covered with an impressive amount of soft coral growth, but this was often difficult to see through all of the glassfish.

It is not often that a dive exceeds my expectations, but I am pleased to report that the Ex-HMAS Brisbane did precisely that, what an incredible dive, go there now! 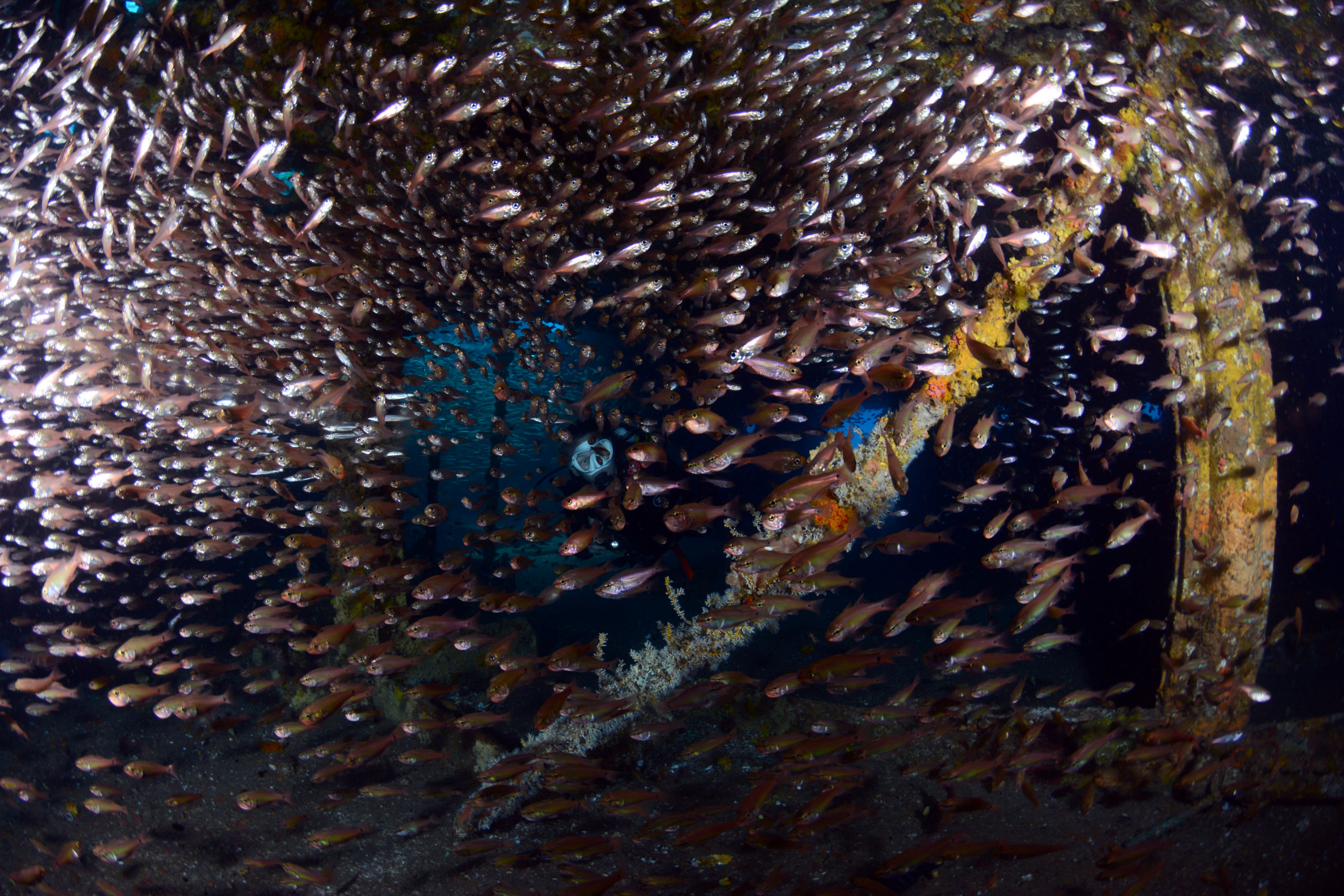 The Ex-HMAS Brisbane is located just off the coast at Mooloolaba on the sunshine coast, about 1.15H drive from Brisbane Airport.

Scuba World is conveniently located on one of the canals in the area so you can kit up at the dive centre and then just walk onto the boat. The dive centre is well laid out, clean modern and it is clear that a lot of thought went it to its design and a lot of pride is taken in its appearance. The boat is fast and comfortable, and the crew were professional, knowledgeable and very helpful. 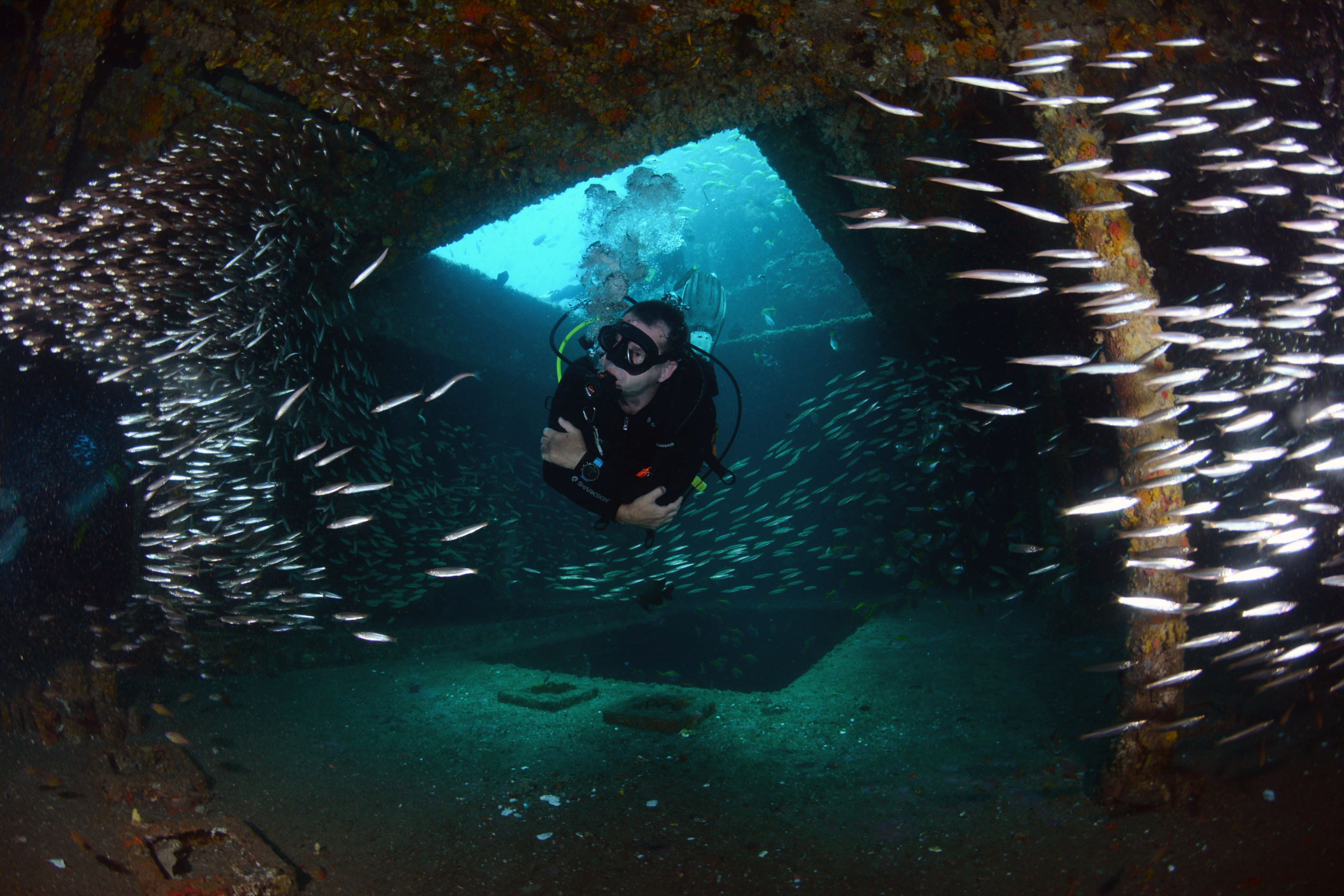