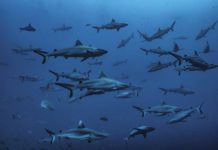 Diving the Deep South of the Maldives in Search of Sharks 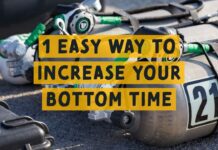 Why you should dive with enriched air 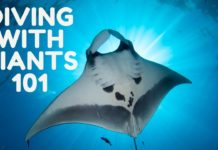 Advice on diving with mantas 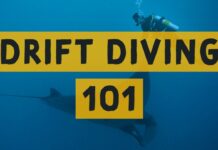 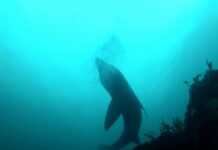 Wreck diving in the Maldives 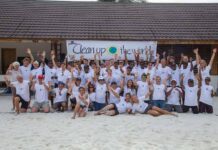 Scuba Diver is on-location in the Maldives for the next seven days, so expect daily reports on the diving opportunities off these stunning islands, beginning with channel diving Bond-style on scooters!

Channel diving is one of the best adrenaline dives in the Maldives, as because you go in when the current is flowing strongly, you get lots of pelagic action, so expect sharks, rays, jacks and more. However, the norm involves dropping down as fast as possible, getting into position in the mouth of the channel and then ‘hooking in' with a reef hook. You then resemble a kite in a storm as you float in-situ, and watch the sharks and other pelagic swim around in front of you.

At Prodivers, they do things differently, and given the recent passing of James Bond himself, Sir Sean Connery, it seemed only fitting that we tried scooter diving in the fierce currents of the channel today.

Basically, you ‘ride' an Apollo scooter – so your hands are free for cameras, etc – and use it to hold position in the strong in-flowing current. Often we found that even on full speed, we were just holding stationary! The sharks, rays and jacks all swarmed around and in front of us, and being mobile, we could track back and forth across the channel mouth to where the action was.

Channel diving is Maldivian diving at its best, and doing it with a scooter is next-level fun! If you get the opportunity, grab it with both hands!