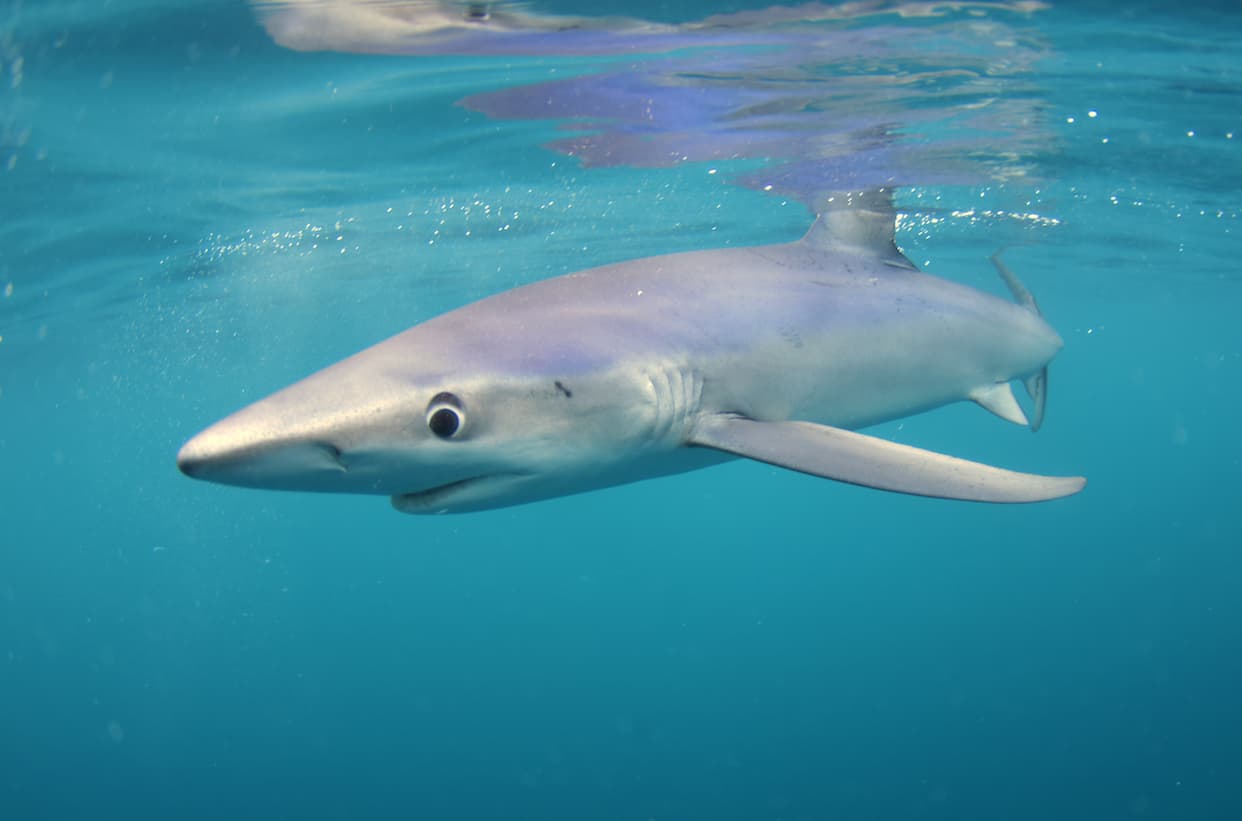 The blue shark is a seasonal visitor to our shores in the summer, but they are not generally seen in shallow waters close to shore, so two teenagers were surprised to see a specimen measuring nearly three metres long cruising around St Ives harbour.

Harry Hocking and Archie Pickin, who are both 16, managed to capture the majestic animal on film when they saw it swimming past them on Monday.

Ali Hood from The Shark Trust saw the footage and confirmed it was a blue shark, saying ‘to see a free-swimming blue shark close to shore like this is a real privilege’.

However, she added: “Blue sharks are predominantly an oceanic, open-water species, and not commonly found close to shore. This one could be injured or ill, or maybe disorientated, and if it remains in the harbour area, due to the confined nature of the location, we would strongly advise people not to get into the water with the shark.”