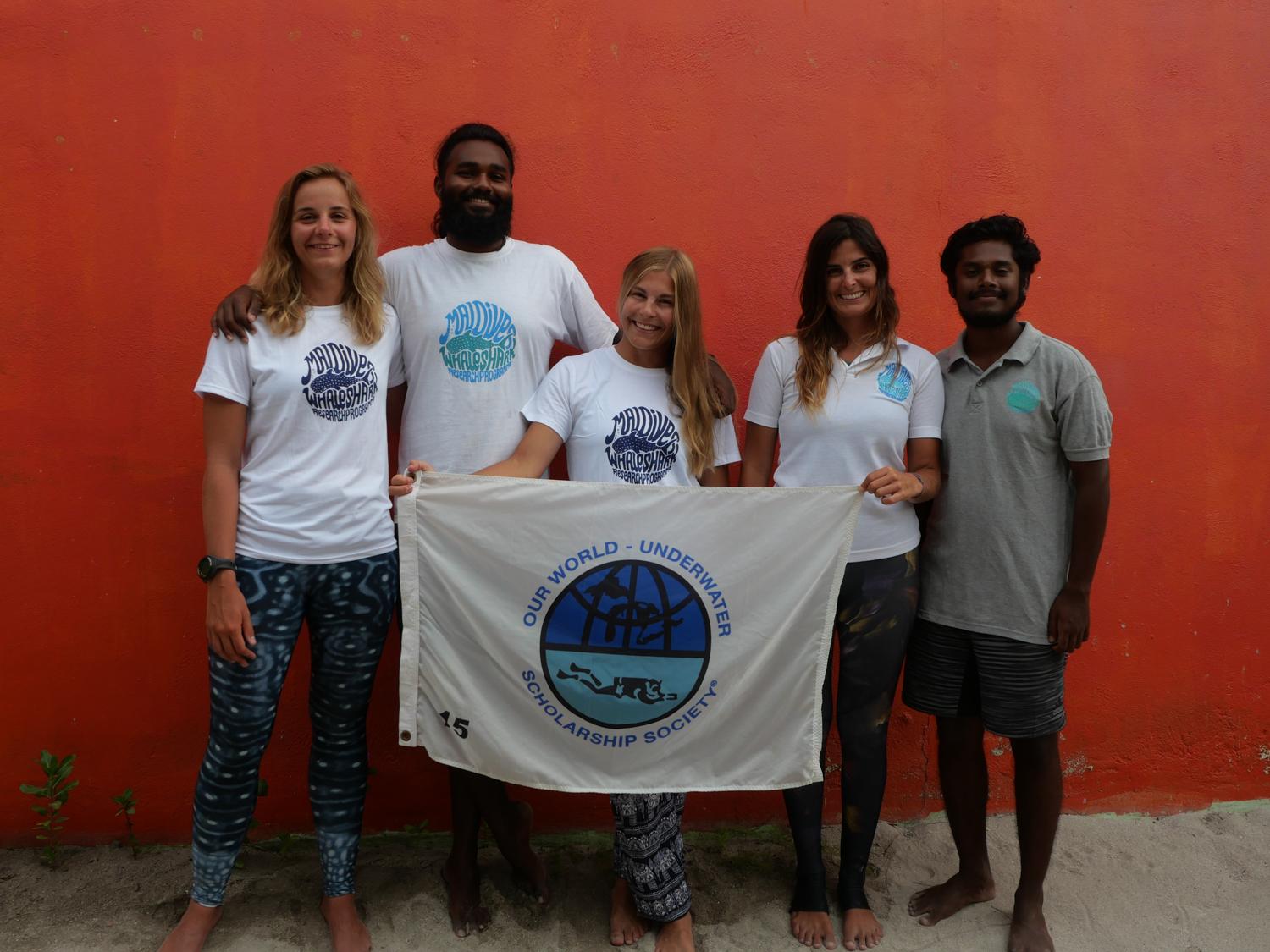 An exciting and diverse month of July lies behind me, which I have spent in the beautiful Maldives, working with the incredible megafauna that lives in the waters around these islands.

At first, I had my first experience in Aquatic Wildlife Medicine at the Marine Turtle Rescue Centre of the Olive Ridley Project for two weeks, learning about the rescue and rehabilitation, as well as the conservation of sea turtles. As a veterinary student, it was a great opportunity for me caring for the stationary Olive Ridley turtle patients. 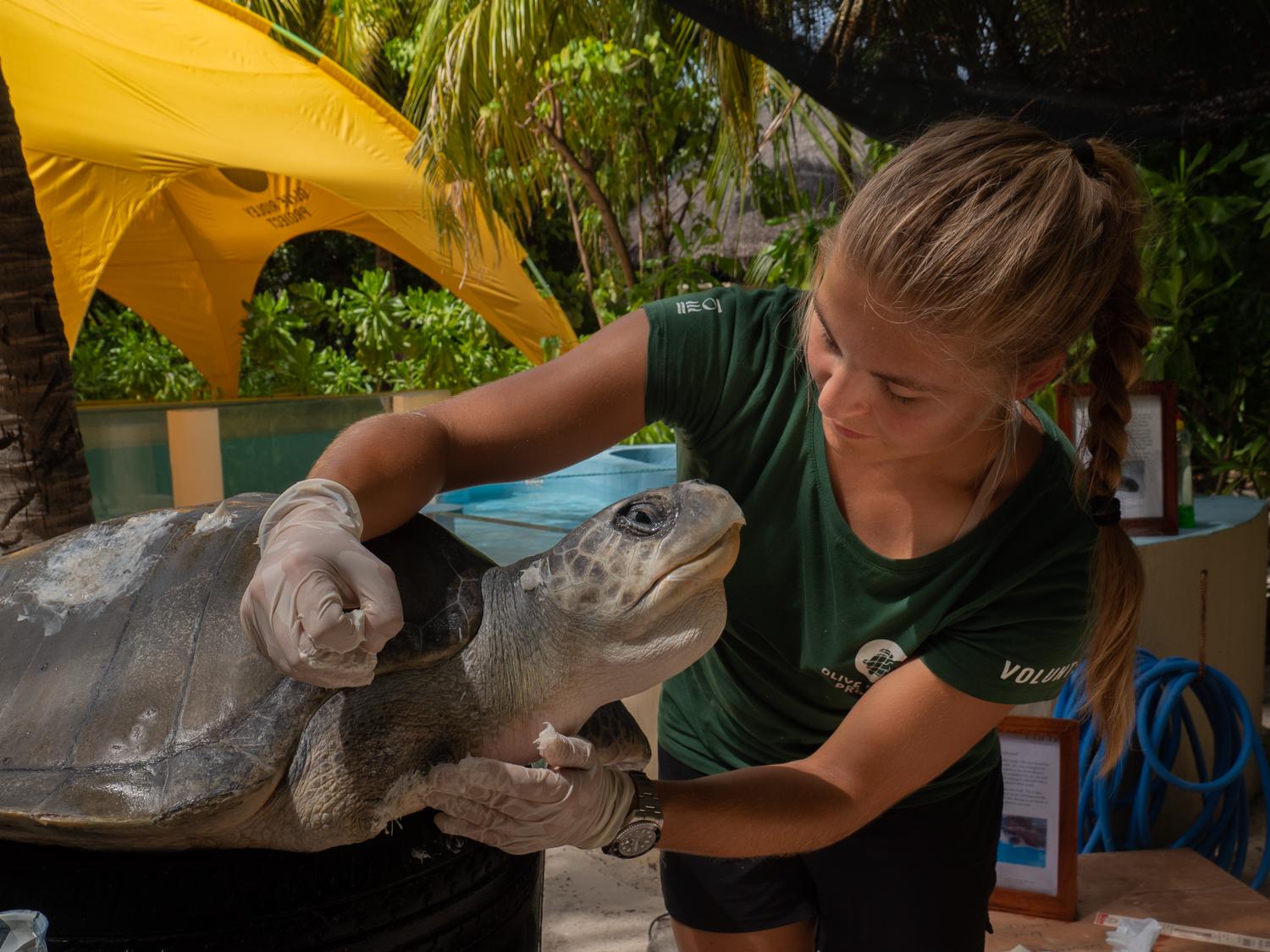 All of them had been found entangled in ghost gear, a big threat to this species living in the open waters of the Indian Ocean. Many of them required a flipper amputation, whereas others suffer from the inability to dive due to air being trapped under the carapace after lung injuries that have occurred from the efforts to detangle themselves from the nets.

Other tasks in the daily work with the ORP were to organise and run educational activities for the guests in the Coco Palm Dhuni Kolhu Resort, as well as the monitoring of green sea turtle nests while hatching, another unforgettable experience.

Following my time at ORP, I flew to Six Senses Resort in Laamu Atoll, where I was invited to join the Maldives Underwater Initiative, consisting of marine biologists from Six Senses, the Manta Trust, the ORP and Blue Marine Foundation, and got to assist them in their corresponding tasks. 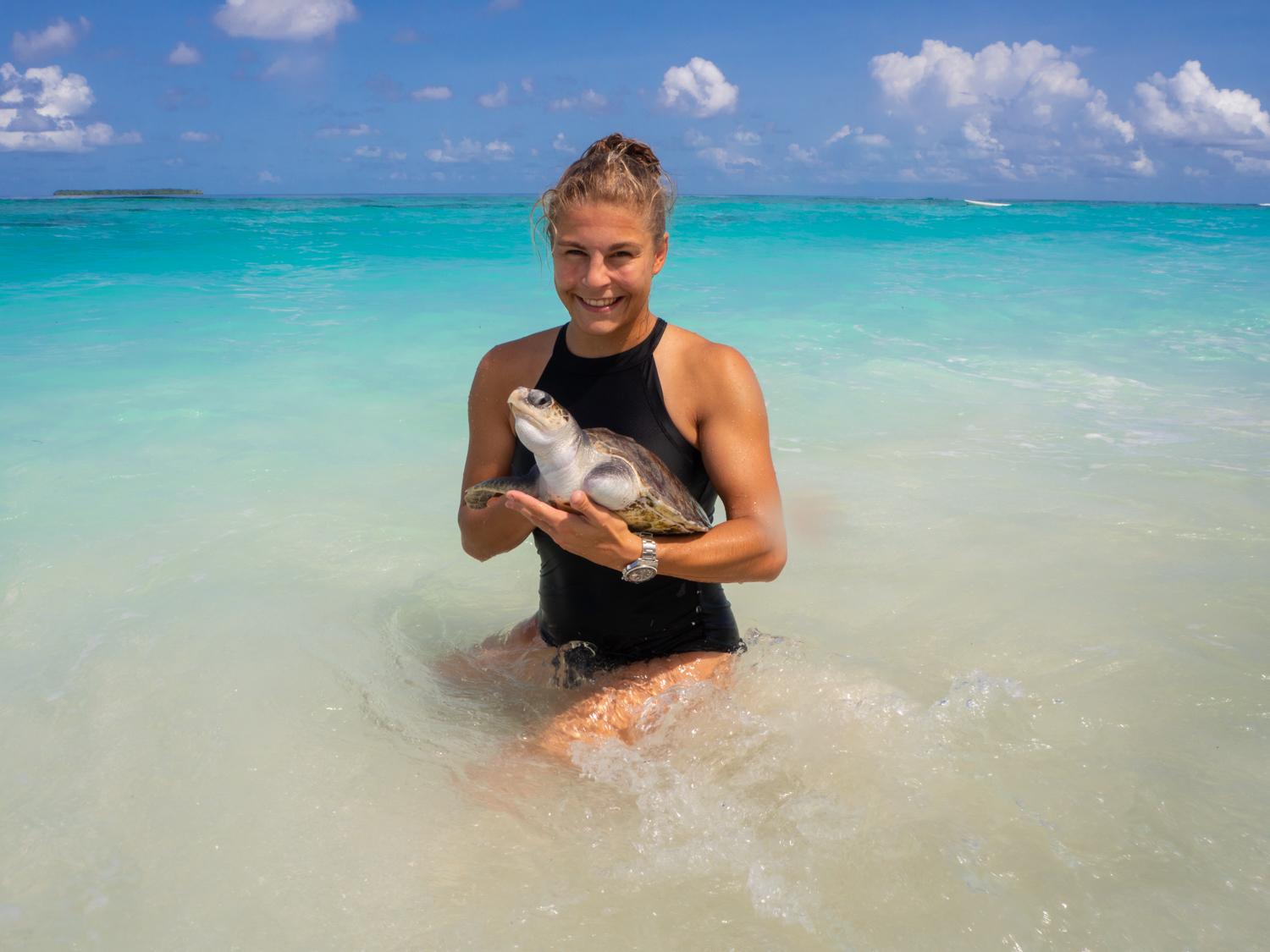 The main reason I visited the team at Six Senses Laamu was to learn more about contactless underwater ultrasound scans, which have been recorded here for the first time ever on wild reef manta rays by researchers of the Manta Trust and the Department of Veterinary Medicine of the University of Cambridge.

The aim of their efforts is to study manta ray´s reproductive ecology by scanning the reproductive tracts of the same manta in different stages of its gestational period, as well as to establish the factors that are causing annual fluctuations in breeding. Long-term, understanding this can hopefully inspire and help the conservation of manta ray populations.

We went on daily research dives with the portable scanner to specifically look if there were mantas stopping by the cleaning station, which is the only time that the manta rays could and would be approached for a scan. Unfortunately, they did not have an opportunity to scan during my visit, but I, nevertheless, learned a lot from my time in Laamu Atoll.

Next, I travelled to Dhigurah in South Ari Atoll, where I was able to join the Maldives Whaleshark Research Programme alongside other volunteers on their research vessel for a week. We went out everyday to look for whalesharks in the South Ari Marine Protected Area, where this iconic megafauna can be spotted all year round.

Because every individual whaleshark has its own spot pattern, just like the fingerprint in humans, we were able to identify every encountered individual by taking photographs of the sides of their bodies while freediving. We also determined their sex, measured their size, and documented injuries, which are unfortunately the consequence of strikes with speeding boats.

All this data has shown, that the whalesharks here are predominantly young males and that they stay in this region instead of migrating out of the Maldives, which is a very unique behaviour. This makes it even more important to conserve this resident population, and for this reason the MWSRP also focuses on educating young local students, so I also got to assist the MWSRP staff while an educational festival for schools all over South Ari Atoll.

The experiences I have had in the Maldives this past month were both eye-opening and inspiring. I was able to see the beauty of the Maldivian megafauna, and at the same time I witnessed the consequences of threats, that us humans are introducing to the marine environment. But the efforts of organisations like the ORP, the Manta Trust and the MWSRP are outstanding and make me hopeful for the future of these animals.