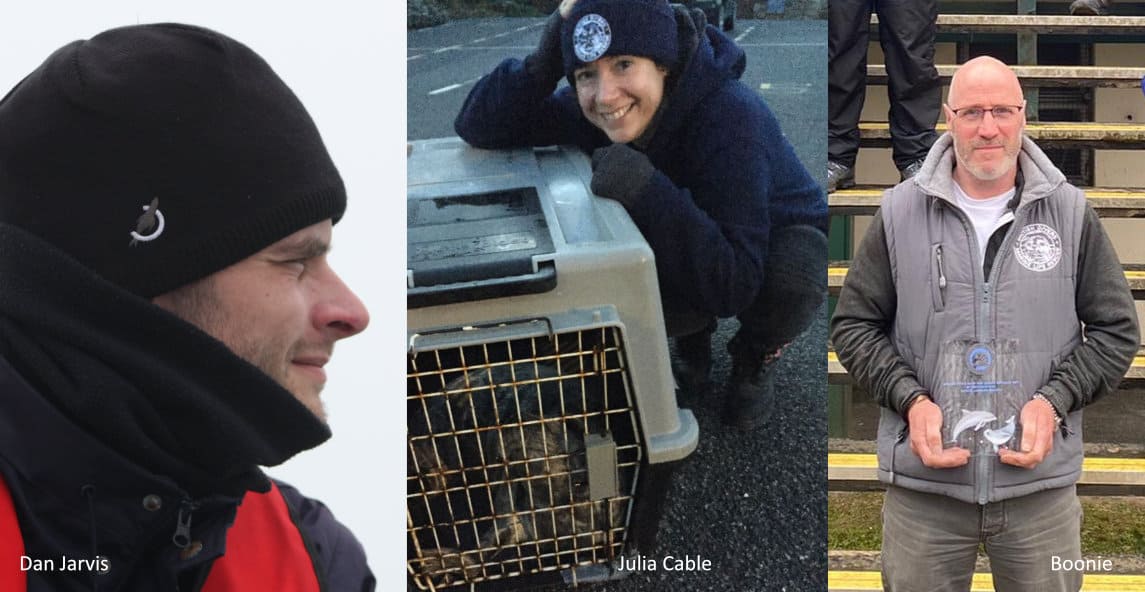 Julia has been with BDMLR since 2009 and has become an integral part of the day to day running of the organization. Julia Cable organizes rescues, is in charge of Head Office and is always on hand to attend rescues in the south east and man the phones for out of hours shifts as well. She is, in fact, an all-round superhuman and the Director status is well deserved and earned.

“I am delighted Julia’s exceptional work over the years has been recognized by her promotion to Operations Director,” said BDMLR Chairman Alan Knight OBE. “I am sure she will lead from the front for many years to come.”

Dan comes from a legendary line of Jarvises who hail from the Midlands originally, but settled in Cornwall. Dan joined BDMLR staff from the Cornish Seal Sanctuary, although he has been a medic for many years and is the Cornwall Area Co-ordinator. He oversees the way BDMLR rescues animals, trains its medics and represents us on the global animal welfare and rescue stage.

“Dan is one of BDMLR’s vital organs and keeps the organization headed in the right direction,” said BDMLR Director Gavin Parsons. “His knowledge of marine animals is second to none and he is a well respected professional in the animal rescue field.”

Martin ‘Boonie' Boon, one of the recipients of the BDMLR Outstanding Contribution to Marine Mammal Rescue Award in 2021, joined BDMLR in 2008 and in that time has rescued a plethora of animals from seals to humpback whales. He has been an assistant area coordinator and coordinator for Buchan in Scotland and in 2019, following the successful rescue of an entangled humpback, he was asked to be co-ordinator of the Large Whale Disentanglement Team, a post he still holds.

“Having known Boonie for more years than I care to remember, I know he is totally dedicated to the ideals of BDMLR,” said BDMLR Director Mark Stevens. “He has taken over leadership of the LWDT and, working with others, has instigated what must be one of the most rigorous training procedures anywhere.”