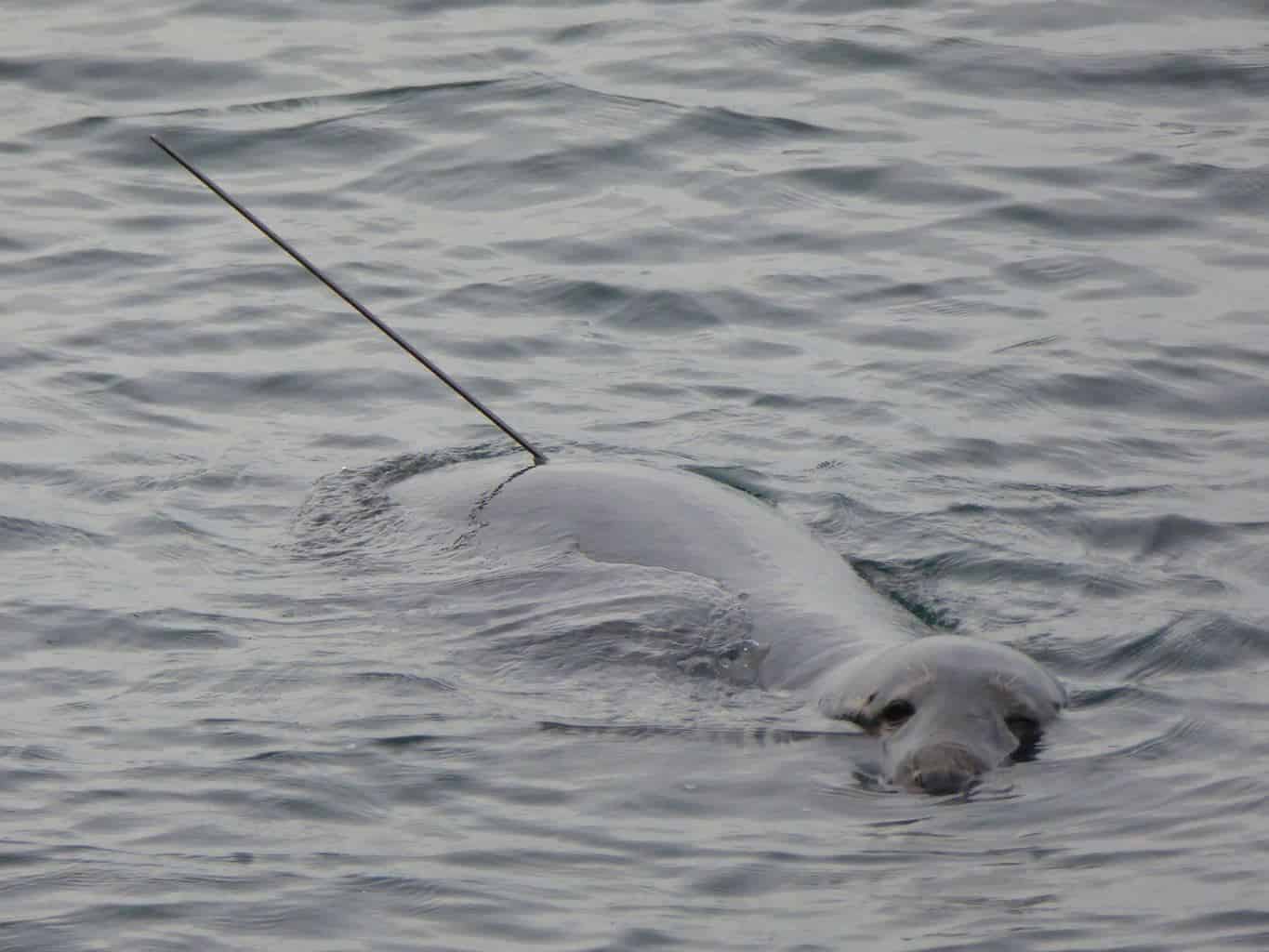 On the morning of Saturday 2 September, British Divers Marine Life Rescue (BDMLR) received a secondhand report of a seal in Brixham harbour, Devon, that had been spotted the previous evening with a large spear or crossbow bolt stuck in its back.

Further reports then followed from members of the public to BDMLR, as well as the Coastguard, when the animal was seen again in the harbour during the afternoon. Teams from both organisations attended the scene and two BDMLR Marine Mammal Medics went out on a boat kindly provided by the Harbourmaster’s office to get closer, so that the situation could be assessed and a plan of action made.

As the animal, an adult female grey seal, was still relatively mobile and naturally nervous of her surroundings considering what had happened, she was able to dive and move away from the boat, which made assessment difficult. However, the two-foot-long spear could be seen sticking up out of her back near her pelvis and close to her spine, and it was also noted that there appeared to be little use of her rear flippers, raising concerns that she may be paralysed. She soon disappeared from view and has not been spotted since, but BDMLR are deeply concerned for her welfare as it is likely that she is also heavily pregnant.

Volunteer Medics in the area are on standby should she be found again – anyone who sees her can report sightings to the 24hr hotline on 01825 765546, and BDMLR are working closely with the RSPCA and police, to whom the incident has been reported as shooting seals with spears or crossbows is illegal. The circumstances surrounding how and why she was shot are still unclear, so witnesses with information are urged to come forward to help BDMLR piece together what has happened.

Dan Jarvis, from BDMLR, said: “Sadly, this is the latest in a long line of incidents in South West England involving seals that have become habituated to being fed by people on harboursides or when returning to harbours from fishing trips. As intelligent and curious animals, they soon learn to hang around in areas where this will happen to get themselves an easy meal, which then brings them into heavy contact with watercraft, pollution and anti-social behaviour.

“Just a fortnight ago one such seal in St Ives harbour in Cornwall was hit by a boat propeller and has also not been seen since, while seals in Newquay harbour have been spat at, had stones thrown at them and have been jumped on by youths on the harbour wall.

“As soon as people stop feeding these animals, the sooner they will leave the harbours as there is nothing there for them anymore to encourage them to stay, so will then obviously no longer be victim to these repeated attacks, abuse and accidents.

He added: “The more this message is shared to spread awareness and educate people then hopefully we will have fewer distressing and upsetting incidents of this nature to deal with in the future. Please, let seals be wild!”
www.bdmlr.org.uk