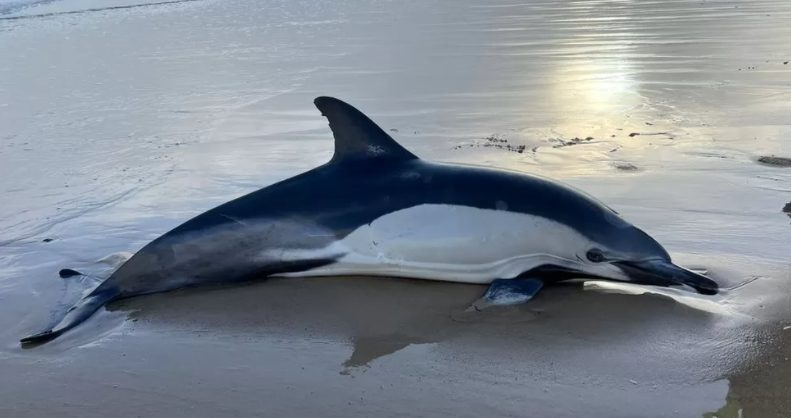 Members of the British Divers Marine Life Rescue (BDMLR) helped a stranded dolphin back into the water at South Gare, near Redcar, on Monday morning.

The adult male common dolphin was found by a beach walker at around 9am, and when BDMLR volunteers and members of the Coastguard attended the scene, they thankfully found the mammal to be in good health and breathing well.

In a rescue operation that lasted over three hours, the dolphin was placed on to a tarpaulin and carried back out to sea, where it was reported to have swum off strongly into deeper waters.

BDMLR rescue co-ordinator Molly Gray stated: “He needed a little time to re-adjust to being back in the water as when a dolphin is stranded on land, the effects of gravity can be quite significant.

“But once he was happy, he swam off strongly and no-one has seen him since – hopefully, we won't see him again.”