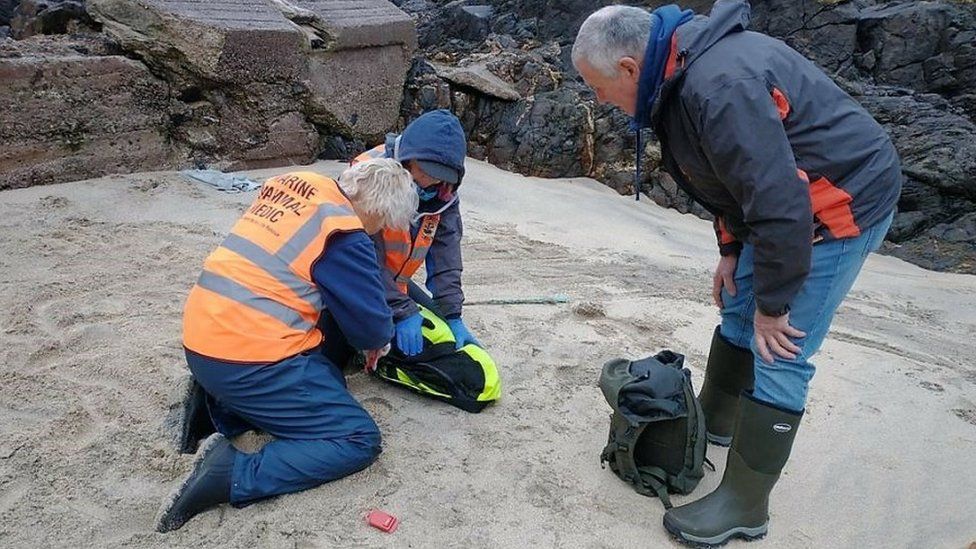 The juvenile seal was spotted by members of the public at Boat Cove, near Pendeen in Cornwall, on New Year's Day and BDMLR sent volunteers to the scene after being alerted to the animal's plight.

The Marine Mammal Medics took over an hour to carefully remove the netting, rope and small plastic buoy from the stricken seal.

BDMLR Medic Delia Webb said that the rescue happened in the nick of time, and that luckily the rescuers had managed to remove the entanglement before it had caused any damage to the seal.