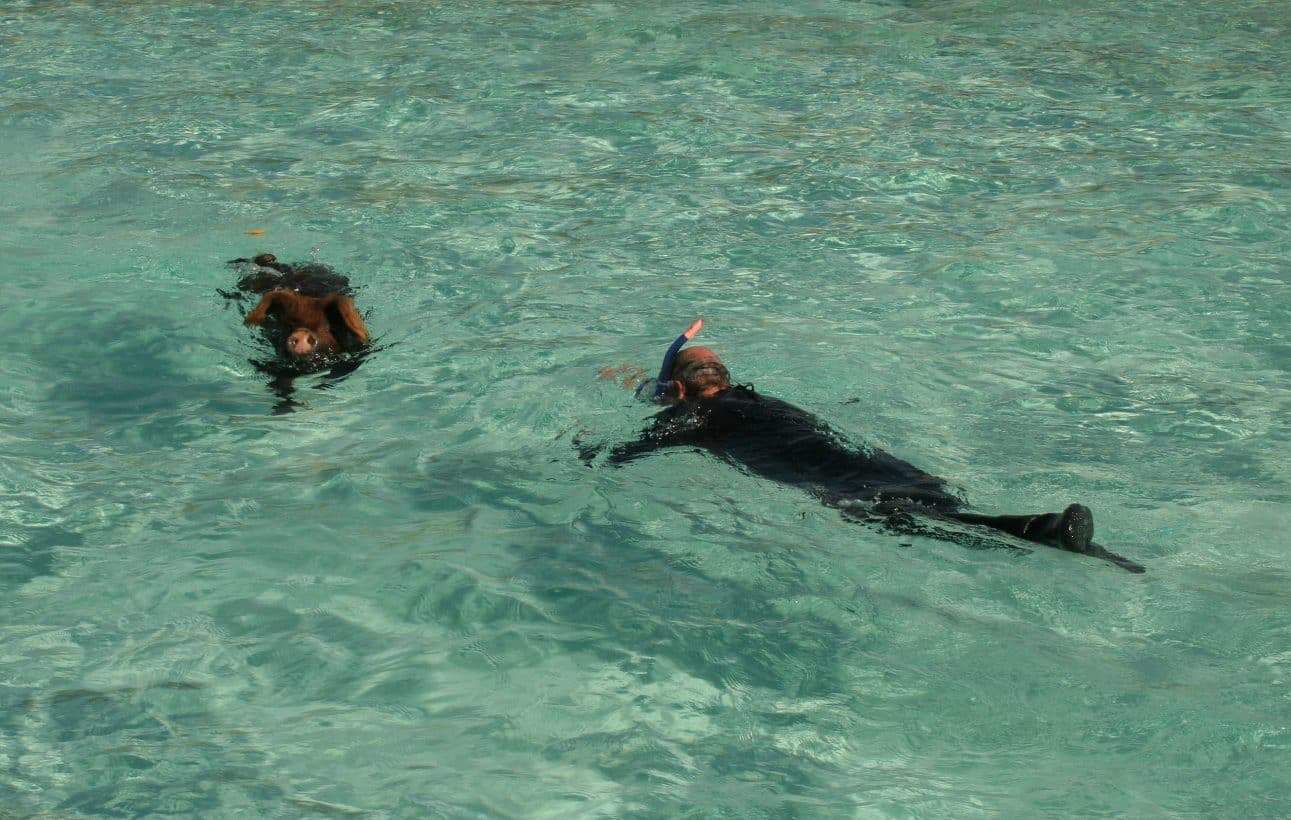 Several wild pigs which were a staple tourist attraction on Big Major Cay in the Exuma Marine Park, Bahamas, were found dead in February, causing a spate of wild speculation on the internet, including that they had been poisoned, or had died after being fed rum and other alcohol by visitors.

However, now that the pig carcasses have been examined by veterinarians, it appears the true cause of their sad demise was somewhat-less sensational. Large amounts of undigested sand was found in their stomachs, leading many to think that when the pigs foraged for food scraps left on the beach either on purpose or inadvertently, they ended up consuming far too much sand at the same time. This cannot be digested, so played a major role in their deaths.

Legislation is being passed to provide better protection for the remaining 15 pigs that call the Cay home, so you will still be able to spend time with the famed swimming pigs of Pig Beach – just make sure you don’t leave any food stuffs behind.