Back To Work With Conservation 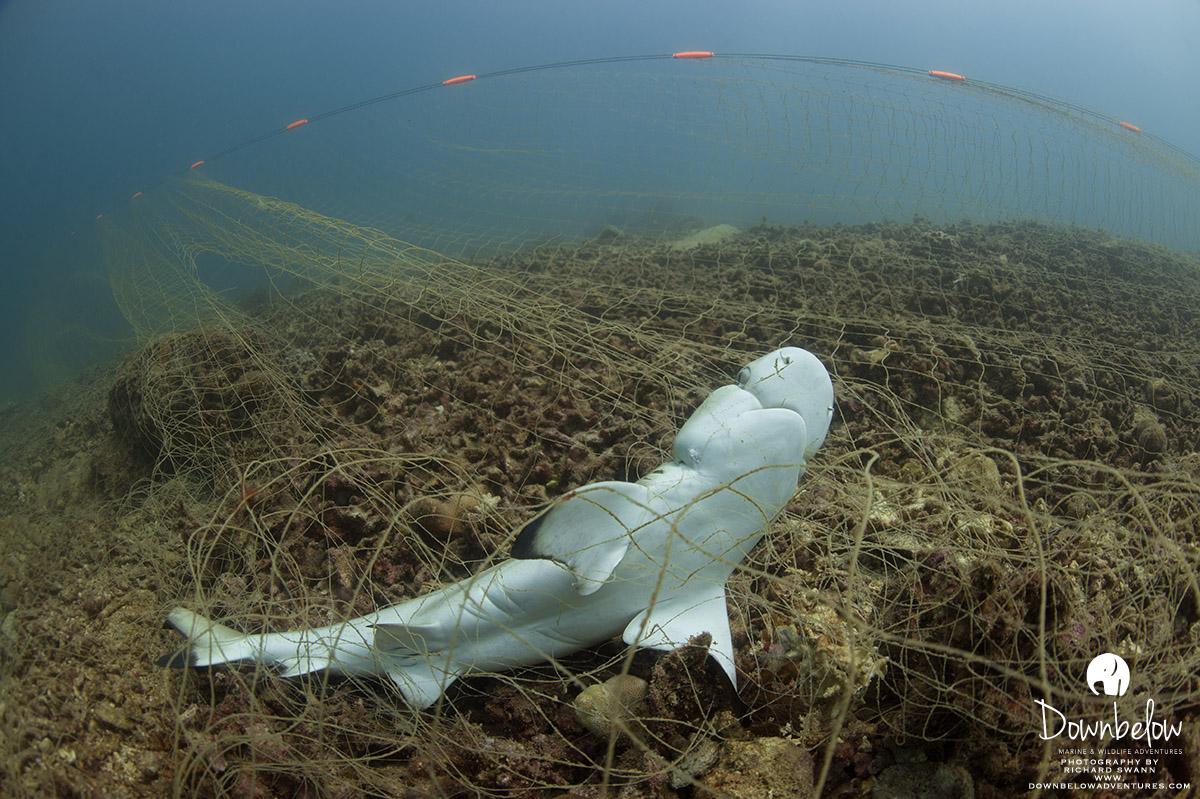 The Australian Government has reviewed its advisory for travellers...
Contents hide
1 WHO WILL BENEFIT FROM THIS PROJECT?
2 HOW ARE THE FUNDS BEING USED?

“Back To Work With Conservation” is a fundraising initiative that helps get local people in Malaysia back to work, saves marine life and cleans up ocean trash. 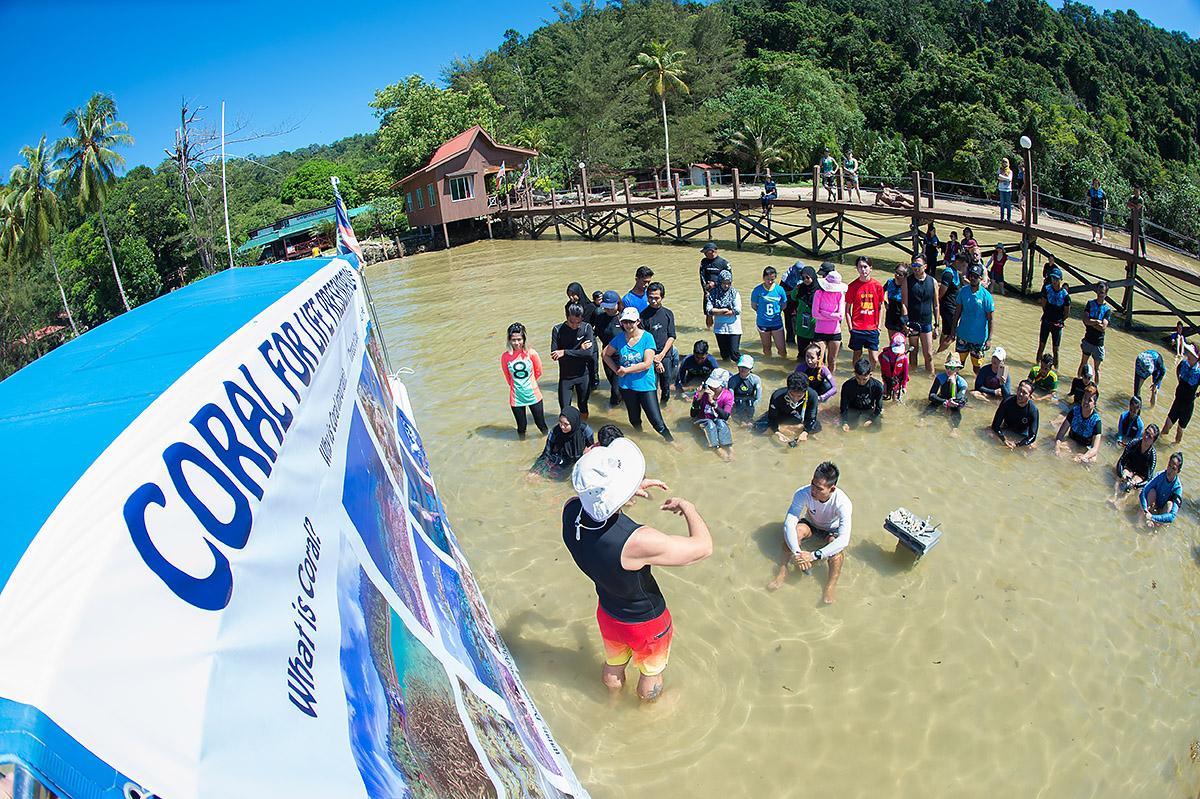 Created by Downbelow Marine & Wildlife Adventures S/B a PADI 5 Star IDC Career Development Centre & Travel Company based in Sabah, Borneo to help raise much needed funds for conservation work that was previously funded by travel sales revenue. The concept is a win/ win for the environment and the community.

Since 2004 Downbelow Marine & Wildlife Adventures have used company profits and resources to fight the ever growing problem of ocean trash through beach cleanups and underwater gill net removals. To date they have educated over 3,000 people to become torchbearers in reducing plastic waste,  collected more than 3 tons of ocean trash, removed more than 400 abandoned gill nets snagged on coral reefs and saved thousands of marine lives that would have otherwise perished. 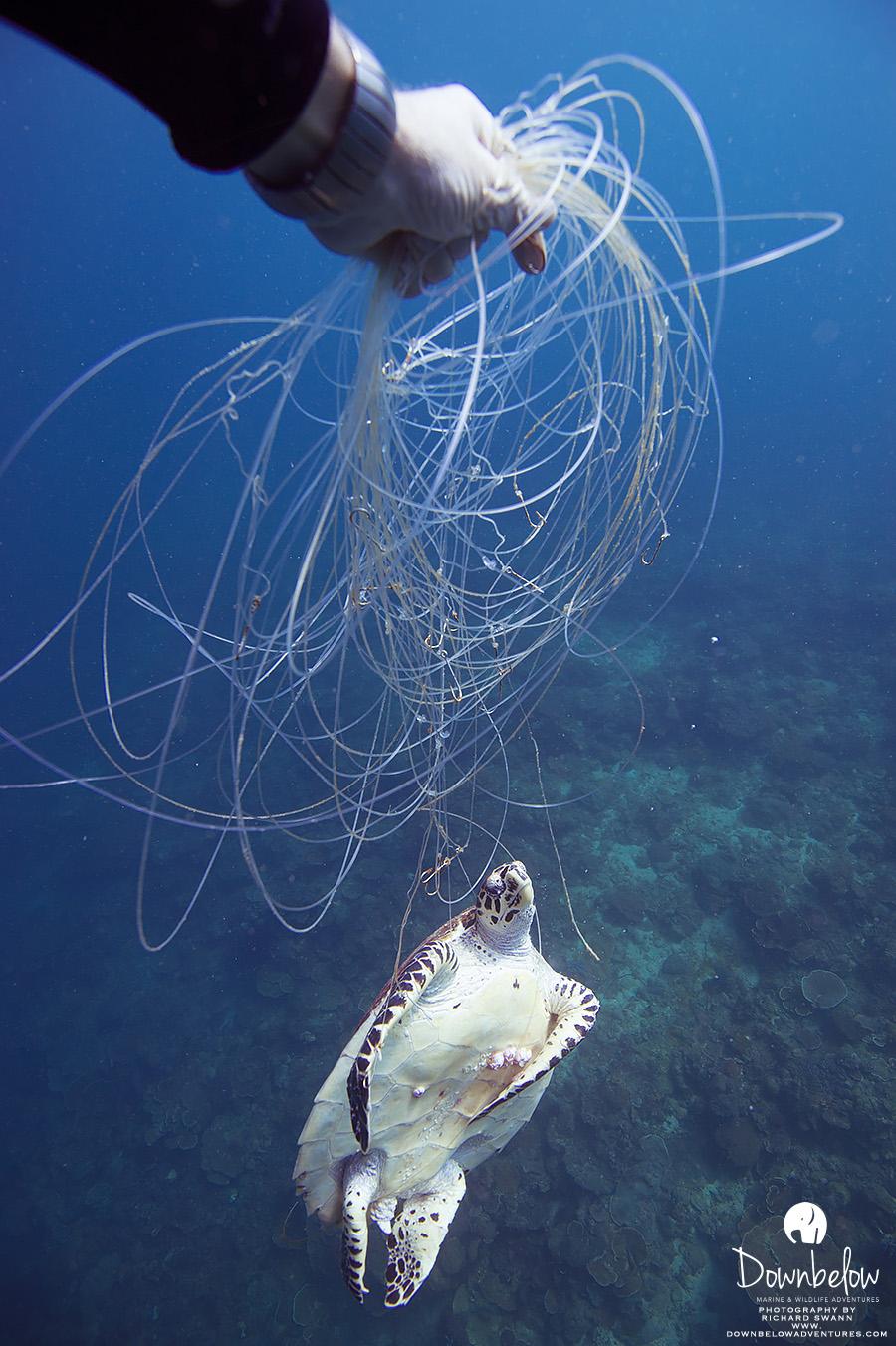 The C-19 pandemic has bought worldwide travel to its knees. Malaysian borders have been closed and will remain closed until 2021. Currently the dive centre operates with only local divers, at weekends and one or two extra days of the week. Not being out diving everyday with several boats of divers means they are not finding the gill nets quickly enough and they don’t have the revenue to conduct non-profit charitable work to the same degree as pre-covid.

The objective of the appeal is to raise enough funds to complete several projects over the next few months. 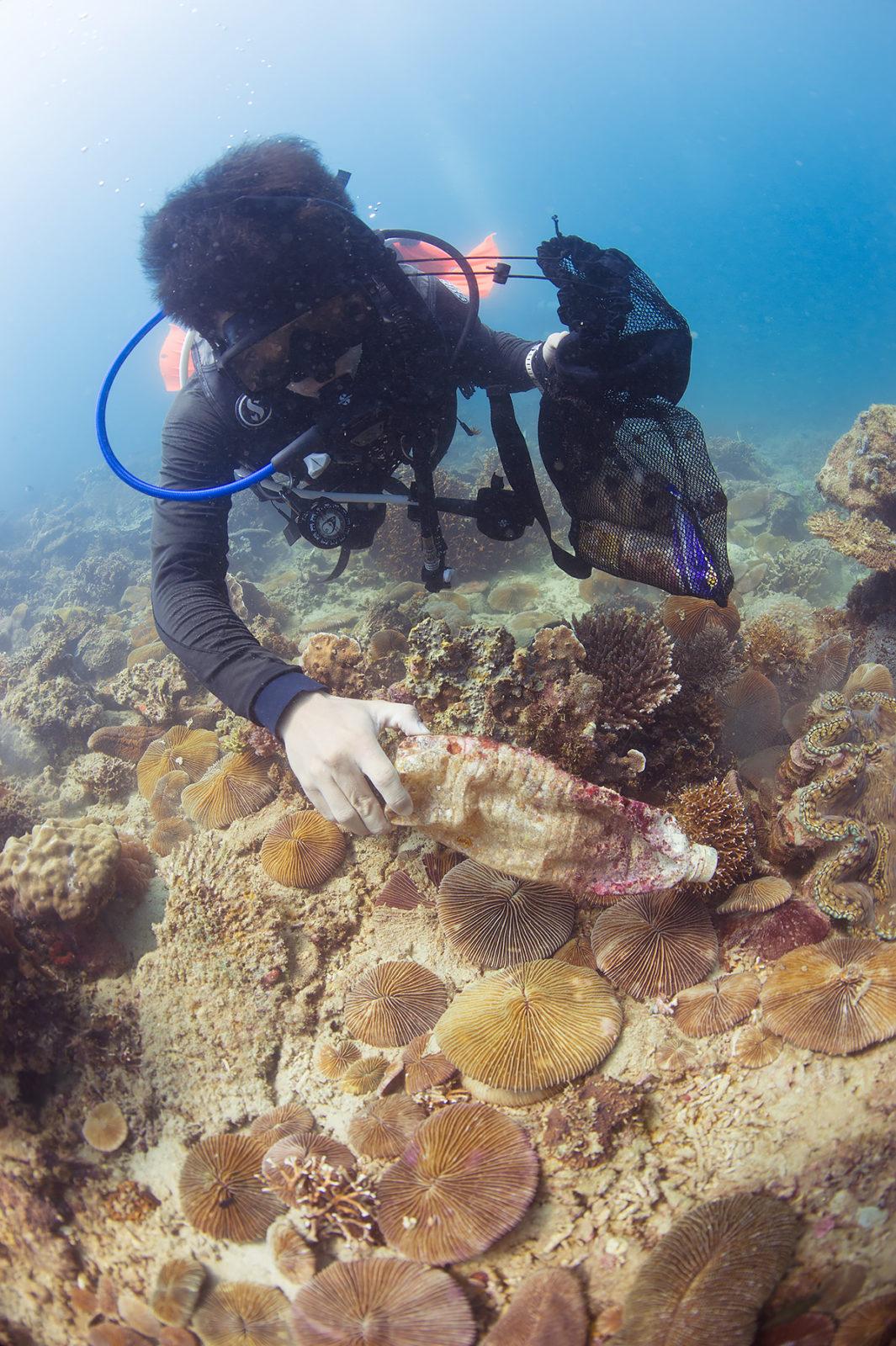 WHO WILL BENEFIT FROM THIS PROJECT?

Twenty five workers and their families, plus their extended families. Local families usually have one main income earner with many generations of families living in the same house hold. There has been some government support during covid-19 but people are already struggling. Raising money for these conservation projects means the local team have work on the conservation days which will help substitute the loss of full time income.

Marine life such as turtles, sharks, coral reef fish and crustaceans will benefit. A rogue fishing net, colloquially termed ‘ghost nets’ because it continually fishes even after being discarded, can be up to 100m long and 30m wide. Whilst they are left on the reef un-suspecting marine life get snagged in them, they struggle for their freedom and often larger fish will feel the vibrations of an injured creature and become snagged themselves and the devastation continues.

Everything from crabs, clown fish, snappers, turtles and sharks entangle in the net, often still alive and waiting to be saved.  If the ghost net is not removed it will smother the living coral and the coral will also die. 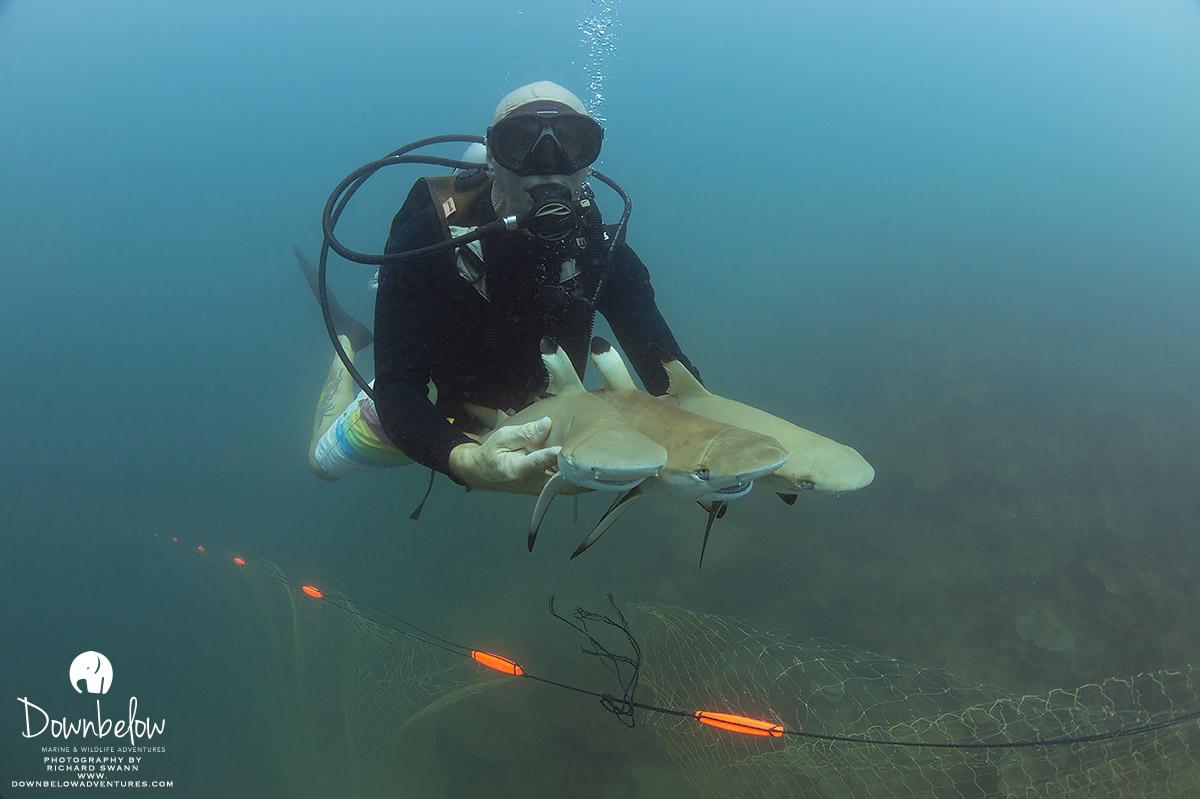 Beaches, mangroves & coral reefs will also benefit. Beach clean ups are a routine job for the island team. Sadly ocean trash is an increasing problem world-wide, the plastic tide is seen daily. More than eight million tonnes of plastic is thrown away each year and washed out to sea. It takes centuries to break down. It’s eaten by marine creatures and it’s in our food chain. Scientists can’t say how dangerous plastic is to human health, but it’s clear the effect on wildlife is devastating. Fish, whales, dolphins… hundreds of species have eaten plastic. 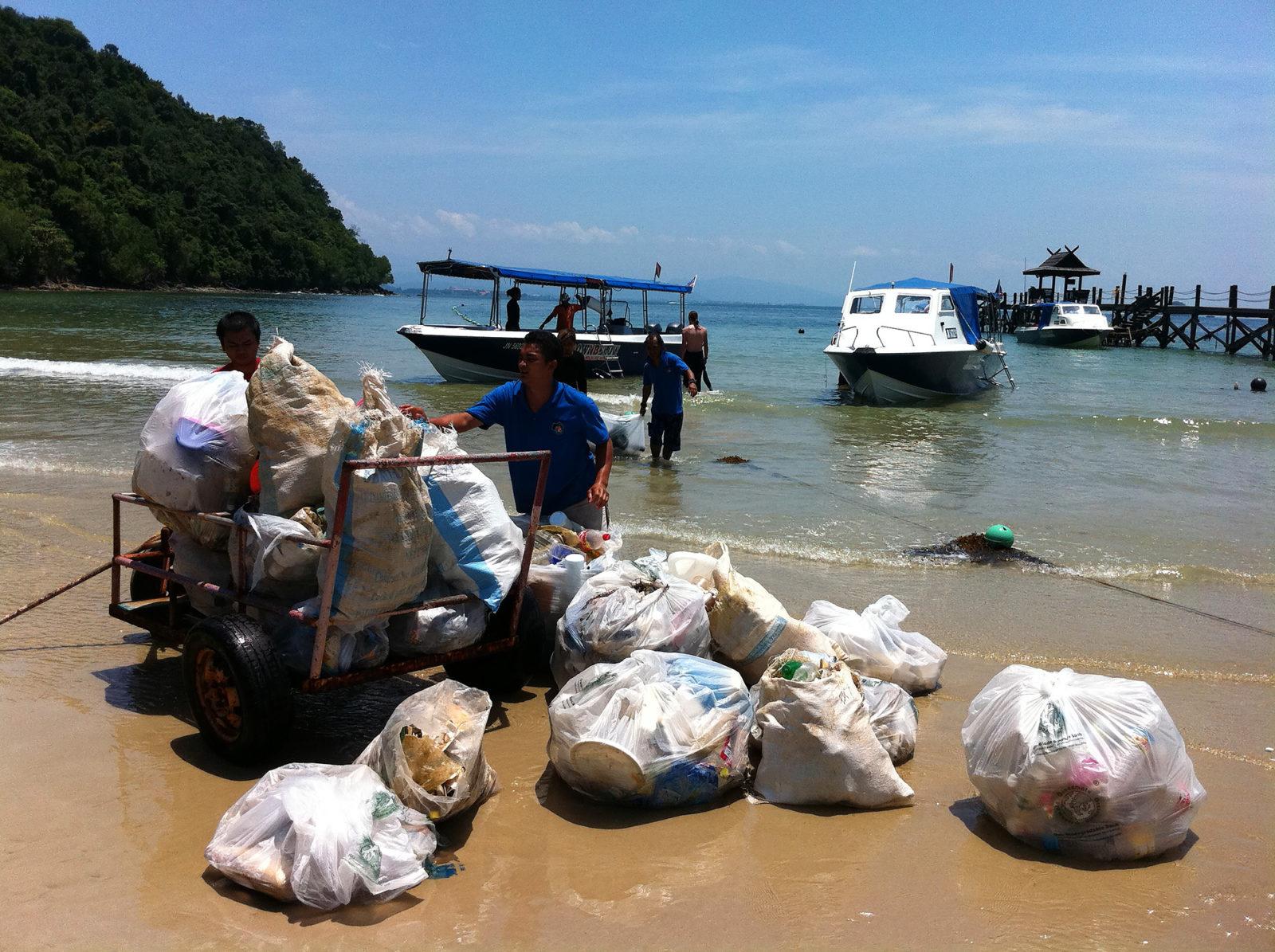 HOW ARE THE FUNDS BEING USED?

Historically the team conducted one Ghost Net Search & Recovery and one Beach & Underwater Clean Up per week at an approximate cost of MYR 5,150.00 (GBP 1,050.00) per week. So far the appeal has raised enough money to complete two projects which is fantastic and both projects have been uploaded to the companies youtube channel. Company Director Joanne Swann has also set up a fundraising page which is regularly updated.

Whats great about this fundraiser is supporters can be virtually involved and see for themselves the project being completed. Every project is documented and supporters can share the results of their support on their own social media. Companies can support an entire project as part of their own CSR commitment.

To get the latest news on the project status and to donate please visit the Back To Work With Conservation” GoFundMe page.