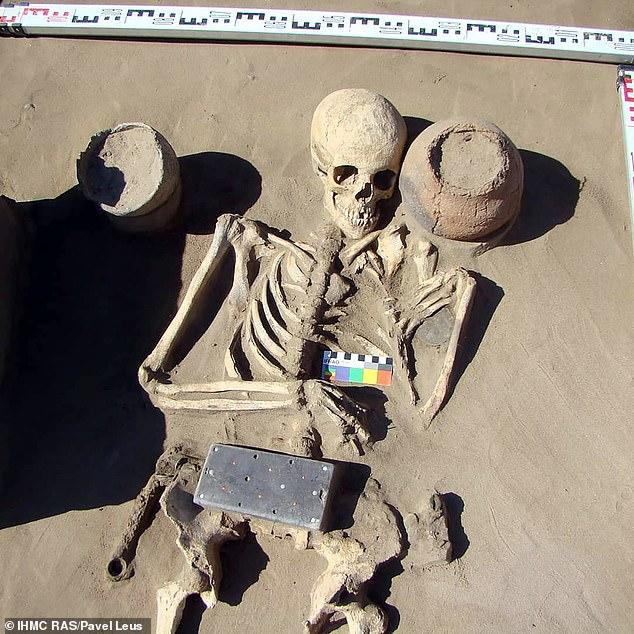 Archaeologists working in Siberia think they may have uncovered the Queen of the ‘Russian Atlantis’ after finding a skeleton – adorned with an enormous gemstone belt buckle – that dates back more than 2,000 years.

The tomb of the young woman, nicknamed Natasha by archaeologists, was found during the annual draining of the massive man-made Ala-Tey reservoir in the Republic of Tuva, which covers a mind-blowing 240 sq miles. The necropolis is known as the ‘Russian Atlantis’ because it is submerged under nearly 18m of water all year round apart from a few weeks when it is drained.

Natasha’s potential royal lineage is suspected because of the black gemstone belt buckle found on her body. Made from jet, it dates back more than 2,000 years, measures a whopping seven inches by 3.5 inches, and is inlaid with turquoise, carnelian and mother-of-pearl. 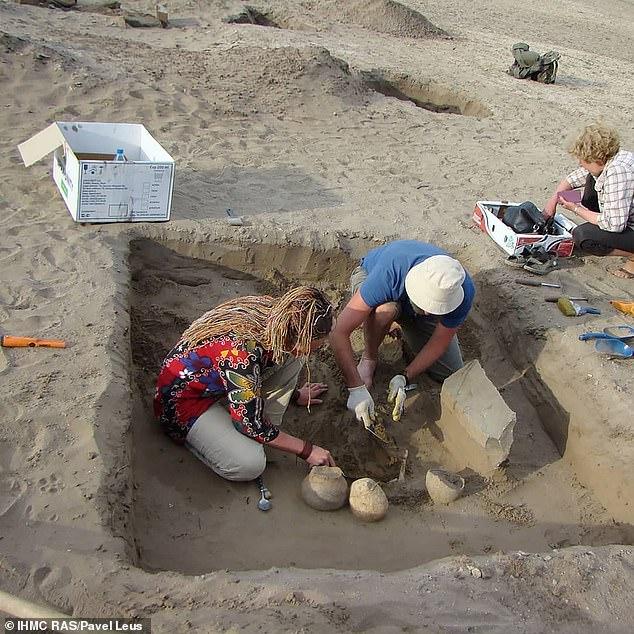 Archaeologist Dr Pavel Leus, from the St Petersburg Institute of Material History Culture, said: “Natasha’s was the only belt decorated with Chinese wuzhu coins, which helped us date it to 2,137 years old.”

Previously, two partially mummified skeletons of young women have been uncovered. One was dressed in silk and first thought to be a priestess, but is now assumed to have been a leather designer, while the other was a weaver, who was found alongside her wooden spindle and sewing bag.

Expedition leader Dr Marina Kilunovskaya described the Ala-Tey site as ‘a scientific sensation’, and said that graves of prehistoric civilisations dating from the Bronze Age to the time of Genghis Khan are located at the reservoir.