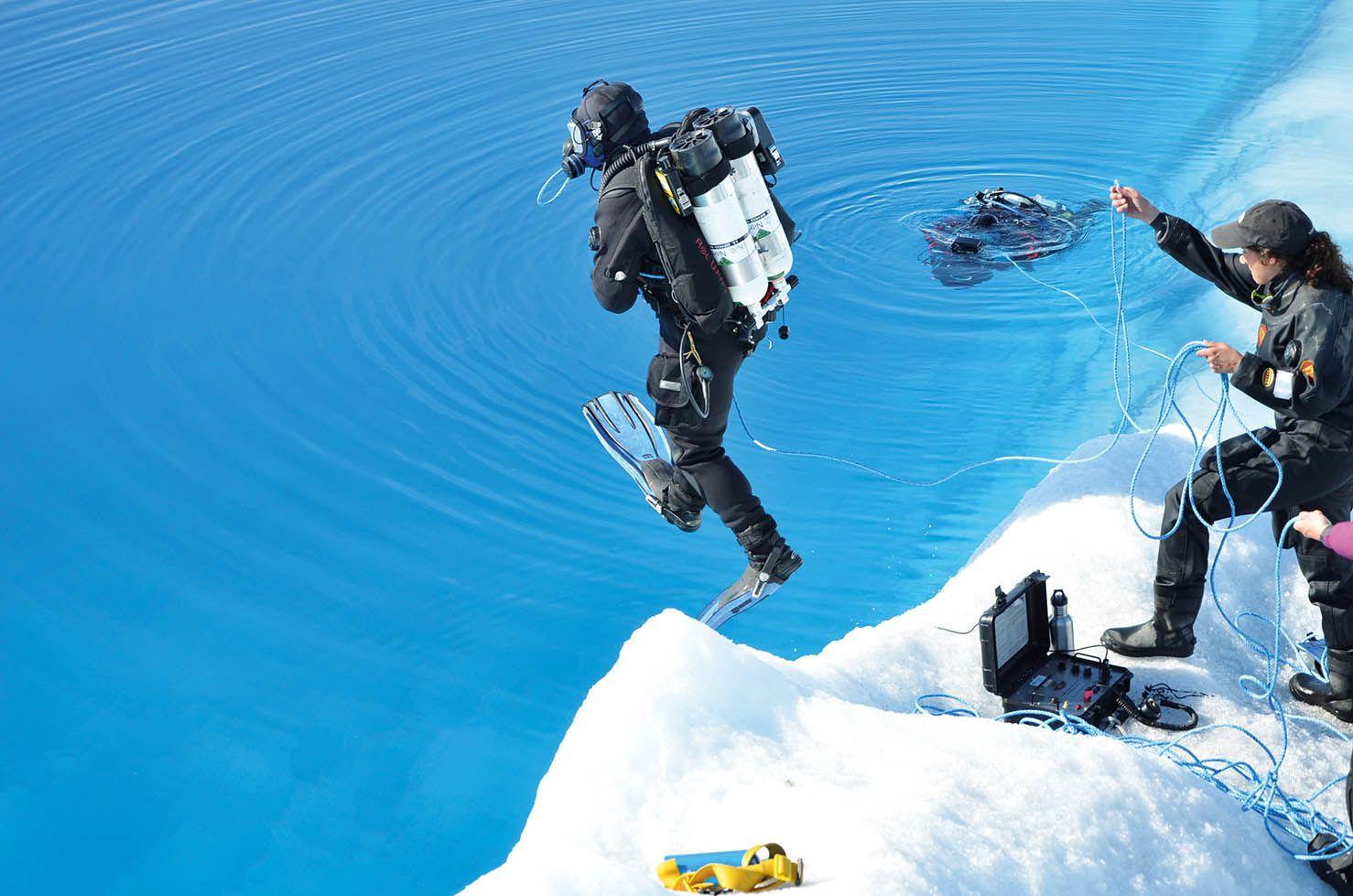 Andy Torbet is rapidly carving a niche for himself as the man the TV companies go to when they need someone to do something most people would find absolutely crazy. Scuba Diver Mark Evans sat down with Torbet to find out what drives his adventurous lifestyle. 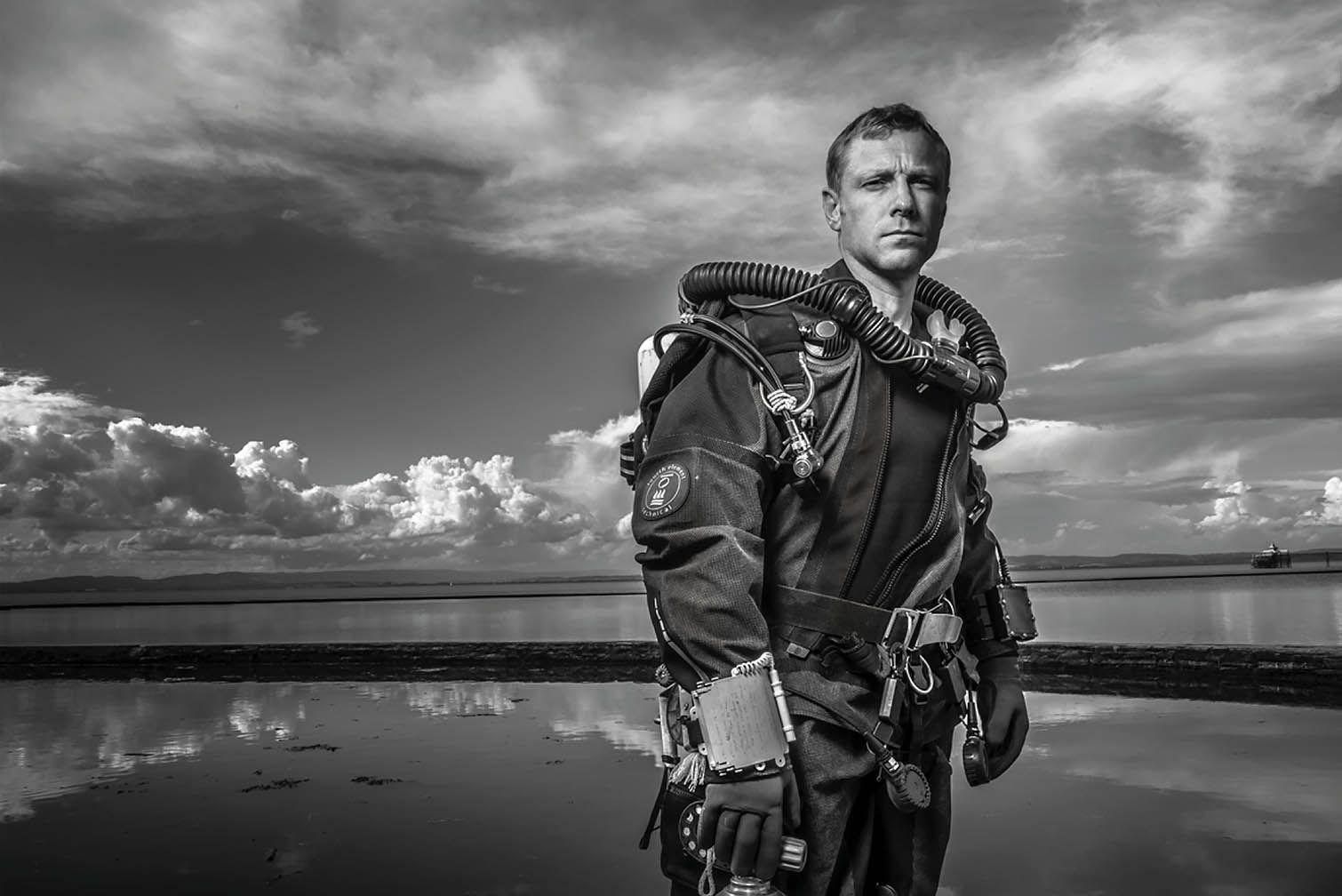 Mark Evans: You are renowned for being a bit of an Action Man – have you always been an adventurer?

Andy Torbet: I grew up in the Scottish Highlands, so being outdoors, climbing trees, swimming in rivers was normal. I started snorkelling at 12 and diving at 14. I started climbing at 13, and I’ve been hillwalking and camping since I was very young. So I suppose I’ve always liked the outdoors. But I’m not into an adventure for its own sake, or for pleasure. I prefer to have a reason, a mission, to go to work. So whether it’s filming, scientific or archaeological research, or experimenting with new technologies, that ticks all the boxes – I’m afraid climbing a mountain ‘because it’s there’ isn’t enough for me.

Andy Torbet: Yes. The BBC did a special for Action Man’s 50th anniversary where he went out and discovered his own history. It was all real apart from Action Man himself, who was stop-motion animation. They needed someone to be the voice for the toy and called me up and asked if I was free. Clearly, I said yes – regardless of when it was, I’d make sure I was free! I even bought a new Action Man T-shirt to wear to the voice recording in Cardiff. 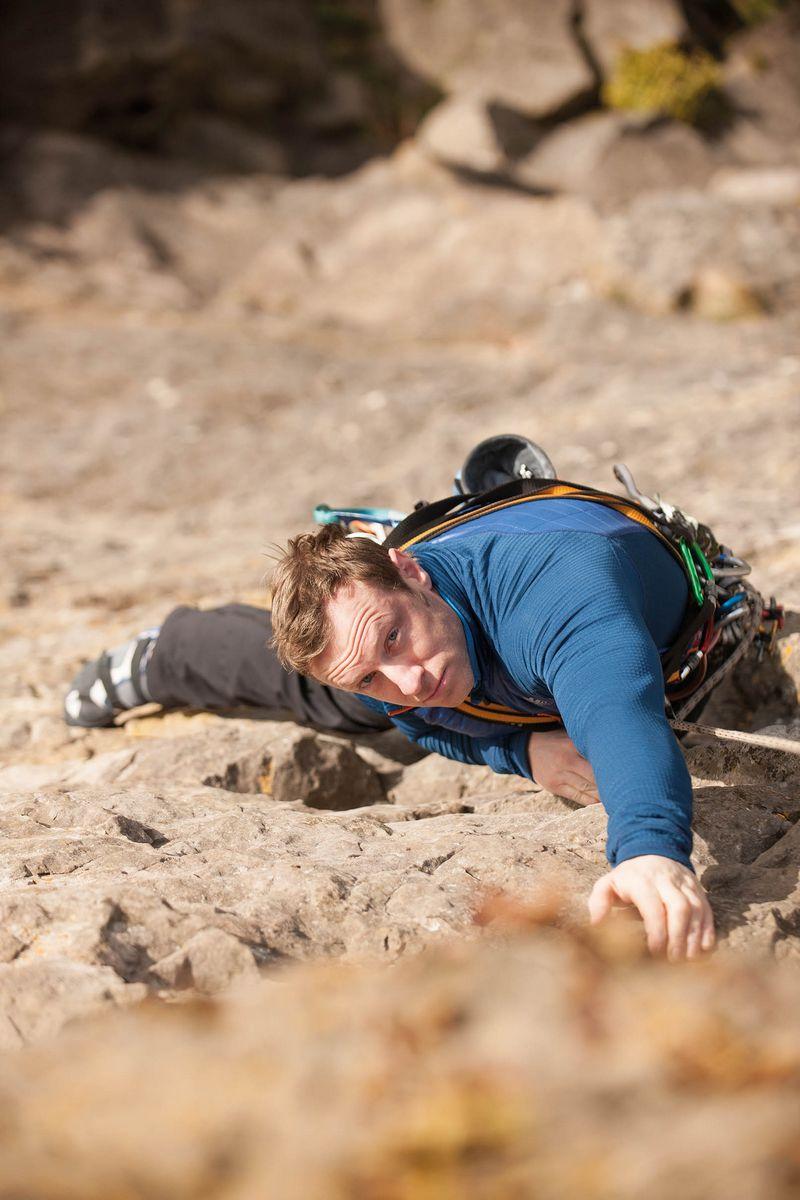 Mark Evans: You are currently on CBBC in Beyond Bionic. How did you land such a great gig, travelling the world and playing with loads of cool gadgets?

Andy Torbet: It was my idea. I actually wrote it up eight years ago now. It took me that long to build up enough of a reputation as a TV presenter and also my credibility as a diver, freediver, climber, skydiver, scientist and zoologist, etc., to convince someone to put up the money. It was hard work too. Almost eight months of near non-stop filming around the world and away from the family. But the results have been worth it – it’s been a huge success already.

Mark Evans: You are a regular on The One Show and have done a few other TV programmes aimed at adults, but this is your first series focused on children. What was the attraction of filming for younger viewers?

Andy Torbet: Yeah, I’ve done 18 adult series now over the last six years with things like Coast, The One Show and special series for BBC History and BBC Science (the highlight being one of the Britannic, where I got to dive the ship in 2016, the 100th anniversary of the sinking). CBBC approached me about doing something for kids that would really stand out. This was an opportunity to deal in the sorts of stunts you usually only see on Top Gear but mix it with science, technology and natural history. There is also something worthwhile in doing kids telly. It’s seen by many as lesser than adult stuff, but the exact opposite should be true. Undoubtedly we should be spending more time, money and effort on making great factual content for our kids than we do on ourselves. 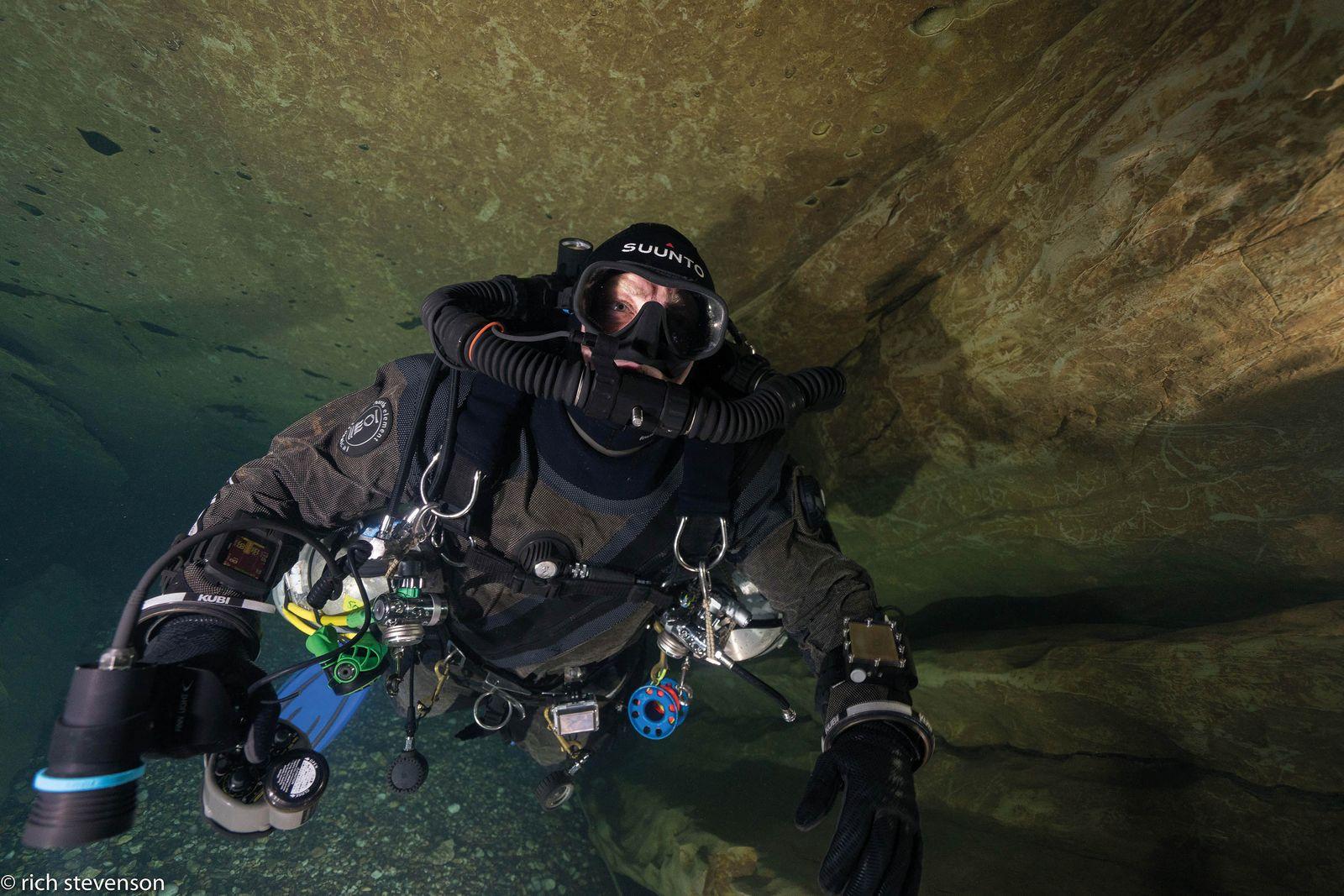 Mark Evans: A side-effect of being a CBBC presenter is that you have now become a hot topic of conversation among Mums in playgrounds the length and breadth of the country. Has your friend and fellow CBBC presenter Steve Backshall given you any tips on how to deal with this attention?

Andy Torbet: It’s not bad attention, so I don’t think there’s a need to ‘deal with it’. To be honest, I seem to remember Steve getting approached more by Dads when we went to the pub. They were usually looking for a photo with him to show the kids the next morning.

Mark Evans: Back to underwater – how did you get into diving in the first place?

Andy Torbet: I can’t remember a time when I wasn’t into the underwater world. Apparently, when I was three I’d watch any underwater wildlife programmes – The Man from Atlantis or 20,000 Leagues Under the Sea – and swim around the house in my pants. Then when I was 12, I joined the Aberdeen BSAC club. I had a paper-round which covered the costs, but I was only a snorkel member, as you weren’t allowed to dive until you were 14 back then. I’d snorkel above the divers on shore dives around the Aberdeen coast. It was freezing. Then I continued this and became a qualified diver, then an Army Diver, where I commanded the Army’s Underwater Bomb Disposal Team, then a commercial diving supervisor and now I still manage to make diving part of my professional life. 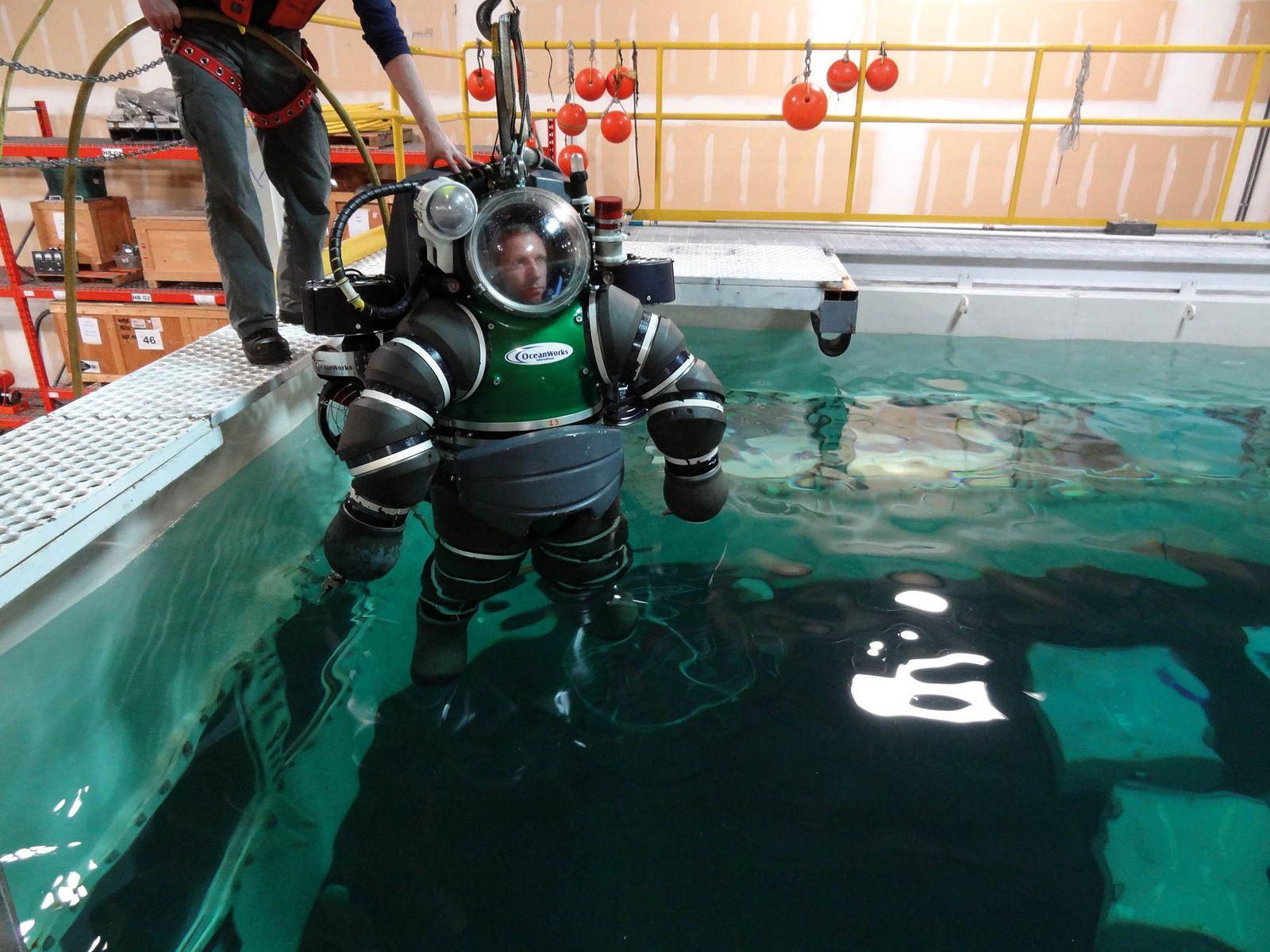 Mark Evans: You are a qualified technical diver and CCR diver – when did you first get drawn to technical diving?

Andy Torbet: I can’t remember when I first dived a twinset or nitrox, but we did a lot of twinsets and full-face mask work in the Army Dive Teams. I started doing deep trimix stuff in the early 2000s then, after a weekend with Martyn Farr, pretty much self-taught cave diving from 2006. I took up my first CCR, not counting the ones we’d played within the military, in 2008. I think the first time I went past 100m on OC was 2008, and with a rebreather was 2010. I now rarely dive open circuit unless the job requires it, or CCR is logistically not possible.

Mark Evans: For you personally, what is the attraction of technical diving? 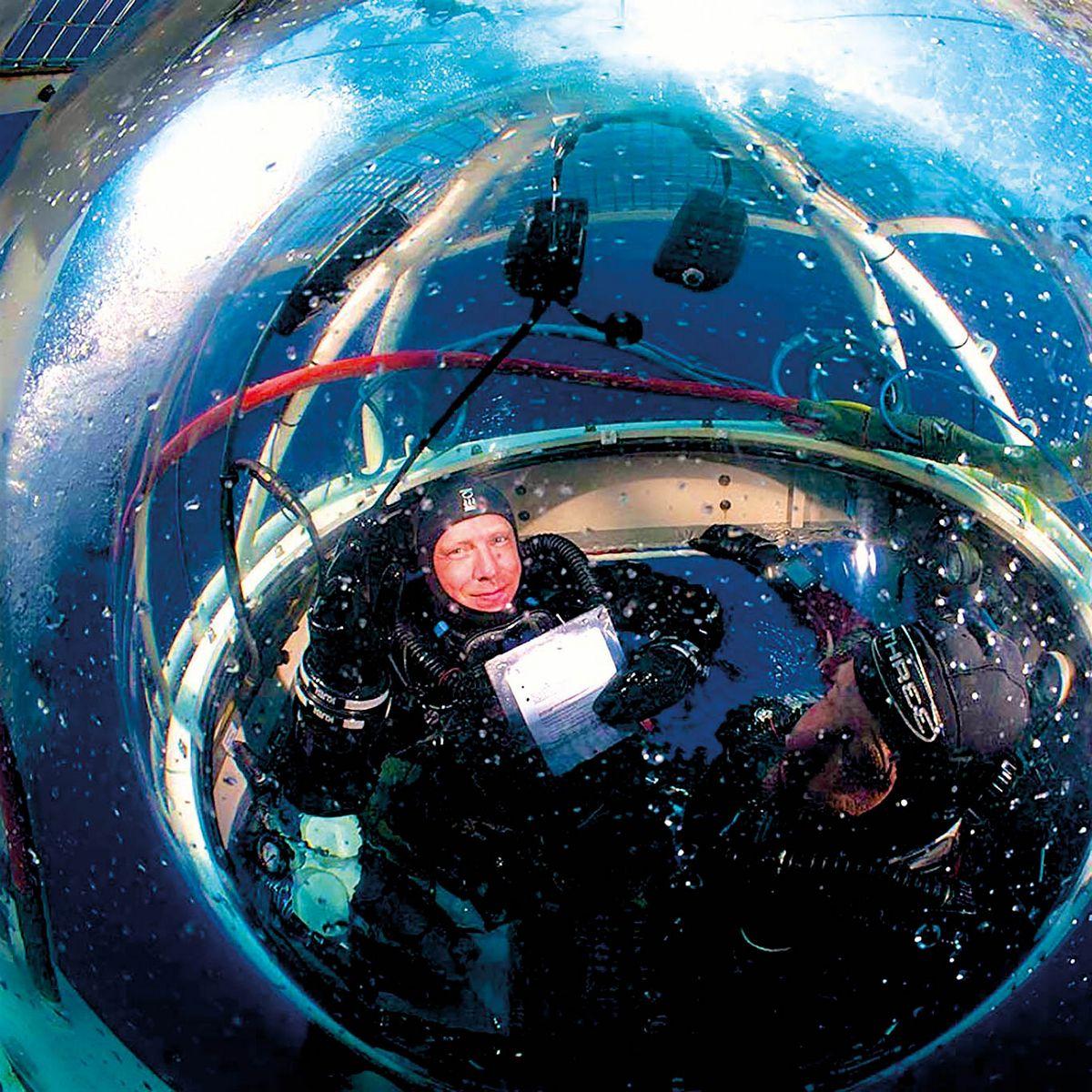 Mark Evans: What has been your worst moment while diving?

Andy Torbet: Turning up to a job having forgotten my fins. I’m usually an absolute admin-ninja, so this was worse than my diving helmet filling with water while walking around the seabed at 50m off Fort William, or blowing myself off my feet with a broco underwater cutting torch.

Mark Evans: On the flip side, what has been your best moment while diving?

Andy Torbet: The minutes as I drop through the water column towards a new shipwreck (or what we think might be a shipwreck), swimming through a mine-passage for the first time since it was abandoned, exploring a seabed, river bed, lake bed or cave system where no one had been. It’s the most thrilling experience to know no one has ever seen this and to not know what you might find.

Mark Evans: What’s next for Andy Torbet? Will we be seeing a team-up with aforementioned CBBC fave Mr Backshall, Deadly 60 v Beyond Bionic?

Andy Torbet: Steve is mega-busy with a bunch of his own projects which will see him flat out for the next year or more on filming expeditions. I’ve got some irons in the fire with a couple of channels, and there is Beyond Bionic series two to try and get commissioned. I’m also doing a Masters in Archaeology in my spare time, and I’m setting up a couple of non-TV scientific underwater expeditions. The TV stuff is excellent, but it’s not all I want to do. I am at heart a diver and explorer. Of course, I’m also training for a big climbing trip and am entering the World Speed Skydiving Championship again this year. And I really should take the family on holiday at some point.

Andy Torbet will be compering the main stage at the GO Diving Show in February 2020. You can grab a free buddy ticket using promo code BUDDY2020.

Check out our recent interview with Robert Thomas the UKs youngest cave diver.