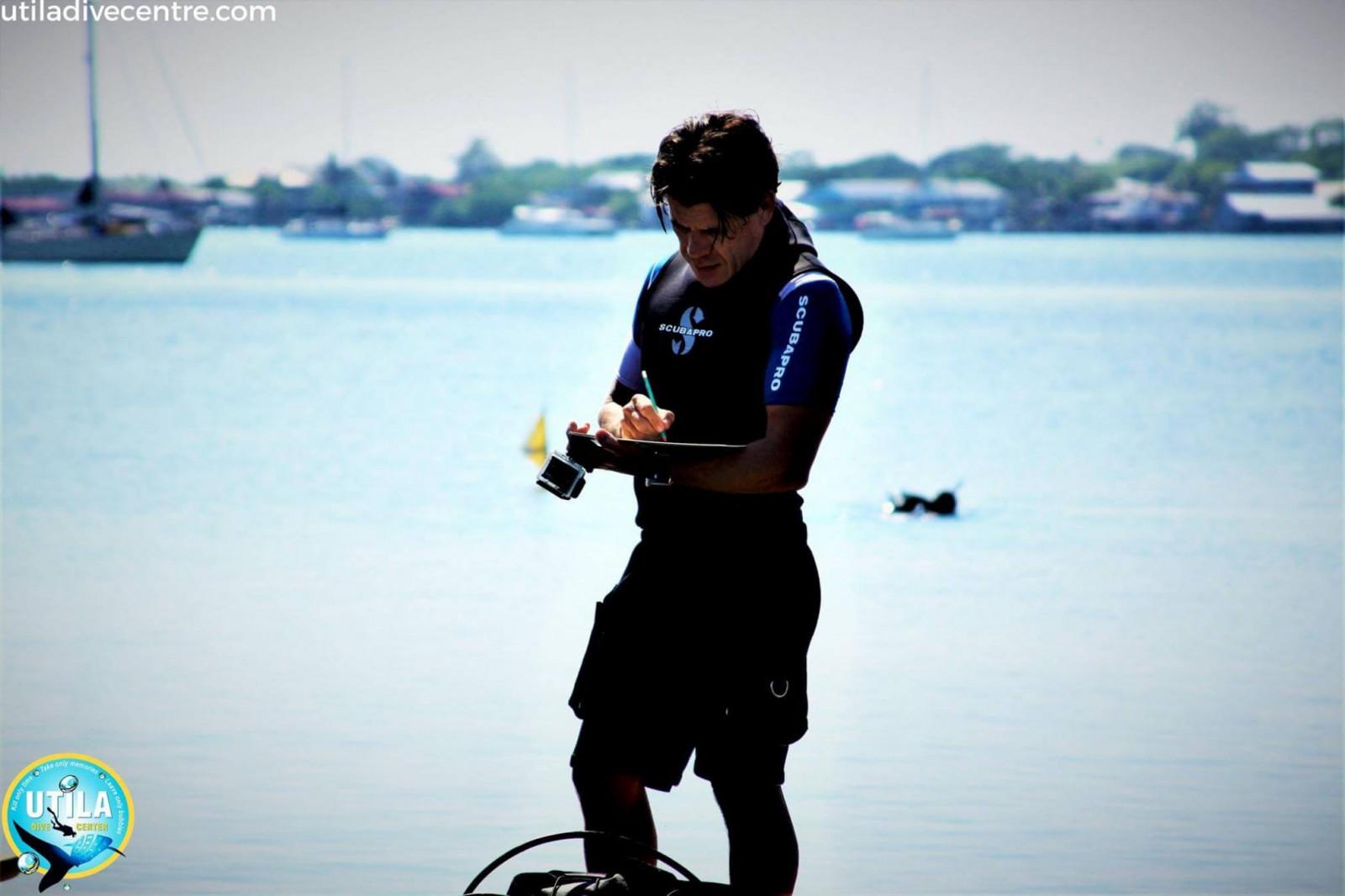 Andy Phillips has over 20 years of diving experience under his belt. The worldwide diving industry is in shock today with the announcement that PADI Platinum Course Director and technical instructor trainer Andy Phillips has died after a dive in the St Lawrence River in Canada.

The highly experienced diver went missing on Tuesday 11 June near Cornwall in Ontario. According to the Ontario Provincial Police, they received a call just before 9am regarding a diving incident – two divers had entered the water at Lock 21, a submerged lock system on Macdonnell Island in South Stormont Township that is popular with divers, but only one had returned. There were reports they were on closed-circuit rebreathers, but this has not been confirmed.

Multiple agencies were involved in the search operation, including the Royal Canadian Mounted Police, South Stormont and Cornwall Fire Services, US Customs and Border Protection, and a helicopter from CFB Trenton. Local residents were asked to avoid the area while the search for the missing diver continued, but after several fruitless days, it has now been called off.

Andy Phillips had been a figure in the pro diving scene for over 20 years. He first certified as a diver in 1990 on a holiday in Greece, but had been drawn to water since he was five. In 1997, after finishing university and working in the world of insurance for six months, he made the decision to turn professional and became a PADI Divemaster on the island of Koh Tao in Thailand.

Thankfully, his employer persuaded him he would make a good instructor, and he duly enrolled in 1998 on the PADI IDC in Utila, Honduras, and has never looked back. After working on the island for a while, he then moved to Costa Rica, then on to Dahab in Egypt, where in 1999 he discovered a lot for deep technical diving and exploration.

In 2000 he returned to the Caribbean and began managing Utila Dive Centre. Two years later he became a PADI Course Director (and held the Platinum level from 2005), and then at the age of 28, one of the youngest PADI Tec Rec Instructor Trainers in the world.

Through his role at Utila Dive Centre – and his previous centres – Andy brought many new PADI Instructors and technical divers into the diving fraternity. He was a highly experienced closed-circuit rebreather diver, overwhelmingly positive whenever you saw him at diving events and shows, and an enormous inspiration to many.

He discovered and named the epic dive site Neptune’s Throne at Isla Espiritu Santo in Mexico, which starts in 55m and drops to more than 100m, and fellow Course Director and close friend Luke Inman has named the top of this site Andy’s Pinnacle in his memory.

He is survived by his life partner Marie-Claude Dupras, his father and his sister.

From the editor: It is always hard to write about diving fatalities, but especially so when the person in question is a good friend. I had known Andy Phillips from when I first started in the industry way back in 1999, and he was hugely supportive from the get-go. I always looked forward to catching up with him at dive shows around the world, and his infectious personality and massive perma-grin will stay with me forever.

I will always remember one particular DEMA in Las Vegas where late into the evening Andy, myself and now-RAID supremo Paul Vincent Toomer presided over the ‘Table of Doom’ drinking far too many sambucca shots, inebriating anyone who joined us, and putting the world to rights. You will be sorely missed, my friend.

Mark Evans
Scuba Diver's Editor-in-Chief Mark Evans has been in the diving industry for nearly 25 years, and has been diving since he was just 12 years old. 30-odd years later and he is still addicted to the underwater world.
10 COMMENTS
Subscribe
Login
10 Comments
Oldest
Newest Most Voted
Inline Feedbacks
View all comments

Horible news …. When is enough ehough.. when will the world admit there may not be such a thing as a safe CCR dive.. These are not inexperienced divers .. tripple redundency blah blah
There has been over 600 deaths attributed to these systems. I hope we never have another one.

My best friend since 5 years old..cant take this in yet ..major shock..r.i.p from as you called me grinner..Tristan wallace

“Andy” my friend you will be missed so much and by so many,you where an inspiration to people and you achieved so much.You were my friend and i will miss you. I will see you again my friend!!
. Kev Payne

So sorry for our loss. My condolences for his family and friends.
Bobbie Jo Barton
PADI 190233
Sirenas Diving Costa Rica
http://www.sirenasdivingcostarica.com

Rip Andy, I did the nearby lock 23 on June 8th, 2 days before the tragic accident and the current was exceptionally strong due to open flood gates at the st Lawrence

I have been desperate the last few weeks to return to Utila and contact Andy. I finally decided to search for his contact details after deleting my Facebook account and find this shocking news. I’m sad and heart broken. he was an amazing individual. ill never forget him.