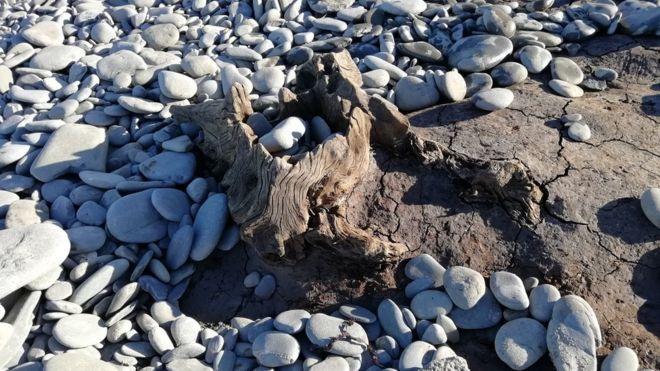 An ancient Welsh forest that has been buried under sand for more than 4,500 years has been uncovered by the fierce conditions of Storm Francis.

The petrified forest at Borth, in Ceredigion, is often seen in the aftermath of storms, but after Storm Francis, more tree remnants were discovered some 13 miles further south, at Llanrhystud, leading to suspicions the ancient forest was much bigger than first thought.

The forest has long been associated with a 17th century myth of a sunken civilization. According to the story, it vanished beneath the ocean after its guardian of the sea defenses forgot to close the protective gates. The mighty forest was alleged to stretch some 20 miles to the west of Cardigan Bay.

Dr Hywel Griffiths, from Aberystwyth University, is part of a joint research project between groups in Wales and Ireland looking at coastal environmental changes, and he said: “It is exciting because it is additional evidence of long-term climate change processes, but it is also worrying because we are seeing these changes occur more often.”