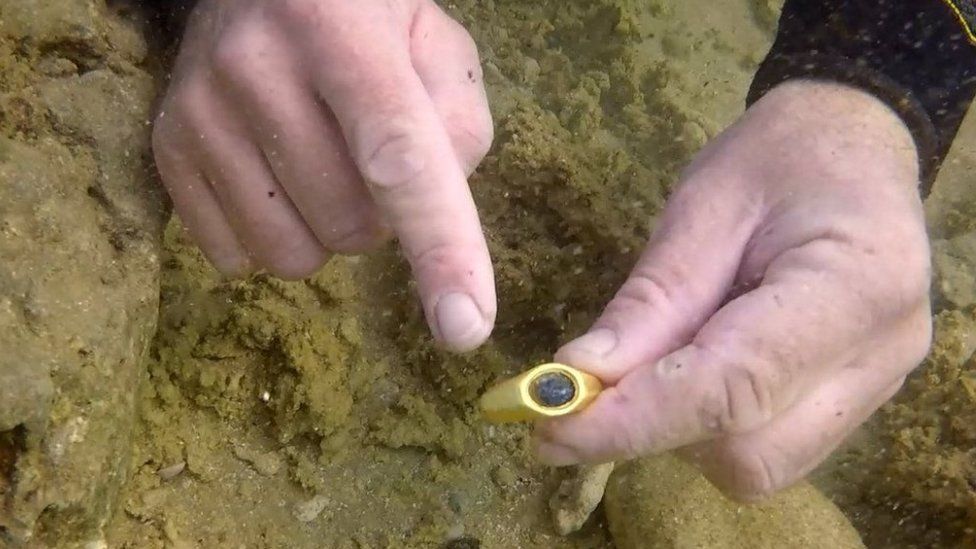 A gold ring harking back to the Roman era has been found by marine archaeologists excavating two shallow-water shipwrecks off the Mediterranean coast of Israel.

According to the Israel Antiquities Authority, the gold ring is set with a green gemstone carved with the figure of a shepherd carrying a sheep on his shoulders – early Christians symbolised Jesus in such a way, and in the Bible, he was described as the ‘Good Shepherd'.

The gold ring was among several items found on the two shipwrecks, which were located in just 4m near the ancient port of Caesarea. Other artefacts included hundreds of silver and bronze coins from the mid-3rd Century, a huge haul of silver coins from the early 14th Century, bronze bells, figurines in the form of an eagle and a theatre performer, and another ring, this one set with a red gemstone carved with a lyre.