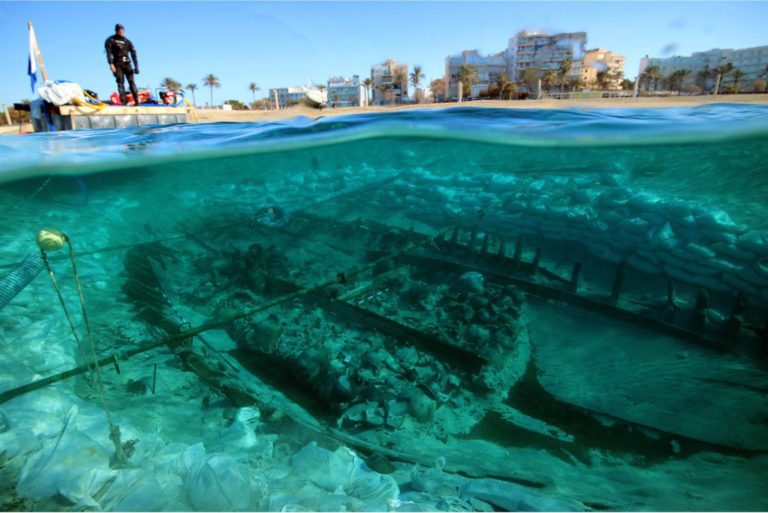 A massive haul of 300 ancient amphora dating back to the 3rd or 4th century have been recovered from a wreck just off a busy tourist beach in Mallorca, and it has been hailed as one of the most-significant shipwreck finds in the Mediterranean.

A couple spotted some broken fragments of amphora back in July 2019, which led to maritime archaeologists fully investigating the site and making the discovery of the Roman merchant wreck in just 2m of water off Ca'n Pastilla Beach in the Bay of Palma.

Divers have now finished raising the contents of the ancient vessel, and many of the clay amphora have retained not only remnants of their contents, but the inscriptions painted on the outside – amazing considering they have languished underwater for over 1,700 years.

Also recovered were two intact shoes, one made of leather and the other, espadrille-style, of esparto rope; a cooking pot; an oil lamp bearing the symbol of the goddess Diana; and a woodworking drill.

The project to recover the contents of the vessel, which was felt to be at risk of damage from waves due to the shallow location, not to mention potential looters, became part of Aequeomallornauta, run by regional authority the Conseil de Mallorca and maritime archaeologists from the universities of the Balearic Islands, Barcelona and Cadiz.

Now known as the ‘Ses Fontanelles' wreck, the 12-metre-long vessel is thought likely to have anchored at the site, and to have sunk when a storm forced it onto rocks.