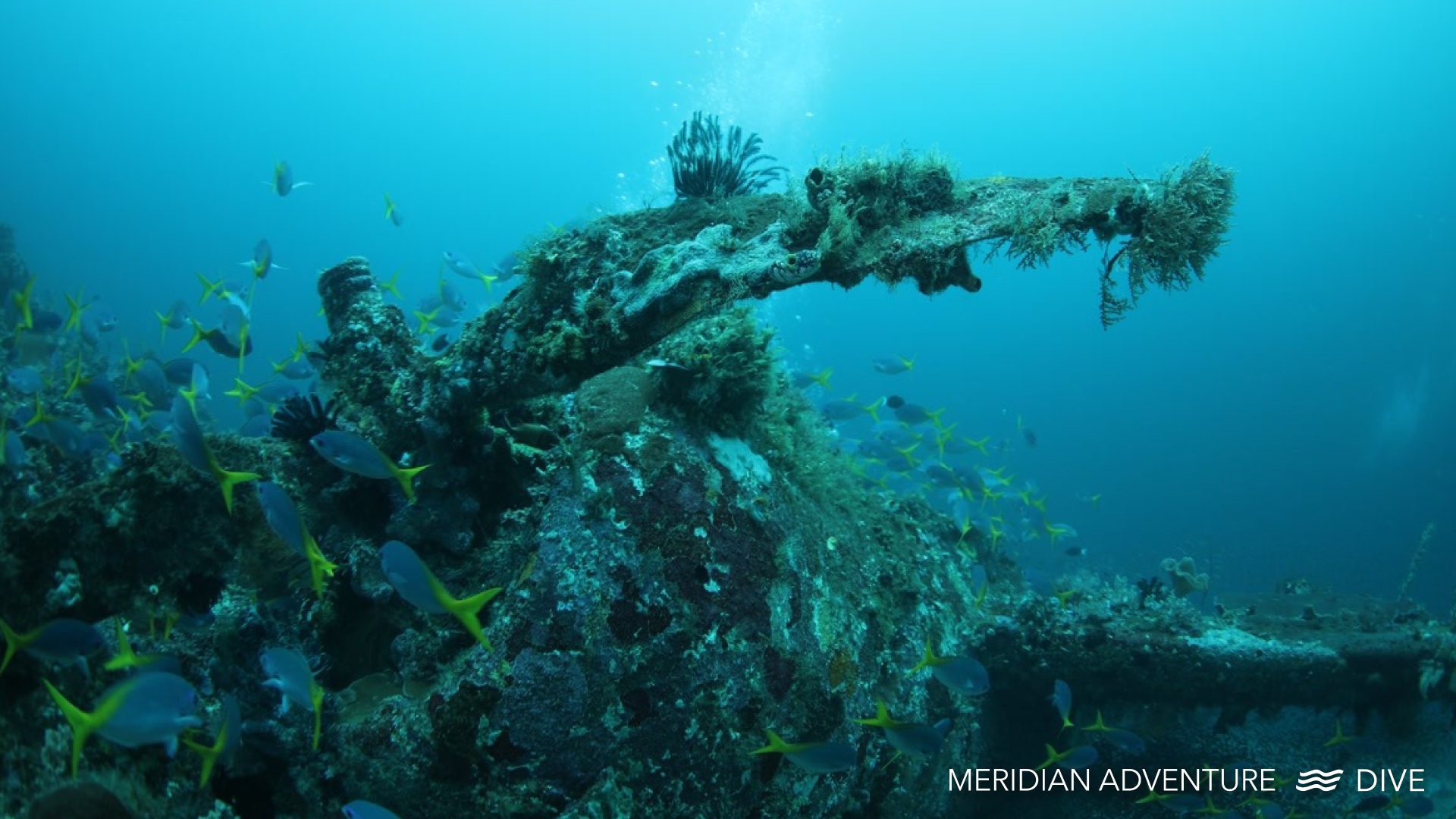 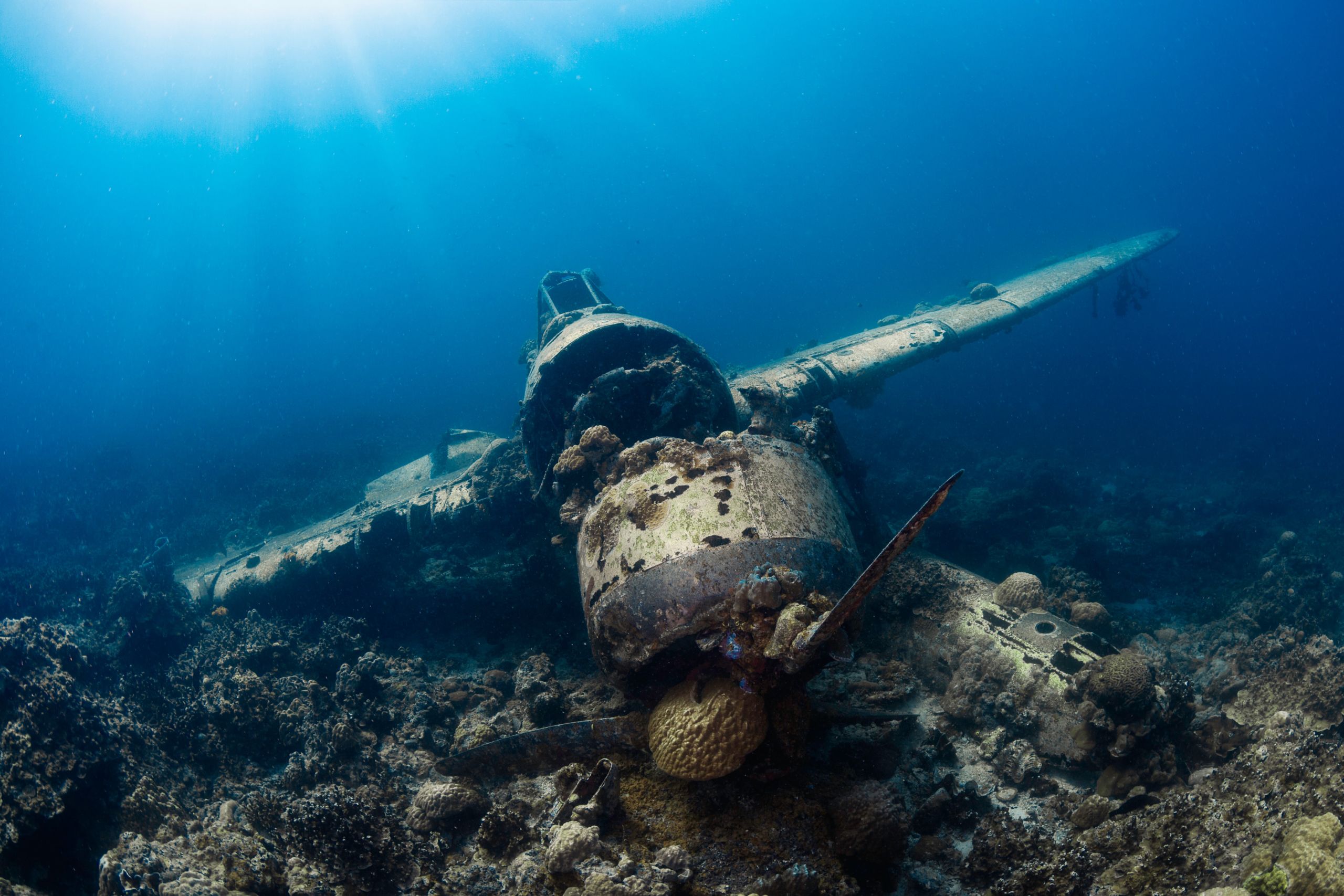 Raja Ampat is known as the most diverse ecosystem in the world, with thousands of marine species found in this tropical paradise. However, Raja Ampat is also home to the wreck of a P47 Thunderbolt, “Santa Maria” with a fascinating history.

The P47 Thunderbolt is a north American fighter aircraft, that saw service during the Pacific theatre of the Second World War. Although it was replaced by the more famous P51 Mustang in later stages of the war effort, the P47 still boasts one of the most impressive combat records of WWII.

Sadly, the “Santa Maria”, piloted by Major Harry Orden, did not see the end of the war.

On 21 October 1944, Major Orden led a strike group (“Tubby Flight”) of seven P47’s on an attack from their base on Noemfoor Island, in the Biak region of New Guinea, to Haroekoe in the west. During the battle, the squad used more fuel than anticipated and started their trip back to base low on fuel.

To further complicate matters, bad weather disoriented the pilots and soon they realised that they would not be able to make their way back to base. It was decided that all seven planes would head for an opening in the clouds and ditch in the ocean. While six of the P47’s successfully ditched, the seventh climbed to a higher altitude to radio base on their last known location, before joining the others in Wai Island, near the Batanta region of Raja Ampat.

While all seven pilots survived the emergency landings, and the night, the squadron was not so lucky with all seven of the P47’s being lost. Of the seven wrecks, three have been found by divers, while it is believed that there may be as many as ten other airplane wrecks to be found on the reefs surrounding Wai Island. 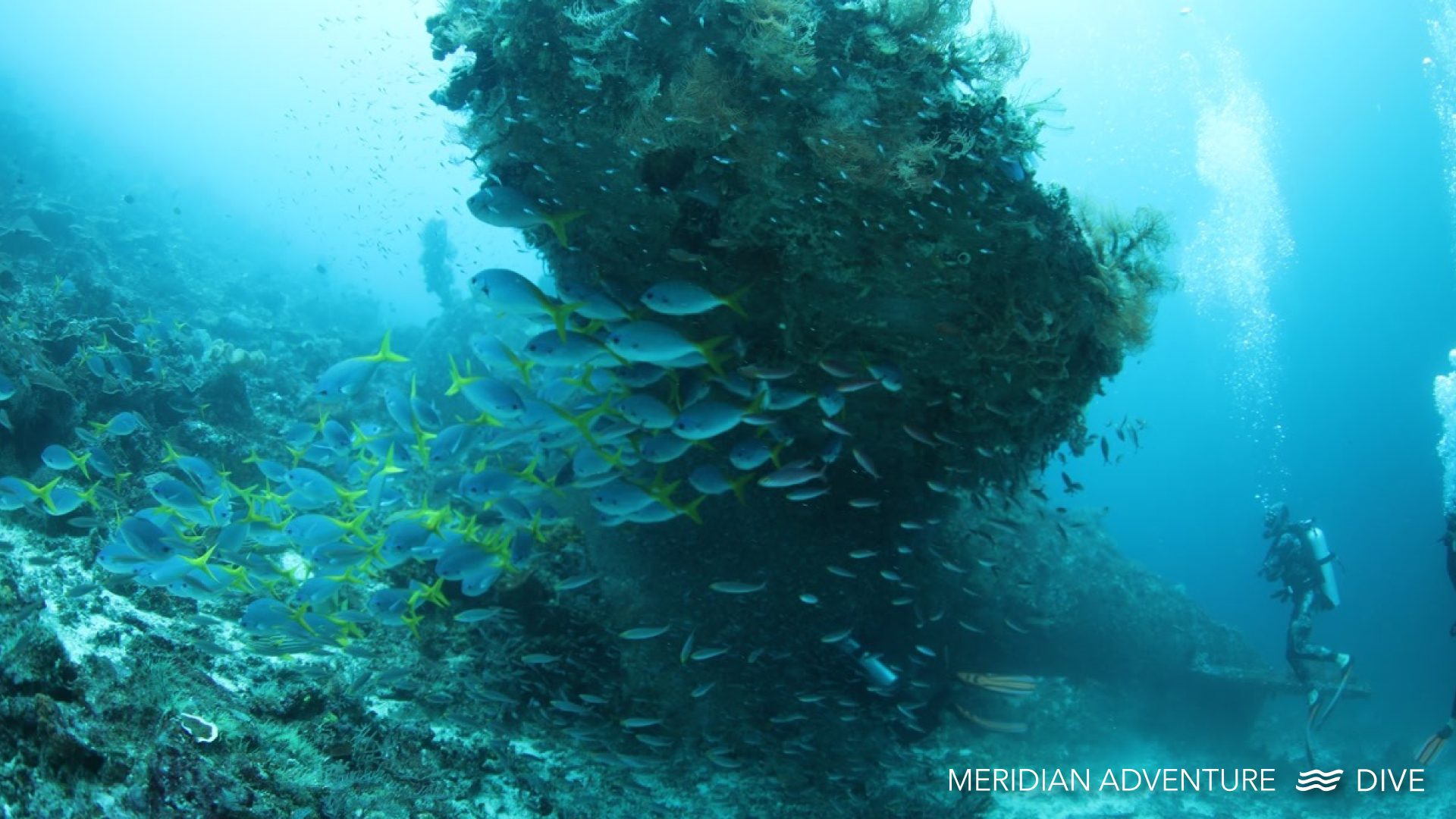 Of the three found P47’s, the “Santa Maria” is the most intact and accessible at 28m on a sloping reef. The second lies at 38m on the same reef system, but the depth only allows experienced and qualified divers to see this wreck. While the third is completely broken up in just 2m of water. 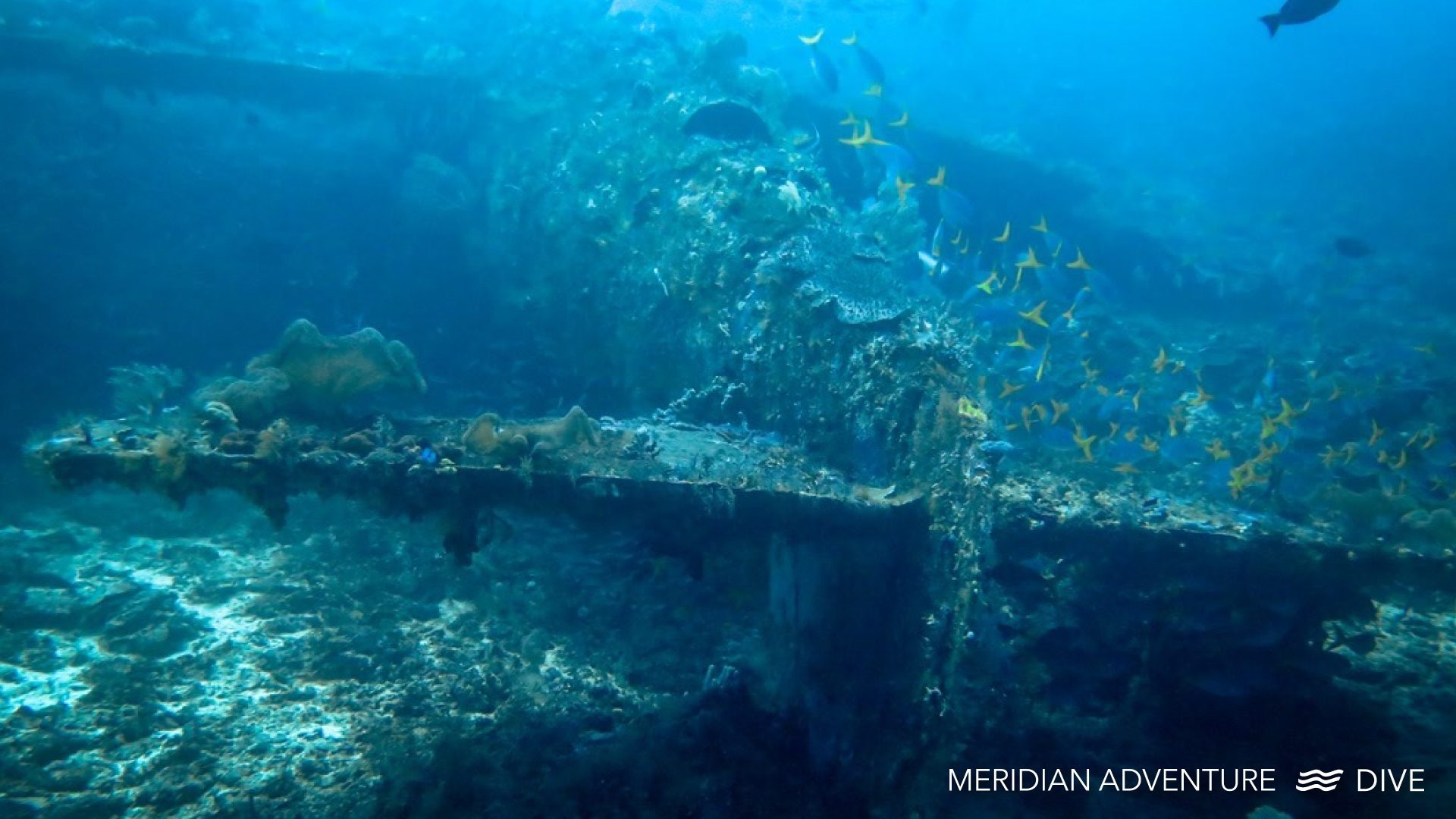 The “Santa Maria” is an impressive sight to behold. While the wreck is found upside down, the fuselage and wings are fully intact. Because of the depth, and the position of the wreck on the reef, the wreck has mostly been preserved as it is protected from the stronger currents that are common on the east side of Wai Island.

During the 60+ years the wreck has been underwater, coral growth and marine life have made the old war plane their home. The wreck sports colourful soft coral growth and groups of barracuda can often be seen around the wreck. Even though the wreck is not large, the wingspan only measuring 12m, it is still easy to spot on the reefs of Wai Island that are bursting with marine life and impressive coral growth, while the island itself, is one of the most picturesque islands in the entire Raja Ampat region.

This wreck is a must for any diver who enjoys history. Make sure to add this to your list of dive sites to experience in the area.