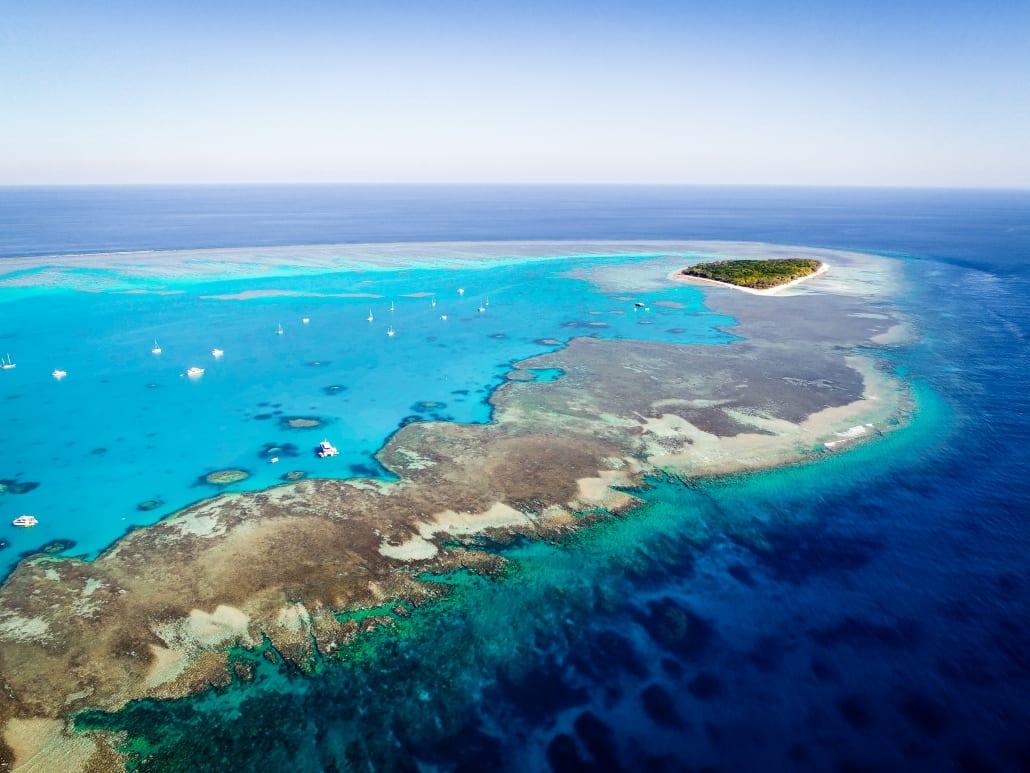 As we head into the depths of the Australian winter and might be plunging into the ocean just a little less, a good documentary can transport even the most dreary of days into a world of tropical reefs, misunderstood characters (ahum, Great White) and underwater paradise. Just what we need amongst lockdowns, cold temperatures, and the god awful rain.

Documentarian and wildlife filmmaker Sophy Crane has worked on documentaries for the likes of Discovery, SBS, National Geographic and Disney+ as well as producing environmental digital content reaching millions of people.

Sophy gives us her top 10 underwater documentaries to watch during lockdown:

This stunning underwater episode of the wider Tiny World series encapsulates everything we love about the ocean – the tiny creatures and remarkable characters that make up coral cities and keep them healthy. In this episode of Tiny Worlds, we hear the familiar tones of Paul Rudd (the original Ant Man) shine a spotlight on some of the lesser-known characters, amid spectacular cinematography.

We couldn’t possibly showcase the top 10 documentaries without including Sir David, and in this Emmy-award winning series, Blue Planet 2 deserves a mention – in its entirety. Notably the ‘Big Blue’ episode stands out, with fascinating stories on bubbling oceans and sperm whales. Something you might never notice is the sound design, the grinding, squeaking, and scratching created to replicate sounds of the ocean in this episode – and the entire series – is like nothing on earth.

A hero for many, Dr Sylvia Earle, AKA ‘Her Deepness’, features in this documentary as she uncovers the need for protected ocean areas around the world. This legendary marine biologist and oceanographer exposes ocean disasters and ways in which we can protect them – by creating a global network of protected areas, like those of National Parks. An educational and hopeful documentary by one of the greats.

From the director of ‘Chasing Ice’ Jeff Orlowski puts on another spectacular visual, and heart-wrenching documentary. A rare behind-the-scenes glimpse of an underwater production crew at their rawest as they uncover the scale of coral reef bleaching around the world. This team of divers, photographers and scientists set out on a thrilling ocean adventure to understand why the world’s reefs are vanishing.

This is one of those documentaries you need a strong coffee and a lot of hope for. An absolute must watch for any diver – or anyone at all. Australian journalist Craig Leeson exposes the stark truth and scale of our plastic problem.

Without a doubt one of the best wildlife documentaries to date, oscar-winning My Octopus Teacher transports the audience into an unknown world of wild animal relationships. It is an effortless showcase of conservation by association, as Craig Foster (star and producer), guides us through his unique friendship with a wild common octopus. We experience the highs and lows of the character, and gain a deep understanding of how nature can heal a broken soul.

Through shocking imagery and personal accounts, Blackfish exposes the true nature of captivity, through the eyes of Tilikum, an orca who killed three people during his captivity. This is one of the most poignant and behaviour-changing documentaries you can watch, and is an extraordinary account of why wild animals should not be used for human entertainment.

An expose of one of the most gruesome of secrets – in Taiji, Japan, a team of activists set out to uncover and film the brutal slaughter and capture of dolphins for use in entertainment and food. An activism film turned undercover operation, this is not only an important documentary to watch, but a gripping one.

A reenactment of a horrific saturation dive accident, Chris Lemons (diver) recounts his experience as his umbilical cable severed causing him to become trapped at around 100 metres deep with no heat, light or communication. An eye-opening insight into the dangers of deep-sea diving, Last Breath holds a story like no other.

Penguin Town has to get a mention somewhere, and given it’s not ‘officially’ an underwater-focused documentary, it deserves the wildcard status. Penguin Town takes wildlife documentaries in a whole new direction, and worth a watch. It’s funny, engaging and outright bizarre – a group of African penguins descend on Simon’s Town in South Africa every year. Their aim is to get as fat as possible and find a mate.